5 Food Ingredients That Deplete Your Bones Of Crucial Vitamins, Minerals, And Antioxidants - https://saveourbones.com

5 Food Ingredients That Deplete Your Bones Of Crucial Vitamins, Minerals, And Antioxidants 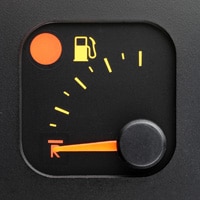 Did you know that there are five common food ingredients that actually starve your bones of vital nutrients, many of which are Foundation Supplements?

You see, in today’s pre-packaged, convenience-food world, all sorts of additives and preservatives are added to foods to prolong shelf life and to enhance color and flavor. These substances can undermine the bone-healthy nutrients you’re trying to replenish with food and supplements.

As you read through the following list, you might find that these additives sound familiar. In fact, it’s possible that some or all of these ingredients are lurking in your pantry or refrigerator. So this is a perfect example where knowledge can make a huge difference in your bone-building success.

This food additive is composed of formaldehyde, sodium cyanide, and ethylenediamine. It is exceptional at color and flavor preservation, and here’s how it works.

The discoloration and decay of foods begin with oxidation, and oxidation begins with free metals and heme compounds found in food. EDTA binds with these metal ions, preventing them from taking part in the chemical reactions of the oxidation process.

While EDTA is used as a heavy metal detox treatment because it’s such a powerful chelating agent, it does have a deleterious effect on your bones since it pulls crucial minerals from your digestive tract. Then these nutrients are excreted rather than getting transferred to your bones.

You’ve probably seen this caustic ingredient listed in the contents of colas. It preserves the bubbly, fizzy nature of soda and keeps it from going flat. In addition, phosphoric acid adds a “sharp” flavor and retards mold and bacteria growth (which would normally thrive in the sugary soda).

The problem with phosphoric acid is twofold: first, it prevents calcium and magnesium from being absorbed in your body. Second, it naturally “seeks” calcium with which to bind. And when you ingest phosphoric acid, you’re taking in phosphorus without any calcium. So the phosphorus molecules will bind with whatever calcium is available, which means it will head for your bones, literally dissolving them.

And it gets worse – when calcium is swept out of the body, it takes magnesium with it.

You’ll find guar gum in foods that require a thickening agent. It’s essentially the fiber from guar beans, but it’s not the kind of fiber you want to ingest in large amounts (and in isolation). Guar gum feeds the “bad” bacteria in the gut, causing imbalance.

When unhealthy bacteria overpopulate the gut, the competition for key nutrients intensifies, and the bad bacteria gain the upper hand. Then they consume the very nutrients your bones need, including crucial antioxidants like lycopene.

Sulfites are banned for use on fresh fruits and vegetables in the US, but they are used freely in many preserved foods. The primary use of sulfites is to maintain color and act as a preservative. However, sulfites deplete vitamin B1 or thiamin.

As one of the synergistic B-complex vitamins, thiamin is essential for bone health. Synthetic sulfites can contribute to allergic reactions as well, promoting bone-damaging inflammation.

You’ll find these salty preservatives in many processed and preserved meats. The terms are interchangeable, because nitrates are converted to nitrites during digestion.

Nitrites serve various purposes as preservatives. They maintain color and flavor, adding a salty kick to foods. But the major reason for the widespread use of nitrites is to kill Clostridium botulinum, the bacteria that cause botulism.

The use of nitrogen in chemical fertilizers means that some vegetables contain nitrites as well. The good news is, Vitamin C, which is also present in the vegetables, prevents the nitrites from forming nitrosamines, which are extremely acidifying and carcinogenic. In cured meats, nitrites are uninhibited by Vitamin C, and freely form nitrosamines.

The most insidious way that nitrites harm your bones is by depleting your body of glutathione, the Master Antioxidant that is crucial for healthy bones.

So what’s the takeaway? Read labels carefully when you shop. You’ll be surprised to find that certain brands (at least in the USA) now offer healthier alternatives in foods that normally contain these toxic chemicals, including the popular cold cuts.

Clearly, all of these food additives add to your body’s toxic load, which depletes your bones and prevents them from strengthening. Which means that your body needs to be cleansed of toxins in order to utilize the crucial nutrients that build and nourish your bones.

This is all the more reason to try to eat whole, fresh foods, preferably organic, and to avoid processed foods as much as possible.