Are You Using These 6 Most Common Excuses That Stop You From Exercising? - Save Our Bones

Are You Using These 6 Most Common Excuses That Stop You From Exercising? 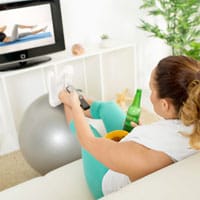 If you haven’t established an exercise routine for your bones yet, could you be making some of these common excuses? With cold weather coming in the Northern Hemisphere, it’s easy to find reasons to stop (or not start) exercising.

But research confirms that regular exercise is vital for bone health and general health – it builds bone density, slows the aging process, improves cardiovascular health, and a host of other benefits. In fact, a study published in the Lancet has shown that even a small bone density decrease in the femoral neck can have a big impact on hip fracture risk.

So in addition to exploring the top six exercise excuses, we’ll look at how to overcome them and enjoy healthful exercise anywhere, any time. And I also share the details of the study mentioned above.

I think most of us can identify with feeling tired. Life can be demanding and exhausting at times. But here’s the irony: lack of exercise can make you feel tired, setting up a cycle of fatigue and inactivity. The key to breaking this cycle is to get moving. You don’t have to make a trip to the gym, but simply taking a walk or doing a few simple exercises can perk you up.

2. “Exercising costs too much money.”

If you’re visualizing a gym membership, lots of workout gear, and long drives, then it’s no wonder you see exercise as pricey! Instead, try a different view of exercise. Think of doing yard work, taking a walk, doing squats in your living room, and so forth. You’ll begin to see that exercise takes many forms, none of which have to cost a lot of money.

This is probably the most common of the common excuses. We are all so busy, and exercising just seems like one more thing to add to your to-do list. Again, this has much to do with your view of what constitutes exercise. If you’re visualizing an entire afternoon or morning at the gym, then naturally you’re going to think of exercise as taking tremendous amounts of time. But the truth is, you don’t have to put in hours at a time for exercise to be highly effective.

For example, you can spend just one minute stretching and three minutes marching in place. Or march in place for one minute, do squats for two minutes, and simple wall exercises for a couple of minutes. If you take these four- or five-minute breaks throughout the day, the time will accumulate and you’ll get thirty minutes or more of total exercise by the end of the day.

4. “Exercise is too difficult.”

Some forms of exercise can seem overwhelmingly difficult, like intense weight-lifting or long-distance running. But not all exercise is difficult – not by a long shot. Some of the simplest exercises can be effective, such as walking or balance exercises. You can even do many exercises sitting right in your chair. So “it’s too difficult” is no excuse!

5. “I am too old to start exercising”

Actually, exercise becomes even more important as you age. Did you know that regular exercise actually slows the aging process? Both human and animal studies have shown that exercise produces more youthful skin, less gray hair, and healthier hearts and brains.

In addition, exercise is crucial for preventing falls in elderly people, as evidenced by a study published in JAMA. After looking at independent, randomized, controlled clinical trials that studied the effects of exercise on falls and injury, the researchers concluded that exercise reduces the risk of falls for elderly adults.1

This underscores the fact that exercise is of particular importance for older people. As you can see, exercise is not just for the young!

This is not the same as feeling tired. This excuse is more about a lack of motivation, which happens to everyone at one time or another. Sometimes, motivation wanes because of some of the above excuses, such as feeling too old or tired. Other times, it might be inclement weather or less daylight, as occurs in the winter months.

There are many ways to overcome these obstacles and boost motivation, such as setting small, realistic goals or asking a friend to commit to exercising with you.

Why Bother Overcoming All These Obstacles?

You may be wondering what difference it makes. After all, aren’t vitamins, minerals, and a bone-healthy diet enough? While these are certainly crucial elements for building strong bones, they aren’t enough for rejuvenating bones. Exercise is a vital element in the fight against osteoporosis and for fracture prevention, and here’s why.

When researchers reviewed the bone density data on 8,134 women over the age of 65, they reported that:

Like most mainstream scientists, the researchers don’t address the issue of bone quality vs. bone quantity, but aside from that, we can look at this study in a positive way. In other words, increasing bone density by just one SD can greatly decrease hip fracture risk.

The hip bones are, in fact, an area of focus in the Densercise™ Epidensity Training System (other fracture-prone areas, such as the spine, femur, wrists, ankles, and more are covered in Densercise™, too).

A hip fracture can be devastating, so it makes sense to build bone in this area. But as you can see from today’s post, it doesn’t take a radical exercise regimen to reverse bone loss and prevent fracture. It just takes some deliberate choices and a willingness to be proactive.

Densercise™ is inexpensive, takes just 15 minutes, three days a week, and can be done anywhere without special equipment. So much for not having enough money, time, or space! In these and other ways, Densercise™ helps you overcome these common excuses to enjoy a healthful, energizing, bone-building exercise routine.

Stay active and have fun!