Beyond Epigenetics: This Reverses Aging Of The Chromosomes In Your Bone Cells - Save Our Bones

Beyond Epigenetics: This Reverses Aging Of The Chromosomes In Your Bone Cells 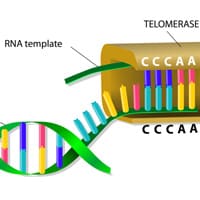 Sometimes my research reveals some startling truths. In the case of today’s topic, I can say that this genetic phenomenon has been one of the most positive and exciting revelations I’ve ever discovered with regards to bone health. And your doctor probably doesn’t even know about it.

After being diagnosed with osteoporosis, I quickly realized that it can be easily reversed without drugs, even if osteoporosis (or osteopenia) runs in your family.

Today we’ll delve into the fascinating realm of genetics and learn more about the recent ground-breaking research on this topic that gives yet more ammunition to reverse and prevent osteoporosis.

Back in 1985, a remarkable scientist, Elizabeth Blackburn, and her assistant, Carol Greider (both at UC Berkeley at the time) discovered a brand-new enzyme they named telomerase. This amazing and somewhat enigmatic enzyme lengthens key genetic components known as telomeres.

Blackburn’s and Greider’s discovery led to their winning the Nobel Prize in Physiology or Medicine in 2009. Blackburn and her colleagues continue to research this fascinating field, branching into new realms including the risk of disease and the science of aging.

What The Telomere Tells Us

These bits of DNA called telomeres are attached to all 46 chromosomes in every cell of your body. They act as a sort of hourglass to determine your rate of aging…and remarkably, their activity can sometimes run in reverse.

Each time your cells replicate themselves in the renewal process, the telomeres, activated by telomerase, tend to shorten slightly. Research suggests that the presence of telomerase prevents and decreases telomere shortening. This is significant, because longer telomeres (and by extension, higher levels of telomerase) are associated with longer, healthier lives most likely due to the avoidance of chronic modern “diseases”.

What Telomere Length Means For Your Bones

A 2007 study reveals the correlation between telomere length and osteoporosis. Scientists studied leukocyte telomere length in 2,150 women between the ages of 18 and 79. The researchers made proper adjustments for various factors such as age, hormone replacement therapy, smoking, etc., and made this shocking conclusion:

Can Telomeres Be Lengthened?

The good news is, research shows us some definite things you can do that will help prevent your telomeres from shortening (and lengthening those that have shortened already). The jury is still out regarding whether telomere length is the driving force behind younger bones, or if it is a consequence of it. Either way, this genetic component must be addressed if you want to turn back the clock on your bones.

The secret is to keep your levels of the crucial enzyme, telomerase, high enough to rebuild the telomeres and prevent them from shortening. Here are some ways you can do that.

Notably, researchers found that getting the above nutrients from taking multivitamins did help lengthen telomeres, but “…higher intakes of vitamins C and E from foods were each associated with longer telomeres, even after adjustment for multivitamin use.”4 One of the researchers, Dr. Christine G. Parks, noted that “eating a diet rich in those nutrients may be better” than relying on multivitamins.

This aligns perfectly with the Osteoporosis Reversal Program approach, which focuses on whole foods as the most bioavailable source of bone-rejuvenating Foundation Supplements.

And there’s more you can do to lengthen telomeres, something really easy, as you’ll discover next, because…

Blackburn and her colleagues conducted a study on 63 postmenopausal women, and found that exercise offsets the telomere-shortening effects of stress.5 In fact, exercise actually increases telomerase levels according to their research.

Specifically, researchers in the above study found that the benefits of exercise kicked in after participants engaged in 42 minutes of vigorous exercise for three days, which averages out to 14 minutes per day.

Amazingly, this is really close to the amount of time you’d be exercising when you follow the Densercise™ Epidensity Training System (15 minutes, three times a week). And as the name implies, the genetic component is incorporated into the program.

You see, you’re not stuck with the bones you inherited or the bones you have now. You can do something to influence which genes are expressed and take control of the future of your bone health.

If I were to list the benefits of exercise, it would take many pages – volumes, even! And now, you can add lengthening and maintaining telomeres to that list of benefits.

If you haven’t already, now’s the time to get started. Winter is coming here in the Northern Hemisphere, when you may get stuck inside due to inclement weather. Densercise™ can be done indoors or out, so your bones don’t have to wait for spring.

There’s no need to put it off any longer. It’s time to get moving and start building younger bones!