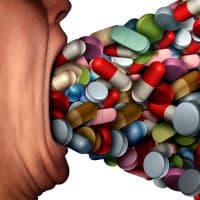 The creation of this “disease” has been so effective that the number of Restasis users has continued to grow. In a recent report, Allergan boasted that the demand for this type of drug has grown 30% since last year.4

Big Pharma is barking up the wrong tree, and their reductionism is at odds with the function and form of the human body. Our biology is complex beyond our complete comprehension, and using chemicals to artificially alter the function of our brains, hormones, and other biological systems can have many negative ramifications.

If you haven't already, you can read more about the history of the invention of osteoporosis, the ways the Medical Establishment has profited from it, and learn about a natural, drug-free treatment to combat bone loss in the Osteoporosis Reversal Program. Don’t be frightened into believing you’re sick and helpless by advertising, doctors, or the drug industry. You are intelligent, capable, and full of life!