Can Exercise Make People Happier Than Money? Here’s The Science-Based Answer - Save Our Bones 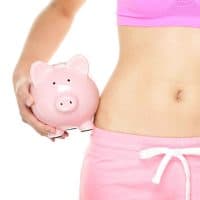 I remember it like yesterday. Back in the summer of 1995, I was at the grocery store with my sons, and after the cashier rang up all my purchased items, she looked at me straight in the eyes and said that my credit card had been declined.

I recall the embarrassment and a horrible sinking feeling in my stomach. But while I’ve had financial hardship in my younger years, even during those difficult times I kept things in perspective and focused on my health and that of my family's. I remember how much better that made me feel. My bank account may have been down but my spirit was always up.

So I wasn't at all surprised this week to read in a new study that researchers at prestigious Yale and Oxford Universities have found that exercise makes people happier than money.

Today we'll look at the details of that study, and also previous scientific literature on the emotional benefits of exercise. We're living through a frightening and stressful worldwide event, so it's more important than ever to take active steps to support our emotional and mental health.

A Study On Exercise And Mental Health

Researchers at Yale and Oxford embarked on a massive cross-sectional study that included data from 1,237,194 participants to asses the association between exercise and mental health.

They compared the self-reported bad mental health days of individuals who exercised to those who did not.1 The comparison accounted for a variety of factors, including age, race, gender, health, education level, and income.

Individuals who exercised had 1.49 fewer days of poor mental health per month. The most effective exercise schedule was about 45 minutes three to five times per week. The fact that regular exercise has a positive impact on mental health is important, but it isn't news. It's additional confirmation of what many other studies have already shown, strengthening our confidence in this conclusion.

However, the information about the participants' income makes the study unique, as it gives us a glimpse into the impact of money on mental health, alongside exercise.

Notably, the amount of time spent exercising had a bigger correlation with happiness than individuals' income amount. Some readers might expect that the strain of getting by with very little income might outweigh the benefits of regular exercise, but this study finds otherwise. The findings suggest that a sedentary person can decrease their number of bad mental health days by taking up a regular workout routine, and that this action has the same mental health benefit as earning an additional $25,000 a year.1

A cross-sectional study of more than 1.2 million participants found that regular exercise reduced the number of bad mental health days reported by participants. Those who exercised were markedly happier than those who didn't, even if they earned less income.

Other Studies That Support This Correlation

Another study of 80 participants with depression found that exercising three to five times a week led to an almost 50% reduction in depressive symptoms. Unlike the study above, which relied on self-reported data, the participants had to exercise in a supervised laboratory setting.

They were divided into four groups that engaged in different levels of aerobic exercise or different numbers of sessions per week and a placebo group that was simply doing stretches for 15 to 20 minutes three times a week. The lowest energy-expenditure group didn't see the same positive benefits as the moderate and high energy-expenditure groups. The study concluded that exercise is an efficacious treatment for mild to moderate depression.2

An Australian study approached the question from a different angle. Instead of looking at the impact of exercise on participants diagnosed with depression, they examined whether exercise provides protection against new-onset depression and anxiety. They also measured the intensity and amount of exercise required to gain this protection.

The cohort of this study was much larger than the laboratory study, including 33,908 adults who were followed for 11 years. Researchers that found even an hour per week of exercise reduced symptoms of depression, but not anxiety. Assuming the relationship is causal, the researchers posited that 12% of future cases of depression could have been prevented if all participants had engaged in at least one hour of physical activity each week.3

That is a remarkable result for such a small amount of effort. It goes to show that every step forward brings you closer to your goals. You don't need to do the maximum to get the benefits of exercise; even if you start small, it can have a positive impact on your mental and emotional health.

Multiple studies have found that regular exercise improves mental and emotional health. A study of people with depression found that moderate to intense energy-expenditure exercise three to five times a week led to significant reductions in depression symptoms. A second study found that people without depression are less likely to develop it if they partake in at least one hour of exercise per week.

The direct bone-building effect of weight-bearing exercise is a scientific law, called Wolff's Law. So we can say with complete confidence that your physical activity is generating new bone. But the emotional impact of exercise also contributes to bone health.

Scientists at Hebrew University delved into the question of why people with depression tend to have low bone density. The study examined the effects of depression on mice. They found that when depression triggers the sympathetic nervous system, the resultant release of noradrenaline leads to bone loss. That's because noradrenaline has a negative impact on the bone-building cells, called osteoblasts. This discovery illuminates the underlying mechanism by which poor mental health damages bone health.4

Another study followed 1,147 postmenopausal Finnish women for 10 years to compare feelings of life-satisfaction to bone density. They found that those who reported feeling satisfied with their lives had a 53% higher bone density than those who felt unsatisfied. Additionally, women whose sense of well-being declined over that decade showed an 85% reduction in bone mineral density compared to those whose outlook had improved.5

These results make it clear that mental and emotional stability are intrinsically tied to bone health and overall well-being.

Depression is linked to bone loss. Studies have found that depression causes the release of noradrenaline, a compound that reduces the ability of osteoblasts to build new bone cells. A Finnish study found that feelings of life-satisfaction are closely tied to bone density in postmenopausal women. Since exercise improves mental health, it also provides protection from the bone-damaging effects of depression.

These days, we’re all facing anxiety-causing uncertainty because of the COVID-19 pandemic. The studies in today's article offer clear and proven means for alleviating some of that anxiety and preventing the onset of depression.

Even better, the exercise that makes you feel better will also make your bones stronger. If you could use some guidance, support, and structure to help you successfully build a sustainable workout routine, try SaveTrainer now. It's the Save Institute's virtual on-demand video workout class platform and it'll get you on the road to stronger bones and higher spirits.

You can build healthy habits now to carry beyond the end of this global emergency. Stay strong and positive!