Brand-New Study: One Hour Of Low-Intensity Exercise A Week Can Combat Depression (And Save Your Bones!) - Save Our Bones

Brand-New Study: One Hour Of Low-Intensity Exercise A Week Can Combat Depression (And Save Your Bones!) 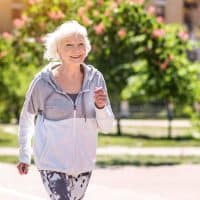 Sadness is an emotion that we all experience from time to time. A typical response to a difficult situation, it often passes as the trouble dissipates. Depression, on the other hand, is a condition that brings on feelings of hopelessness and despair, and in severe cases, that life is not worth living. Clearly, the emotional ramifications of depression can be devastating.

The physical manifestations of depression are often significant and can mimic serious medical illnesses. From chronic aches and pains to gastrointestinal problems, depression illustrates the connection between our physical and mental health.

In fact, studies have shown that depression is a risk factor for low bone mineral density and fractures. Today we’ll review some of those studies as well as a just-published landmark study confirming that as little as a one-hour session of low-intensity exercise per week can deliver significant protection against depression.

Depression is a serious mental health problem that affects 16.1 million adults in the United States each year.1 While some people conceal their depression, others may not even realize that they are depressed. Well-intentioned friends or family may interpret symptoms of depression as laziness or negativity.

According to the Diagnostic and Statistical Manual of Mental Disorders, (DSM-5), there are nine different types of diagnosable depression used by mental health experts.2 Although generally considered to be a specific disorder with a fixed set of symptoms and treatments, depression varies significantly from person to person.

Some of the most common symptoms of depression include loss of interest in activities that once brought pleasure, decreased energy, difficulty concentrating, memory problems, sleep disturbances or excessive sleep, appetite changes, increased irritability and anger, persistent physical symptoms, and thoughts of death or suicide.

Those who suffer from long-term depression experience increased social isolation, are more likely to participate in behaviors such as substance abuse and have a higher risk of death.

Additionally, studies have shown that recurrent depression shrinks the hippocampus – the part of the brain responsible for making new memories and controlling the emotions related to those memories.3

Several studies have linked depression with an increased incidence of bone loss. One study, in particular, found that those who suffer from depression have significantly lower bone mineral density (BMD) results.4 According to the study, depression causes bone loss through the stimulation of the sympathetic nervous system that connects the brain to the skeleton. When this system is activated, noradrenaline, also called norepinephrine, is secreted from the adrenal glands and the brain. Like cortisol, this neurotransmitter and hormone reaches high levels in dangerous or stressful situations and causes anxiety and restlessness, among other things.

Another study published in 2014 followed 1,147 postmenopausal Finnish women over a period of ten years. Researchers found 52% higher bone density in women who reported feeling satisfied with their lives versus those who reported feeling unsatisfied. Further, while bone density decreased by 4% in all women over the decade, those whose sense of well-being had deteriorated showed an 85% decline in bone mineral density compared to those whose spirits had improved.5

The Problem With Conventional Psychiatric Drugs

Like all medications, antidepressants have a long list of side effects. They include nausea, sexual dysfunction, insomnia, diarrhea, anxiety, and dry mouth, just to name a few. Additionally, psychiatric drugs are known to deplete crucial nutrients, both for overall health and bone health.

One common class of medications that are prescribed for depression are selective serotonin reuptake inhibitors (SSRIs). Prozac, Zoloft, Paxil, and Celexa are examples of these drugs that work by blocking the reabsorption of serotonin in the brain, thus increasing its availability.

SSRIs not only impact brain function, but they also affect the digestive tract. As 95 percent of the body’s serotonin is found in the gut, SSRIs can influence the body’s ability to absorb nutrients. In fact, one of the most common side effects of SSRI medications is digestive upset. Science has shown that when the gut is out of balance, it is unable to function optimally.

Antidepressants have been commonly found to deplete several key nutrients, such as coenzyme Q10, an antioxidant that also plays a crucial role in the production of energy. Antidepressants have also been shown to have the same impact on magnesium, other essential B vitamins, as well as a plethora of other vital nutrients.

Further, studies have shown that prescription drugs to treat depression cause an increase in bone loss. For example, in a large cohort, elderly women on SSRIs experienced greater bone loss at the hip.6

Additionally, medications such as SSRIs and tricyclic antidepressants (TCAs) can cause fractures by increasing the risk of falls, especially in the elderly population. SSRIs and TCAs cause arrhythmias and postural hypotension, both of which can lead to dizziness and loss of balance. One extensive study substantiated these claims, showing that patients taking either SSRIs or TCAs were at increased risk of hip fractures.7

Groundbreaking Study: Just One Hour A Week Of Exercise Protects Against Depression

A recently-published study has shown that engaging in even a small amount of light exercise can ward off the symptoms of depression.8

An international team of researchers, led by the Black Dog Institute in Australia, conducted an in-depth analysis of 33,908 Norwegian male and female adults who had their levels of exercise and symptoms of depression and anxiety monitored over a period of 11 years.

The healthy subjects were asked to report how often they exercised, as well as the intensity, ranging from without becoming breathless or sweating, becoming breathless and sweating, and exhausting themselves. They then filled out self-assessment questionnaires with questions related to anxiety and depression.

The study findings were impressive, revealing that those who reported doing no exercise at baseline experienced a 44 percent increased the chance of developing depression, compared to those who were exercising only 1-2 hours per week. Interestingly, the researchers also discovered that individuals did not have to become breathless, sweaty, or exhausted to reap the rewards from exercise. Overall, the researchers found that 12 percent of depression cases could be prevented if people undertook just one hour a week of exercise.

The findings are exciting because they suggest that even a small amount of exercise each week can deliver significant protective effects against depression. As our society has become more sedentary, and levels of depression continue to climb, this study illustrates that even minor lifestyle adjustments can ward off mental health problems.

The research findings confirm what we have long been advocating in the Osteoporosis Reversal Program. Exercise does not have to be exhausting and time-consuming to be beneficial for the body, bones, and brain. As you learned today, even one hour of exercise a week protects your mental and physical health.

The Densercise™ eBook System is designed to give results with sets of exercises to be practiced fifteen minutes a day three days a week. The 52 targeted Densercise™ moves allow you to reap all the benefits of exercise while building your bones.

If you haven’t yet, committing to Densercise™ will ensure that your mood is elevated and that you are using natural methods to ward off depression. Your bones and your brain will thank you!