Is Your Body Producing Too Much Of This Bone Damaging Chemical? - Save Our Bones

Is Your Body Producing Too Much Of This Bone Damaging Chemical? 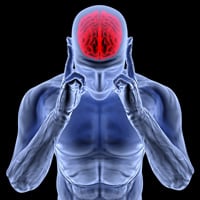 I often bring you news about chemicals that can harm your bones and how to avoid them. But what if one of those chemicals is manufactured inside your own body?

The chemical I’m talking about is a stress hormone called cortisol. It’s a natural steroid produced by the adrenal glands in response to stress. And who doesn’t have stress? And as you may know, controlling your cortisol levels is an important factor to reversing and preventing bone loss. For that reason, I’ve written extensively about stress and bone health in the past.

So today we’re going to look at an ancient herb that can help keep cortisol – and stress levels – under control.

How Does Stress Harm Your Bones?

Here is how it works: stress signals the adrenal glands to make cortisol, and it’s the cortisol that does the damage. When this happens now and then, such as in urgent situations that quickly pass, your brain and body benefit from the cortisol boost. But if the stress is on-going and chronic, cortisol levels stay high, exhausting your system and damaging your body, including your bones. Cortisol is actually acidifying, and if you’re familiar with the Osteoporosis Reversal Program, you know that an acid/alkaline imbalance destroys bone.

It’s been known for quite some time…

…that cortisol decreases bone density. As far back as 1983, a study published in the New England Journal of Medicine concluded that “long-term steroid therapy in asthmatic patients is associated with decreased trabecular bone density and an increased prevalence of rib and vertebral fractures.” 1

Cortisol actually takes potassium out of bone cells, and it also reduces intestinal absorption of calcium.

Getting Your Cortisol Levels Under Control

There are various ways to do this, such as following an acid/alkaline balanced diet as outlined in the Osteoporosis Reversal Program, which also includes 10 ways to reduce stress. You can listen to music, take deep breaths throughout the day, and exercise regularly.

You can also take Ashwagandha, an herb whose extract reduces cortisol levels in the body.

Published studies have focused largely on animals, and have shown a distinct decrease in cortisol levels when an Ashwagandha was administered. But in 2005, an unpublished study by NutrGenesis involved human subjects.2 These lucky participants not only had their cortisol levels reduced by up to 26% after taking an Ashwagandha extract, called Sensoril®, but they also reported better sleep, less fatigue, and an increased sense of well-being.

Ashwagandha is a Powerful Plant…

…That is used in Ayruvedic medicine. The root must smell rather unpleasant, as the name “Ashwagandha” derives from the Sanskrit words for “horse” (ashwa) and “smell” (gandha)! But various parts of the plant are used medicinally, including the red berries and yellow flowers. In Ayruvedic medicine, the plant is taken as a decoction, made by boiling 1 tablespoon of the root in a cup of water. You can also take Ashwagandha as a tincture.

Ashwagandha can also be taken in pill form. In fact Ashwagandha extract, Sensoril®, is included in TrueOsteo, the organic calcium supplement I strongly recommend.

One of the things that impressed me most about TrueOsteo is its unique blend of ingredients, and that it's the only calcium supplement I know of that includes Ashwagandha.

This is why I arranged for a special 20% off coupon just for the Save Our Bones community.

If you’d like to take advantage of this special discount, click here and enter the coupon code SAVEOURBONES when you check out.

And if you have questions about calcium and are confused about which kind to take, make sure to read my in-depth article titled “Confused About Calcium? Read This”.

Reducing stress and strengthening your bones – sounds like a win-win!