Probiotics And Bone Loss: Brand New Study Uncovers Amazing Link Between The Two - Save Our Bones 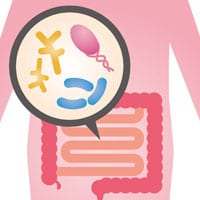 Your body is teeming with a complex community of microscopic life forms referred to as the human microbiota, inside and out. Upsetting the balance of these organisms, particularly in the gut, is just one short course of antibiotics away, according to a recent study that also reveals such an imbalance can last for an entire year.

But the good news is that, as a just-published study confirms, microbiota-balancing probiotics act as protectors against post-menopausal bone loss, thanks in large part to the remarkable metabolic connection between your bones and your immune system.

Boosting Immunity In Preparation For Winter

As we approach mid-October in the Northern Hemisphere, many of you are experiencing the first chilly weather of the season. With the seasonal change come colds and flu, and a host of other illnesses that proliferate during the fall and winter months.

Your immune system is the first line of defense against these “bugs,” so you’ll want to make sure it’s in top shape, and not only to avoid illness. Nurturing and strengthening your immune system also helps your bones, and we’re beginning to understand more about the mechanism by which this occurs.

Researchers are discovering more about the amazing interplay between your immune system, hormone levels, digestive health, and bone strength.

Study Shows The Connection Between Immunity, Estrogen, And Osteoporosis

While scientists (and Savers) have known for some time that the immune system plays a role in post-menopausal osteoporosis, it was unclear as to the mechanism behind this interplay. A study on mice sheds new light on this concept.

Researchers removed the ovaries of female mice. The resulting loss of estrogen increased the permeability (and thus the susceptibility to infection) of the gut. The mice’s immune systems then responded by increasing the number of Th17 cells and levels of inflammatory cytokines – both substances that break down bone.

Th17 cells are a subset of T-helper cells that produce and regulate cytokines, which are chemical messengers that manage the immune response. Among their many roles, cytokines are involved in bone resorption by stimulating the production of osteoclasts, the cells that tear down bone. The process of osteoclast synthesis is called osteoclastogenesis. A 2008 report explains this process:

Osteoclasts are necessary for healthful bone remodeling, of course; but when Th17 and cytokine production is excessive, then osteoclast action is also excessive, leading to bone loss.

Back to the ovariectomized mice – the drop in estrogen (which happens during menopause in humans) resulting from the procedure was the key signal that increased the Th17 cells and, in turn, the cytokines that stimulated the excessive osteoclast activity. The very first stimulation of this bone-destroying process was caused by increased gut permeability.

To observe the relationship between gut permeability and osteoclasts, the researchers administered Lactobacillus rhamnosus GG (LGG) twice a week to some of the mice. LGG is commonly found in yogurt and other fermented foods. Another group of mice was given an eight-strain mix of bacteria. The mice were divided into still three other groups: one group that was given no probiotics at all, another one was given a non-probiotic strain of E.coli, and another was given a mutated form of LGG with a genetic defect that prevented it from sticking to the intestinal walls.

The mice were evaluated after a month on their respective regimens. Here is what they found:

The mice given the E.coli or the mutated PGG showed no improvement, and the researchers declared these supplements “not protective.”

“Our data further suggest that probiotics that decrease gut permeability have potential as a therapeutic strategy for postmenopausal osteoporosis.”2

Believe it or not, there’s even more to this study. As part of the overall experiment, researchers raised female mice in a completely germ-free environment and gave them a type of drug that prevents ovarian hormone production. Their bone density did not decrease, indicating that existing gut bacteria (which these mice did not have) activate the immune cells that begin the process of bone loss in response to estrogen depletion.

In summary, what this study shows is that a drop in estrogen causes greater permeability of the gut, which in turn signals cellular processes by the immune system resulting in bone density reduction. And this study proves that probiotic supplementation prevents this particular mechanism that leads to bone loss.

Reduced levels of estrogen are not the only cause of gut imbalance. The biggest culprit behind upsetting the human microbiome is the misuse and overuse of antibiotics.

One Short Course Of Antibiotics Can Upset Human Flora For A Year Or Longer, European Study Shows

It’s well known that antibiotic-resistant bacteria are proliferating at an alarming rate; and it’s also well known that antibiotics cause intestinal distress. In an attempt to better understand these concepts and their connection, scientists in the UK and Sweden conducted randomized, placebo-controlled clinical trials that involved giving 66 participants various antibiotics and studying the effects on their oral and gut microbiomes (which were analyzed before the study to obtain a baseline).

The four antibiotics used in the study were clindamycin, ciprofloxacin, minocycline, and amoxicillin, and participants took their respective antibiotic (or a placebo) for one week. The researchers found that the gut microbiome “was severely affected by most antibiotics,”3 with the most alarming effect being the severe impact on specific bacteria that produce butyrate.

Butyrate is a fatty acid with antioxidant anti-inflammatory properties. The bacteria that produce butyrate met their demise at the hands of clindamycin and ciprofloxacin in particular, with reduced microbiome diversity still present in some clindamycin-takers after 12 months.3 The potential for chronic intestinal inflammation due to antibiotic use is therefore highly significant.

Another finding was the proliferation of antibiotic-resistant genes in the participants’ microbiomes following antibiotic treatment, pointing an undeniable finger at how just one week of antibiotics contributes to antibiotic resistance among microbes:

“Clearly, even a single antibiotic treatment in healthy individuals contributes to the risk of resistance development and leads to long-lasting detrimental shifts in the gut microbiome.”3

The Vital Importance Of Probiotic Supplementation

While I’m not suggesting that you forego antibiotics when they are truly necessary, I’d like to point out that probiotic supplementation is absolutely essential for your body to recover after a course of antibiotics. In addition, research shows that to prevent bone loss caused by decreased hormone levels, it’s crucial to take probiotics during and after menopause.

The quality of probiotics you choose makes a big difference, as illustrated in the first study. TrueLife PB™ is an exceptional supplement that contains six strains of extensively-researched probiotics, including L. rhamnosus referred to in the mouse study above. In addition, TrueLife PB™ includes two prebiotics to “feed” the helpful bacteria in the intestines.

No refrigeration is necessary, because the capsules are individually sealed in opaque foil packaging that protects the capsules from light, moisture, and air. So they arrive perfectly preserved and ready for ingestion.

NatureCity, the manufacturer of TrueLife PB™, have extended a special savings opportunity for Savers only: 20% off your first order.

In view of these studies, TrueLife PB™ is a highly beneficial addition to your bone-health goals and your overall health!