Can Antibiotics Damage Your Bones? - Save Our Bones

Can Antibiotics Damage Your Bones? 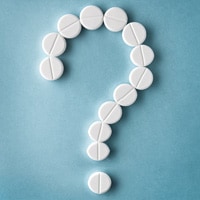 When antibiotics were first discovered in the 1940s, it marked the beginning of a new era that seemed to signal the end of infectious disease. Doctors became quick to prescribe these germ-killing drugs to stop and even prevent infections.

But the golden era of antibiotics has come to an end. Not only does this indiscriminate prescribing contribute to the formation of scary “superbugs” (antibiotic-resistant bacteria); it also poses other health dangers including harm to your bones.

Unfortunately, the Medical Establishment seems to blatantly ignore this. According to a recently published study…

It turns out that most sore throats and bronchitis will resolve on their own with plenty of rest and fluids. Yet a recent study shows that most patients with sore throats or bronchitis are still walking out of the hospital or doctor’s office with a prescription for an antibiotic (more on the study later).

“We know that antibiotic prescribing, particularly to patients who are not likely to benefit from it, increases the prevalence of antibiotic-resistant bacteria, a growing concern both here in the United States and around the world,”1 says Dr. Jeffrey A. Linder, a physician, researcher and study author on the persistence of unnecessary antibiotic prescriptions.

What Sorts of “Adverse Effects” Do Antibiotics Cause?

It’s worth pointing out that “antibiotic” means “anti-life.” Scientists and consumers heretofore thought that antibiotic drugs kill only the “bad” germs, leaving human tissue intact. But this is not the case.

First, the medical community figured out that antibiotics were killing off healthy intestinal bacteria in addition to killing pathogens. Now, as a study just published this past summer shows, we are coming to realize that antibiotics damage “life” on more alarming levels.

Over the years, reports of side effects in those taking antibiotics have accumulated enough for scientists to take notice. From tendonitis to hearing loss to kidney dysfunction, some alarming effects of indiscriminate antibiotic use have surfaced.

Mitochondria are organelles, tiny organ-like structures that reside within your cells and produce energy. Mitochondria are not unlike bacteria, which may be why antibiotics can damage them.

In the study, human cells were exposed to 3 antibiotic levels: ciprofloxacin, ampicillin, and kanamycin. For the first 6 hours of exposure, there was no harmful effect observed. But after approximately 4 days, the researchers discovered something disturbing: the antibiotics had actually damaged the cells’ DNA via oxidative stress.2

Antibiotics Cause Harm to Your Body and Your Bones

This same group of researchers studied the effects of long-term antibiotic use in mice, giving them doses comparable to the average prescribed human dose. Sure enough, the mice’s levels of glutathione – sometimes called the “Master Antioxidant” – dropped significantly, signifying oxidative stress.

Antioxidants to the Rescue

The Harvard scientists discovered what Savers already know: antioxidants prevent the oxidative damage that is so harmful to human cells and DNA. Glutathione is of particular importance among antioxidants, and here’s why.

Oxidative damage is caused by free radicals, unstable oxygen molecules which are by-products of cellular respiration. They are highly unstable because they’re missing an electron in their molecular structure.

Glutathione (or GSH) is called the Master Antioxidant because it has an amazing ability to “donate” an electron to unstable molecules like free radicals without becoming unstable itself, thereby neutralizing the free radical and stopping the cycle.

As the research above shows, when GSH levels get low, oxidative toxicity occurs.

How to get More GSH

You may be wondering if you should try to find GSH supplements to boost your levels of this Master Antioxidant. But a better idea is to eat foods that contain the building blocks of GSH. I’ll explain.

GSH is a tripeptide, a protein chain consisting of 3 amino acids: glutamic acid, glycine, and cysteine. Your body makes its own GSH from these components, so it makes sense to give it the “building materials” it needs. Here are some foods that boost production of GSH in the body:

One of the most commonly prescribed forms of antibiotics, fluoroquinolones, contain fluoride. Two popular fluoroquinolones, Cipro and Levaquin, became well-known shortly after 9/11/2001, when many people were afraid of anthrax. Others include ciprofloxacin, levofloxacin, and other “floxacins.”

Fluoroquinolones should only be used for serious, potentially deadly bacterial infections, because they can really cause harm. You see, these antibiotics can pass through the blood-brain barrier where they can cause direct damage to your nervous system. They also cause widespread side effects such as retinal detachment and resulting blindness, hallucinations, kidney failure, malaise, anxiety, and depression (to name a few). In fact, these drugs are so toxic that their boxes are festooned with black box warnings.

Fluoride is very harmful to bones. Extensive studies, such as those cited in The Missing Link which is part of the Osteoporosis Reversal Program, make a clear case for fluoride’s role in increased fracture risk. In addition, ingesting fluoride can negatively affect kidney and liver function. There is also research suggesting that fluoride inhibits the immune system. So that’s a double whammy, because…

All Antibiotics Suppress and Damage the Immune System

This is so ironic – the very drugs that are supposed to help the body fight off infection in fact compromise the body’s own defenses. But it makes sense when you consider that 80% of the human immune system is located in the digestive tract, and is composed of millions of “good” bacteria. When antibiotics kill off the good microbes, they leave your immune system weakened and imbalanced.

Are All Antibiotics Equally Bad?

In the Wyss Institute study, the researchers discovered not only the power of antioxidants in preventing antibiotic-induced damage; they also found that a certain class of antibiotics known as bacteriostatics are the least harmful.

The reason is because bacteriostatics don’t kill bacteria; they just stop them from multiplying. Bacteriostatics include the following:

You Should Only Take Antibiotics if Absolutely Necessary

It only makes sense for informed consumers to cut back on antibiotic use, even if doctors won’t decrease their prescriptions. If your doctor prescribes an antibiotic, find out the name and avoid fluoroquinolones as much as possible. Don’t be afraid to ask for bacteriostatic options.

Another question you can ask your doctor is just how urgent it is that you start the antibiotics right away. If possible, see if you can wait and try some natural solutions first, such as bee propolis.

Prevention is best, of course. Here are some tips for strengthening your immune system so you don’t end up in the doctor’s office to begin with.

As you might expect, what you eat has a lot to do with the health of your immune system (remember, most of our immune system is in the digestive tract). There are other important proactive steps you can take to keep your “fighter cells” going strong. Such as…