Rutin: The Polyphenol That Slows Down Bone Resorption, Increases Bone Deposition, And More (It Also Prevents And Improves Cognitive Decline!) - Save Our Bones

Rutin: The Polyphenol That Slows Down Bone Resorption, Increases Bone Deposition, And More (It Also Prevents And Improves Cognitive Decline!) 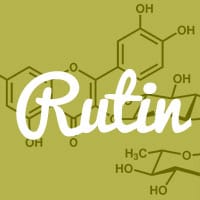 Polyphenols are compounds found in plant foods, and a diet rich in fruits and vegetables will contain a wide variety of these plant chemicals. There is such a wide variety, in fact, that scientists are just discovering the health attributes of these amazing substances, and research continues to reveal new and exciting benefits, including those that specifically boost bone health.

Today we’re going to take a close look at one such polyphenol: rutin, which plays a direct role in bone remodeling, prevents and improves cognitive decline, and has several other amazing health benefits.

Polyphenols, Bioflavonoids, Antioxidants…Sorting Out The Terminology

To avoid confusion that can easily happen when discussing plant chemicals, it’s a good idea to take a moment and define them correctly.

The world of plant chemicals is extremely complex, so to avoid getting too convoluted, I won’t delve into all the various groups and subgroups of antioxidants. Suffice to say, these are the basic terms used to describe plant micronutrients, so when you see them in various research articles, studies, and the like, the information will be much clearer.

It will also clarify today’s post, which is about the bioflavonoid rutin.

Rutin: Your Protection Against Fragile Bones, Cognitive Impairment, And Much More

Rutin is a combination of the glycosides quercetin and rutinose. (Glycosides are compounds made up of a carbohydrate and a non-carbohydrate component.) It’s a biologically active flavonoid, and its bioavailability is influenced by the presence or absence of glucosides (glucosides are glycosides in which the sugar component is glucose).

Rutin And Your Bones

According to a comprehensive review on the role of polyphenol antioxidants and bone health, an interesting experiment showed that rutin specifically increases bone density. Rutin was shown to prevent decreases in “both total and distal metaphyseal femoral mineral density by slowing down resorption and increasing osteoblastic activity”1 that was caused by the removal of the ovaries.

This is particularly great news for post-menopausal women. After menopause, osteoblasitc activity – that is, activity in the cells that build bone – tends to decrease, and resorption typically increases. Rutin appears to balance this out, essentially normalizing bone remodeling.

Rutin also has a profound effect in other areas.

Innovative researchers at Harvard’s Beth Israel Deaconess Medical Center discovered that rutin made a highly effective treatment for stopping thrombosis (clotting of blood). It does so by inhibiting a substance called protein disulfide isomerase (PDI), which plays a role in blood clot formation.2 And it does so more effectively than drugs.

According to the study, “currently available antithrombotic agents” inhibit one of two pathways by which clots are formed. Rutin, in contrast, inhibits both pathways.2

The researchers screened for PDI inhibitors, and:

We’re going to take a look at some of those “commonly ingested foods” in a moment, but first I’d like to note rutin’s amazing ability to regulate pressure in the eyes.

What researchers found is that orally-administered rutin (and another plant compound called forskolin) contributed “a better control and a further small reduction of IOP in patients who were poorly responsive to multitherapy treatment.”3

Your Brain On Rutin

There’s still more to this remarkable plant chemical. According to a study published in the Journal of Neuroscience, rutin plays a “neuroprotective role” and “protects the brain against various oxidative stressors.”4

The scientists compared the cognitive performance of two groups of rats, one which had received rutin (25mg by mouth once a day for three weeks) and one which did not receive rutin. The scientists had the rats perform specific tasks to measure their cognition, and upon evaluation the researchers noted that rutin prevented “morphological changes in hippocampus” via various enzymatic processes.4

The researchers conclude that:

“The study thereby suggests the effectiveness of rutin in preventing cognitive deficits and might be beneficial for the treatment of sporadic dementia of Alzheimer type (SDAT),”4

How To Get More Rutin – Foods Highest In This Potent Polyphenol

Many of the foods high in rutin are Foundation Foods on the Program, so you can easily adjust your diet in favor of some of these foods if you’re already following the Program.

The general consensus is that approximately 30mg of rutin per day is optimal; but because this nutrient has only recently become the subject of scientific studies, the exact amount found in some foods is unknown.

Back in 1991, 149 patients were given either a nutrient called phosphatidylserine (PS) for treatment of age-associated memory impairment or a placebo. After three months, the group that received the phosphatidylserine improved in “both computerized and standard neuropsychological performance tests, and also on clinical global ratings of improvement.”5

The researchers in this study pointed out that these results showed phosphatidylserine to be a “promising candidate for treating memory loss in later life.”5

This led researchers to conclude that:

“Consumption of 100 mg/day of PS-DHA might be associated with improving or maintaining cognitive status in elderly subjects with memory complaints.”6

Additionally, this fatty acid decreases cortisol levels after exercise, with a 2004 study concluding the following:

“The findings suggest that PS is an effective supplement for combating exercise-induced stress and preventing the physiological deterioration that can accompany too much exercise. PS supplementation promotes a desired hormonal status for athletes by blunting increases in cortisol levels.”7

As Savers know, decreasing cortisol levels is an important component in alkalizing the body, setting the stage for bones to rebuild and strengthen.

Unlike rutin, phosphatidylserine is not abundant in plant foods. It is a type of fatty acid that occurs primarily in animal tissue, such as bovine brain. So for a pure, vegetable-based source of phosphatidylserine, I recommend NatureCity’s TruePS™.

Stabilized for a longer shelf life, TruePS™ offers phosphatidylserine in the form of an exclusive blend, SharpPS®. Stabilized Sharp PS® retains its potency for a full two years from the time of manufacture. 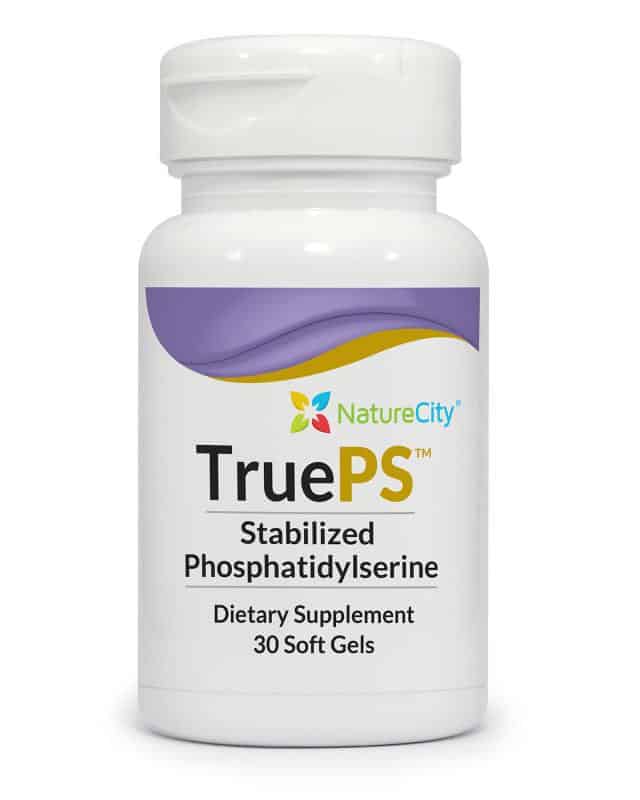 And of course, if you’re not happy with TruePS™, you are welcome to return the unused portion for a full refund.

It’s comforting to know there are natural substances available to help prevent dreaded cognitive decline, and that offer so many other benefits as well. And that includes benefits for your bones.