Scientists Discover Genetic Markers For New Bone Growth: Are You Stuck With The Bones You Have? - Save Our Bones

Scientists Discover Genetic Markers For New Bone Growth: Are You Stuck With The Bones You Have? 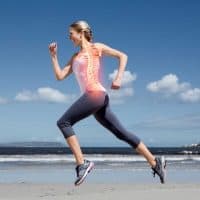 A just-published study in the Genome Biology journal has identified several genetic markers that researchers believe could help predict osteoporosis earlier in life.

We know that our genes and their functions are incredibly complex, so we also consider epigenetics in our interpretation of the study findings.

You’ll be glad to know that possessing genes that correlate to increased fracture risk doesn't necessarily mean those genes will express themselves. And we'll share a proven way to influence your gene expression to support bone health.

The researchers linked participants' changes in bone density to genetic markers. Then they looked for the genetic variations that correlated with differing bone development. Once they located those gene variations, they attempted to identify their impact on the function of osteoblasts. Osteoblasts are the cells that generate new bone mass.

They located 40 of these genetic markers that play a role in regulating bone growth. Thirty-five of the markers, called loci, were previously unidentified. The researchers assert that several loci are associated with fracture risk later in life.1

A study of 1,885 people aged five to sixteen years located genetic markers, called loci, that play a role in bone development. Testing for these markers could reveal future fracture risk.

Epigenetics is the study of non-genetic factors that influence how genes express themselves.

Over the past few decades, our understanding of the nature and function of our genetic code has vastly expanded. Until recently, scientists thought of the genetic code as a fixed set of instructions that the body carries out. As the process of mapping and studying the genome has advanced, we've found that our genes are far more complex and variable than that.

Essentially, our bodies are much smarter than we thought. Our genes provide instructions for carrying out all of our bodily processes, but our cells make decisions about which instructions to follow and when.

This means that your genes do not dictate your future. For example, a set of twins have the same genetic code, but they can have very different bodies and health outcomes. This is due, in part, to epigenetic factors that influence which genes are active or inactive.

Studies have found that epigenetic factors also play a role in bone development. Consider this excerpt from a report published on the relationship between epigenetic markers and bone mass:

“Genome-wide studies have identified a number of genes associated with bone mass. However, they only explain a small fraction of the bone mass variation observed in the population. The explanations for this unexpected result are unclear, but may include the interaction between genetic and epigenetic mechanisms. In fact, epigenetic changes regulate gene transcription, but there is also growing evidence for an influence of genetic (i.e., DNA sequence) variants on DNA methylation and miRNA-dependent mechanisms (“genetical epigenomics”)”2

This raises the question of how to influence our genes to express themselves in a way that benefits our bone health. We'll discuss that next.

Epigenetics is the study of non-genetic factors that influence gene expression. Genes that impact bone health may or may not be active, depending upon epigenetic factors– meaning a genetic predisposition to bone loss creates the possibility of bone loss but not its inevitability.

Use Exercise To Activate Your Genes

As we gain a clearer understanding of the mechanics of epigenetics, we can use behavior to trigger a healthier phenotype by naturally activating or deactivating genes. That can help you avoid negative health outcomes that you are genetically predisposed to.

Studies have shown that exercise is an effective way to trigger epigenetic changes to the expression of genes. A review of previous studies found that aerobic and resistance exercise have an epigenetic impact on the development of muscle and fat development. Six months of aerobic exercise was shown to change the behavior of genes in skeletal muscle and adipose (fat) tissue.3

In response to exercise, your body changes how your genes express themselves to increase your ability for accomplishing that exercise.

Exercise is an epigenetic trigger. It changes the way that our genes express themselves to create increased capacity for exercise and resulting in improved health.

This study provides valuable new information about how our genes can influence the development of our bones. However, it's important to remember that our actions and choices impact the expression of our genes, as well as our bodily functions.

SaveTrainer, the Save Institute's online video-workout platform, offers guidance from professional trainers so you can exercise from the comfort of your own home anytime, to build stronger bones. That same exercise helps you get the health outcomes you desire, regardless of your genetic predisposition.

Influencing our genetic expression to favor new bone growth is just one of the many ways that exercise helps to prevent and reverse osteoporosis.