The Ancient Grain That's Good For Your Bones - Save Our Bones

The Ancient Grain That’s Good For Your Bones 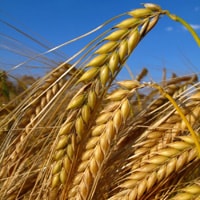 As winter approaches, thoughts turn to curling up in front of a cozy fireplace with a bowl of warm soup. Comforting foods that warm your belly and soothe your soul are just the ticket for warding off the chill of winter. Barley, with its rich, creamy texture and subtle nutty flavor, is a perfect comfort food.

If you love barley – as I do – you’ll be pleased to discover that it is loaded with bone health benefits. In fact, it’s a Foundation Food for its high levels of silicon (more about that later) and other important bone healthy nutrients.

If you’re thinking, “Hold on, I thought barley was acidifying,” you’re right – it is, but that doesn’t mean you can’t enjoy it. The Osteoporosis Reversal Program isn’t about eliminating acidifying foods from your diet – there are many acidifying foods that are loaded with bone health benefits. It’s all about balancing acidifying and alkalizing foods in the right proportions.

If you haven’t already, check out the rest of my continuing series on bone healthy acidifying foods:

And read on to find out why barley makes a great bone healthy addition to your diet.

Barley has a rich and fascinating history dating back more than 10,000 years. Barley beer was one of the first beverages made by our Neolithic ancestors, and fermented barley is still used in beer and other alcoholic drinks.

Ancient Greeks and Romans revered barley and used it extensively in their training diets. In fact, according to Pliny the Elder, a noted Roman philosopher and historian, ancient Roman gladiators were sometimes known as hordearii, which can literally be translated to “eaters of barley.”

And as incredible as it may sound, barley was used as currency by the Mesopotamians, and the ancient Chinese viewed barley as a symbol of masculinity.

The ancients were right about barley, because it contains…

A Bonanza of Bone Health Nutrients

Barley merits a mention on the Foundation Foods list for its silicon content, an important trace mineral that has been shown to affect connective tissue such as collagen and the growth and mineralization of bone. If you haven’t already read it, take a look at ‘The Incredible, Crunchable Cucumber' to find out more about how silicon/silica affects your bones.

But silicon is just the beginning of what barley has to offer. It’s also:

And going beyond bone health…

Barley is a Fiber Superstar

One of barley’s main claims to fame is its fiber content. A cup of barley gives you 13.6 grams of healthy fiber. Compare that to 3.98 for a cup of oatmeal, or 4.0 for a medium banana. But beyond the volume of fiber, the type of fiber in barley brings it to superstar status. When the “friendly” bacteria in your large intestine ferment the insoluble fiber contained in barley, the result is butyric, a short chain fatty acid that is partially responsible for colon health. Two other short chain fatty acids produced by this fermentation process aid in liver health and help to lower cholesterol.

And in one study, barley was found to be even more effective than oats in reducing glucose and insulin responses in individuals with Type 2 diabetes.1

The most important thing to know about buying barley is that all barley is not the same. The pearl barley that you may be accustomed to seeing in the supermarket is highly processed to remove the bran layer that contains most of the fiber, as well as much of the inner endosperm layer, which contains many of the nutrients. Pearl barley is in the same category as other processed grains that are largely devoid of nutrients, and it can’t be considered a whole grain.

Look for hulled barley (also called dehulled barley), which has only the tough, inedible outermost hull removed. You’ll have to rinse this type of barley and cook it a bit longer, but the nutrient content and richer flavor make it worthwhile.

In addition to whole, round barley, you’ll find flakes and grits, both of which can be made from either hulled or pearl barley. So if you’d like to try one of these varieties, make sure to look for hulled or dehulled, rather than pearl.

You can buy barley either prepackaged or from bulk bins. As is true for any food in a bulk bin, make sure the bins are well-covered and that there’s no visible moisture. It’s also a good idea to purchase only from bulk bins in stores with high turnover, so you’ll be more likely to get a fresher product.

And of course, organic is always preferable!

Store barley (again, just like other grains) in a cool and dry location, preferably in a glass container with a tight lid. You can also store barley in the refrigerator, and this may be necessary in warmer climates.

To prepare hulled barley, rinse it under running water and be sure to remove any dirt or debris.

1. Bring water or broth to a boil (about 3-1/2 cups of liquid for every cup of barley)
2. Add barley and bring the liquid back to a boil
3. Reduce the heat and simmer the barley for about 90 minutes

And here are a few more barley tips:

And if you haven’t yet, be sure to check out Vivian Answers Day #10 for one of my favorite barley recipes: ‘Mom’s Hungarian Mushroom Barley Soup' (yep, it’s really my mom’s recipe)!

And here’s another one of my all-time favorites.

Note: This recipe uses cooked barley, which makes it super quick and easy! Using the directions shown above, cook the barley ahead and store in your refrigerator until you’re ready to make the pilaf. Cook up a bunch of extra barley so you’ll have it on hand to toss in salads and other dishes.

Heat oil and sauté until onion is beginning to soften, about 4 minutes. Then add the mushrooms.
Sprinkle the mixture with salt and pepper to taste.
Add barley, and while constantly stirring, heat for approximately 3 minutes.
Add basil, stir a little, cover pot, and heat for an additional 2 minutes.
Stir in carrots and bell pepper. Cover pot and cook until vegetables are tender, about 6 minutes.
Remove from heat, stir, and let stand in covered pot for 10 minutes or so.
Stir in lemon peel, and serve.