The Unfortunate Divide Between Doctors And Medical Science - Save Our Bones

The Unfortunate Divide Between Doctors And Medical Science 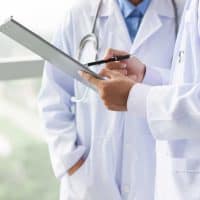 According to an editorial published in the Australasian Medical Journal, doctors are often unaware of the newest developments in the field of medicine. Many Savers report experiences that reflect this, discovering that doctors are not well versed in the latest science around bone health and other health conditions.

Today we'll take a closer look at this report and the reasons why doctors typically don’t read the latest studies relating to any given medical subject.

Then we'll follow the money using a report on the financial ties between leaders of medical associations and Big Pharma.

The author of an editorial published in the medical journal BMJ, asked whether and how doctors keep up to date with the latest advancements in medical science.

In his report, he cited sources that observed clinicians rarely “accessed, appraised, and used explicit evidence directly from research or other formal sources.”1

Jiwa, the author, largely pointed to the overwhelming number of studies that are published each year. He cites an estimate that more than one new paper is published each minute. Furthermore, he points to the fact that many papers are unreliable, and many are later retracted due to bad science or outright fraud.

This makes it difficult for clinicians to stay abreast of new research, and to choose what sources to trust. That's especially true for general practitioners who aren't focused on a single specialized area.

An editorial in BMJ observed that doctors rarely used evidence from research or other formal sources. The report pointed to the overwhelming amount of research published each day, and the inconsistent reliability of those studies.

Part of the problem identified by Jiwa is the divide between scientists conducting medical research and doctors practicing medicine. He notes that doctors are typically not involved in research and that the two spheres rarely overlap.

Medical doctors' distance from the world of research may contribute to clinicians' disconnection from the latest published research. The technicality of many published studies, which often involve complex statistical analysis, may also be a stumbling block for many doctors.

Not only could doctors do more to stay abreast of new research, but the world of research could do more to include clinicians. That includes both involving doctors in the research process and writing studies in a way that makes them both accessible and actionable for general practitioners.1

A cross-sectional study published in the medical journal BMJ investigated the financial relationships between the leaders of professional medical associations and Big Pharma companies.2

Of those 328 leaders 235, or 72%, had financial ties to the pharmaceutical industry. When researchers examined the 293 leaders who were medical doctors or doctors of osteopathy, a whopping 80% had Big Pharma ties. These financial ties amounted to almost 130 million dollars. The payments came in the form of consultancy and hospitality fees or payments for research.2

This was the study authors' conclusion:

“Financial relationships between the leaders of influential US professional medical associations and industry are extensive, although with variation among the associations. The quantum of payments raises questions about independence and integrity, adding weight to calls for policy reform.”2

It's no wonder that the decades of research supporting drug-free solutions for a variety of conditions and health problems, including bone loss, are frequently ignored.

A cross-sectional study found extensive financial ties between the leaders of influential US professional medical associations and Big Pharma. This finding raises many red flags about the independence and integrity of the Medical Establishment.

One of the hallmarks of the Saver community is their continual curiosity and study of the science behind bone health and osteoporosis. As the two reports above show, there are many reasons why medical professionals might not be following the newest research.

That makes it extra important that we continue learning about our bodies and following the work of leading bone health researchers. That's the foundation of the Save Institute’s philosophy, and its ongoing work to keep Savers up-to-date with the latest research on osteoporosis and osteopenia.

You've learned a lot and can trust your own understanding and conclusions– such as the choice to pursue a drug-free, research-backed all-natural approach to preventing and reversing osteoporosis.