This Recently Discovered, Fascinating Brain-Bone Connection Will Amaze You - Save Our Bones

This Recently Discovered, Fascinating Brain-Bone Connection Will Amaze You 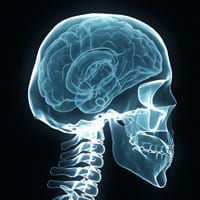 Today we’re going to delve into a fascinating way in which your brain and bones are connected. It involves a neurochemical known as neuropeptide Y, or NPY, which acts as an appetite stimulant and research has recently revealed that it has the capacity to reduce bone density.

In today’s post, we’re going to take a close look at this neuropeptide and its fascinating connective role between your brain and bones, and how levels of this neurochemical can be naturally regulated in the body.

What Is A Neuropeptide?

Communication between cells is crucial for any body system to function properly, and your nervous system is no exception. For intercellular communication to take place, neuropeptides are essential. They are short-chain polypeptides that act as neurotransmitters.

Unlike other neurotransmitters, neuropeptides appear to be associated with specific behaviors, such as maternal bonding. Oxytocin, for example, is a relatively well-known neuropeptide that influences social bonding behaviors.

Neuropeptide Y, or NPY, is less well-known, but is being linked to specific body processes. It’s related to peptide hormones and the hypothalamus, a complex area of the brain whose function is similar to a central processor that connects the nervous and endocrine systems.

Recent research has linked NPY to energy levels and body weight, and has revealed its role in bone density.

Neuropeptide Y – What It Is And What It Does

In 1982, NPY was isolated from the hypothalamus of pigs, and ever since then, scientists have speculated about its specific function(s). Over the years, research has revealed NPY’s role in obesity (it increases appetite), stress, and the growth and storage of fat in the body.1

A 1995 study found that chronically high levels NPY are associated with obesity in rats2, and it’s becoming increasingly clear that NPY works as a connective factor between the appetite hormones ghrelin and leptin to influence appetite, body weight, and bone density.

A 2009 study on knockout mice showed a remarkable interplay between obesity, fasting, and bone density. (Knockout mice are mice that have had a particular gene deactivated, or “knocked out” by artificial means.) In this particular study, mice that lacked NPY showed “significantly increased bone mass.”3

In contrast, the knockout mice, whose NPY levels were artificially increased, showed “a significant reduction in bone mass despite developing an obese phenotype.”3

This directly counters the myth that being overweight is good for bone density, as the scientists point out:

“Given the strong and positive association between increases in body weight and bone mass, in part due to mechanical effects of weight bearing, it is notable that tibial BMC was reduced by 19% (p<0.05) in WT [wild type] NPY+ mice compared to WT empty controls over the 4-week period, with no change in tibial BMD.”3

More importantly, the data show that reduced NPY levels enhance the activity of osteoblasts, the bone-building cells. As you’ll discover next, there are other mechanisms at work, too.

How Does A Lack Of NPY Increase Bone Density?

Researchers observed a “2-fold increase in bone formation rate” in the knockout mice compared to wild type mice, “demonstrating that NPY preferentially controls the anabolic aspects of bone homeostasis.”3 The question is, how?

NPY – specifically, a lack of it – appears to influence bone remodeling in two key ways. First, NPY is expressed via the hypothalamus, stimulating signals that regulate bone density “in a manner consistent with the central perception of energy status.”3

The researchers state that:

“In conclusion, these data identifies [sic] NPY as a critical integrator of bone homeostatic signals.”3

It’s noteworthy that the hypothalamic expression of NPY is increased during fasting, which is another reason why the Osteoporosis Reversal Program does not advocate skipping meals or other forms of fasting and food deprivation. Simply put, fasting contributes to low bone density.

Another reason that fasting is not recommended is that the practice tends to induce sugar cravings. As Savers are surely aware, too much sugar damages bones due to its inflammatory, acidifying nature and its role in Advanced Glycation End Products or AGEs formation. AGEs are inflammatory compounds formed when sugar molecules attach to proteins in the blood, and they can cause damage to tissues and organs, including bones. The more sugar that’s present, the more AGEs that form.

Additionally, NPY was shown to increase during times of stress, further proving that stress management is crucial to bone health. And a study shows that eating plenty of soluble fibre lowers NPY levels.4

The Osteoporosis Reversal Program Is Not About Deprivation

In sharp contrast to the Medical Establishment’s osteoporosis treatment, the Program centers around food – foods that provide bone-building Foundation Supplements, bone-smart antioxidants, decrease inflammation, and so much more. In a way, the Osteoporosis Reversal Program celebrates food and all it has to offer our bones and overall health.

A companion cookbook is the perfect complement to the Program, which is why I created Bone Appétit. Its full-color photos and over 200 creative recipes are in keeping with the celebratory spirit of eating to rejuvenate and build your bones.

Bone Appétit shows you how eating your way to better bone health can be enjoyable and creative!