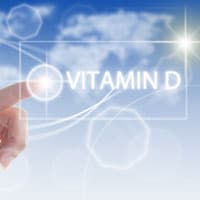 Savers are aware that Vitamin D is important for bone health and immunity. But what you may not know is that this vitamin offers other incredible health benefits.

So today we’re taking a closer look at this amazing vitamin. You’ll discover what few know: Vitamin D has much to offer, from cardiovascular health to improving mood. And we’ll also delve into the important questions of how much and what kind of Vitamin D is best.

Why Is Vitamin D So Important?

Calcium is usually the mineral of choice when it comes to fighting osteoporosis. Unfortunately, this disproportionate focus on calcium has led to the development of some not-so-healthful supplements (such as calcium carbonate) and a neglect of other important bone-building minerals.

Even though it stimulates calcium absorption in the intestine, Vitamin D tends to get overlooked when it comes to bone health. Nonetheless, Vitamin D is instrumental in preventing falls, building immunity, and in regulating calcium and phosphorous during bone remodeling.

Vitamin D also gets overlooked when it comes to other aspects of health. In fact, some of the signs of Vitamin D deficiency go well beyond bones, and include feelings of sadness, high blood pressure, and chronic muscle pain and weakness.

So today we’re going to put Vitamin D in the spotlight…or rather, the sunlight!

How Does The Body Process Vitamin D From Sunlight?

Your liver manufactures a form of cholesterol called 7-dehydrocholestrerol, which acts as a precursor to Vitamin D (another reason that a healthy liver is essential for bone health!). this precursor resides in the skin, and when your skin is exposed to the UV (ultraviolet) rays in sunlight, the precursor is converted into cholecalciferol.

We’re still not there. Cholecalciferol is a “previtamin” form of Vitamin D. It travels to your liver, where it is metabolized into hydroxyvitamin D. Then the kidneys kick in and convert it into Vitamin D3, the hormone form of the vitamin that your body can use.

It’s quite an amazing process!

Now that we’ve looked at the details of Vitamin D formation, let’s get to the 3 little-known benefits of this hormone-vitamin.

This could convince just about anyone that statins, the popular cholesterol-lowering drugs, are not necessary at all. Savers surely know that statins have a long list of known awful side effects, including increasing the risk of developing type II diabetes by almost 50%.

They actually block the same enzymatic pathway as bisphosphonates, which begs the question of whether or not bisphosphonates also increase diabetes risk. Thankfully, there is a much better cholesterol-management option, and a recent study further confirms this.

When a group of post-menopausal women who took 1000mg of calcium and 400IU of Vitamin D3 daily, they were found to have higher Vitamin D levels in general and lower levels of LDL, the “bad” cholesterol, than those women who took a placebo.1

Clearly, getting plenty of Vitamin D3 is beneficial to cardiovascular health and it also helps build your bones.

A South Korean study reveals a fascinating connection between Vitamin D, exercise, and, among other things, blood sugar.

The study involved 52 elderly women, all with type II diabetes, who were divided into three groups. One group underwent circuit aerobics training for 12 weeks. (Circuit training is so called because participants perform a sequential series of exercises.) Another group did the circuit training and took 1200IUs of Vitamin D3 each day. A third group simply continued with their normal lifestyle.

Researchers found that after the 12-week period, the circuit training group had decreased weight, body fat, cholesterol, and body mass index (BMI). In the group that took Vitamin D3 and did circuit training, the results were even more positive: fasting insulin and glucose were both lower, and so was an important homeostatic model assessment and insulin resistance marker known as HOMA-IR.2

The researchers noted that

“Vitamin D supplementation was especially effective when it was complemented with exercise training,”2

Keeping blood sugar levels on an even keel is a very important aspect of bone health, too. Too much sugar damages bones and has an impact on other body systems, such as immunity and neurological function.

The reason is the inhibition of serotonin, which not only affects mood but also influences and regulates bone formation.

The Save Our Bones approach always includes the whole person, and recognizes that no body system works in isolation. This was startlingly revealed in an animal study that showed how depression triggers the sympathetic nervous system (SNS), which serves as a connection between your brain and your skeleton. When the SNS is “set off” by depression, it stimulates the secretion of noradrenaline, a substance that is very damaging to bones. 3

As antidepressants continue to disappoint, and the connection between depression and the physical body is becoming more well-known, Vitamin D is being taken more seriously as a depression reliever…despite “research” showing otherwise.

Doctor Simon Spedding, an Australian professor at the University of South Australia, conducted a meta-analysis of randomized, controlled trials (RTCs) that were intended to study the use of Vitamin D to treat depression. Dr. Spedding found some significant flaws, including interventions that did not even involve Vitamin D, where Vitamin D baseline levels were not measured, and the use of data where participants had sufficient Vitamin D levels to begin with (to name a few).

One of the most startling flaws he uncovered is that some of the RTC subjects did not even have depression to begin with.

In fact, Vitamin D is an excellent addition to a drug-free depression treatment program that also includes exercises in positive thinking, proper nutrition, and regular exercise.

The good news is that with spring just around the corner in the Northern Hemisphere, it will be much easier to get plenty of sun-sourced Vitamin D. As Savers know, the sun is the best source of Vitamin D. It bypasses the digestive process, so even those with digestive problems can still get plenty of this crucial vitamin. Also, if you get your Vitamin D from sun exposure, you don’t need to worry about dosage. And of course, sunlight is free!

One caution: in your efforts to get Vitamin D, be careful to not usher in spring with a sunburn. It’s so easy to forget how long you’re outside on those first warm days, and as spring moves into summer, it’s even easier to forget the time you’ve spent in direct sunlight.

Why Not Just Use Sunscreen?

Savers may already know that sunscreen prevents the sun’s beneficial UV rays from hitting your skin, thus preventing the formation of Vitamin D no matter how much time you spend in the sun. And another problem with sunscreens is their toxic ingredients. Conventional sunscreens contain a host of acidifying toxins that can penetrate skin, enter the bloodstream, and damage bones.

At the Save Institute we don't recommend using conventional sunscreens, so to prevent painful and skin-damaging burns, it's very important to not over-expose your skin to the sun's rays. The amount of sun needed to produce Vitamin D varies with skin tone, but a good measure of time to get started it around 20 minutes. And make sure you also take a supplement of at least 400 IUs to ensure you're getting enough of this crucial micronutrient during the summer months, and a higher dose (up to 2000 IUs) when you're not sunbathing or during the colder months.