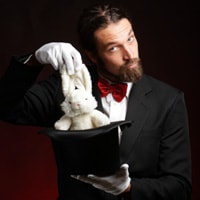 A newly discovered bone function has stunned mainstream scientists. Columbia University Medical Center researchers have confirmed what I’ve been saying all along: that the skeleton is not just an inert calcified structure, but rather, a dynamic and active tissue that’s constantly renewing itself if it’s given what it needs. They have found that a protein secreted by matrix depositing bone cells or osteoblasts regulates blood glucose and fat deposition.1

The study shows for the first time ever that osteoblasts secrete osteocalcin, a hormone that controls insulin secretion and sensitivity, the latter by directing the pancreas to release the hormone adiponectin. Increased secretion of osteocalcin also reduces overall fat storage.

“The discovery that our bones are responsible for regulating blood sugar in ways that were not known before completely changes our understanding of the function of the skeleton and uncovers a crucial aspect of energy metabolism.”2

Until now, pharmaceutical companies were able to convince doctors that without their drugs, bones of women and men who reach a certain age – and especially postmenopausal women, are static and lifeless structures. And that without the drugs, bone mass will inevitably decrease, leading to crippling fractures.

But that’s not so. In the Osteoporosis Reversal Program I quote Dr. Karl L. Insogna of the Bone Center at Yale School of Medicine, stating that,

“Every bit as dynamic as other tissues, bone responds to the pull of muscles and gravity, repairs itself, and constantly renews itself.”

But don’t expect doctors to stop their drug frenzy anytime soon. Fortunately, you know that altering the delicate balance of bone metabolism is never a good idea.

A Link Between Osteoporosis and Type 2 Diabetes?

The Columbia University study has also shed more light on the earlier finding that Type 2 diabetics have low osteocalcin levels. Mice who lacked osteocalcin showed increased fat mass, less insulin and adiponectin secretion, and developed Type 2 diabetes.1 Conversely, mice with more adiponectin did not gain weight or become diabetic, even when on a high fat diet.1

Tampering with bone metabolism can have many undesirable – and often unintended consequences. Perhaps in the not-so-distant future, new studies will show that osteoporosis drugs could actually increase the risk of Type 2 diabetes. Fortunately, if you’re following Osteoporosis Reversal Program treatment, you don’t have to worry about that.

And if you or a loved is battling Type 2 diabetes and would like to get off the diabetes drug bandwagon, I recommend you check out The 30 Day Diabetes Cure. In it, you’ll find a natural and scientifically-backed solution based on easy and common-sense nutritional and lifestyle changes.

With The 30 Day Diabetes Cure by your side you’ll understand what diabetes is really all about and what to do to stop taking the drugs once and for all.

Click here to learn more about The 30 Day Diabetes Cure →