Build Your Bones And Boost Your Immunity In Just 15 Minutes 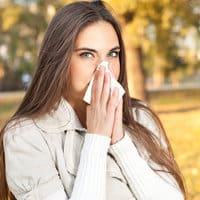 Autumn is in full swing in the Northern Hemisphere, and as the weather gets colder, two things happen: ﬂu season arrives and itʼs tempting to become more sedentary, seeking the cozy warmth of the indoors.

But I have good news for you about both of these autumn “downers.” Because today youʼll discover that all you need is 15 minutes to boost your immunity and build your bones.

Sounds Too Good to be True?

Itʼs not. In fact, thereʼs an easy, scientiﬁcally proven way to achieve this. And thatʼs todayʼs fascinating topic Iʼm thrilled to share with you.

Could it Be This Simple? The Answer is “Yes”!

Savers are already quite familiar with the bone-building beneﬁts of weight-bearing exercise. But did you know that exercise affects your immune system too?

Itʼs no secret that incidents of cold and ﬂu go up in the fall and winter. Mainstream Medicine typically attributes that to being in close quarters with other people, caught indoors with germs. But could the lack of exercise that tends to accompany this time of year also play a part? According to some fairly recent studies, the answer is yes. Iʼll explain, but ﬁrst, hereʼs an important…

It might be easy to fall prey to the Establishmentʼs quick ﬁx solution: just get a ﬂu shot, and then you donʼt have to be bothered with immune support and exercise. Fortunately, Savers are well aware that the ﬂu shot is not the “magic bullet” Mainstream Medicine claims it to be.

So skip the ﬂu shot and ward off the ﬂu by strengthening your immune system. Itʼs a win-win because you can build your bones at the same time. Now, letʼs move on to the explanation.

Scientists have discovered another bone-building aspect of exercise besides strengthening bones in response to gravity and movement: it also creates more bone cells. Study researchers point out that bone cells make it easier for blood stem cells to produce blood that boosts the immune system and allows for efﬁcient oxygen uptake.

The study ﬁndings suggest that exercise determines whether the bodyʼs mesenchymal stem cells, found in bone marrow, develop into fat or bone.

Researchers studied the stem cell activity in both sedentary mice and mice that engaged in modest exercise three times a week. The sedentary mice developed fat cells in their bone marrow, but the exercising miceʼs cells developed into bone instead.1

“What we're suggesting is that exercise is a potent stimulus — enough of a stimulus to actually trigger a switch in these mesenchymal stem cells,”1 says study leader Gianni Parise, an associate professor at McMaster University in Canada.

Itʼs fascinating how the body interacts, and how cells respond and communicate with each other. This is an essential aspect of bone remodeling, and another study shows us that …

It turns out that osteocalcin, a hormone produced by osteoblasts (bone building cells) acts as a messenger between bone, fat, and pancreatic cells. Prior studies on animals showed that osteocalcin supplementation resulted in less belly fat and increased bone density. But the Georgia study involved human children, a fact that corroborates bits of evidence that have accumulated over the years – such as diabetics being more prone to fractures and people with large amounts of belly fat being at greater risk for diabetes.

“When osteocalcin is released in your blood, that hormone is talking back to the adipocytes, the cells that store fat, and the pancreatic cells that release insulin to improve energy metabolism,”2 says lead researcher Dr. Norman Pollock, bone biologist at GHSU.

So when you engage in weight-bearing exercise, you stimulate osteoblasts, which in turn produce osteocalcin that spreads the good news.

The Georgia study shows us that exercise increases insulin sensitivity, thereby decreasing blood sugar and getting glucose where it needs to be (into cells) rather than in your blood. This is another way that exercise promotes bone health, because excess sugar circulating in your blood harms your bones.

Another note on sugar – it suppresses and ultimately damages your immune system. Maybe thatʼs another reason why the holiday season, with all its sugary celebrations, coincides with cold and ﬂu season…

Savers Are Ahead of the Game

Those of you on the Osteoporosis Reversal Program are ahead of the game, because the Program contains all the information you need about the importance of exercise, especially weight-bearing exercise done at least three times a week, as in the stem cell study.

“Several low and high impact exercises are important for building and maintaining bone density. For example, weight-bearing activities, such as walking or jogging are an excellent choice because they make you move against gravity in an upright position…Pick your favorite form of aerobic weight-bearing exercise and practice it at least three times a week.” –Chapter 13 of the Osteoporosis Reversal Program

You see, the Osteoporosis Reversal Program is backed by hundreds of scientiﬁc studies, and recent research simply conﬁrms what the Program has been saying all along.

Weight-Bearing Exercise is Good, But Not Enough… if You Really Want to Increase Your Bone Density

This is because targeted exercise pinpoints speciﬁc areas of the skeleton that need special attention, such as wrists, ankles, and hips. These are especially prone to fracture, which is why the Densercise™ eBook System contains exercises designed to strengthen those areas.

Densercise™ is on target in another way – itʼs moderate exercise intended to be done 3 days a week, which is the optimal schedule according to research. And it only takes 15 minutes a day.

Densercise™ can get you ahead of the game in bone strength, and help you stay healthy this season.

I invite you to learn more about this unique exercise program here.