Could Following Doctor's Orders Land You In The Hospital? - Save Our Bones

Could Following Doctor’s Orders Land You In The Hospital? 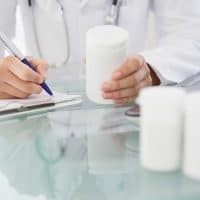 A new report from medical think-tank the Lown Institute has revealed shocking information about the harm that prescription drugs cause to older Americans following their doctor's orders.

Not only are the figures a sobering reminder of how damaging prescription drugs can be, but current trends lead upward. They depict a future in which even more unsuspecting patients will receive prescriptions for one or more drugs that could lead to hospitalization, leave them incapacitated, or worse.

Today we'll look at that report and the growing problem of over-prescription in the United States, as well as how this affects bone health. Savers won't be surprised to hear that drugs marketed as helpful may in fact cause grave harm. Osteoporosis drugs fit that bill precisely.

The Effects Of Widespread Overprescribing

The new report from the Lown Institute examines hospital admission data to give a bird's eye view of how prescription drugs are impacting older Americans. Here are their main findings:1

Taken together, these statistics paint a clear and dire picture. Older Americans are facing unprecedented levels of over-prescription that are causing widespread harm and tens of thousands of unnecessary deaths.

The authors of a 2013 study titled “Institutional Corruption of Pharmaceuticals and the Myth of Safe and Effective Drugs” state that premature deaths caused by prescription drugs that were taken as intended would rank as the fourth most common cause of death in America if they were officially considered. That's about 2,460 people each week who die from taking prescribed drugs as recommended.2

How Overprescribing Occurs And Persists

Overprescribing might occur because doctors are unaware of the drugs a patient is already taking, causing redundant prescriptions, or drug reactions. Or it may occur out of a doctor's lack of adequate education about the risks of overprescribing, combined with influence from the pharmaceutical industry.

The influx of new drugs into the market makes it difficult for doctors to stay well-informed, and often their source of information about a new drug is the pharmaceutical company that manufactures it. Unsurprisingly, this dynamic leads to an overestimate of the effectiveness of drugs, and an underestimate of the harm they can do.

In the case of osteoporosis, every prescription is an over-prescription, since drugs are not needed to reverse bone loss. Like in many other cases that are causing this crisis, the drugs in question have dangerous side-effects that cast a dark shadow on their purported benefits.

The Food and Drug Administration (FDA) should be protecting the public from dangerous and deadly drugs. However, the FDA continues to expedite drugs without adequate testing or oversight and lacks the willingness to quickly pull drugs once they're proved harmful.

Doctors often fail to learn what drugs a patient is already taking, or they aren't properly informed about the potential harm a drug could cause. Their misinformation often comes from pharmaceutical companies that offer hand-picked data to medical professionals about the drugs they manufacture. In spite of this, the FDA continues to approve new drugs at an expedited rate.

The history of Fosamax— a bisphosphonate developed by pharmaceutical giant Merck to treat osteoporosis– is an excellent example. The drug premiered only three years after a major medical convention accepted the advice of Big Pharma advocates and expanded the definition of osteoporosis. They also created a new precursor condition called osteopenia. That decision effectively invented a disease and redesignated thousands and thousands of women as candidates for treatment with Merck's upcoming drug Fosamax.

Then Merck went a step further. To ensure that women would get the bone density test that leads to a diagnosis, they started the Bone Measurement Institute to figure out an inexpensive way to manufacture bone density testing machines. Then they lobbied Congress to make bone density scans eligible for Medicare reimbursement.

Once testing became profitable, prescriptions were common, and Fosamax became a blockbuster drug that encouraged other drug makers to try their hand at developing their own versions.

New osteoporosis drugs continue to enter development and get approved in spite of the fact that the existing drugs have been shown to be quite ineffective and very dangerous. New drugs for established conditions are rarely if ever accomplishing improvements They're simply new ways for pharmaceutical companies to turn a profit as their old drug patents expire and generic versions enter the market.

Thus the cycle of unnecessary drug prescription continues in the treatment of osteoporosis.

A drug-free approach to osteoporosis is effective and achievable. Both the scientific studies of the impacts of diet and exercise on bone health and the experiences of countless Savers show this to be true. That is the path laid out in the Osteoporosis Reversal Program.

Over-prescription is extra hazardous for anyone wanting to reverse osteoporosis since all drugs are acidifying and work against the body's ability to protect bone. Try to always seek out drug-free alternatives, and find support from a medical professional who understands the life-or-death risks of overprescription.