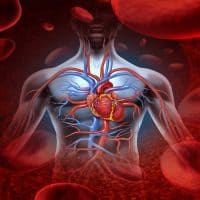 A meta-analysis covers several studies on the same topic that researchers collect and review for statistical significance and similarities. For this meta-analysis, they compared the results of clinical trials of the drug with analysis of studies on the human genetic variation that the drug artificially replicates.

The study results sound a clear alarm about the danger of this drug. This revelation is consistent with the history of osteoporosis drugs that receive FDA approval only to later be labeled with warnings of their potentially devastating side effects.

The osteoporosis drug in question is a sclerostin inhibitor branded as Evenity (romosozumab).

Sclerostin is a glycoprotein encoded by the SOST gene, created by bone cells called osteocytes with the purpose of limiting osteoblast-induced bone formation. Once encoded, sclerostin regulates bone formation, making it an essential tool our body uses to maintain our bones.

In some people, a rare mutation of the SOST gene prevents the creation of sclerostin, which causes a condition characterized by bone overgrowth.

Sclerostin inhibitors are drugs that artificially replicate the effect of that naturally occurring mutation. Scientists hoped to increase bone formation in people with low bone density by imitating a genetic mutation that causes bone overgrowth. They accomplish this imitation with compounds called anti-sclerostin monoclonal antibodies, which are injected into the body.

Unfortunately, if unsurprisingly, this simplistic solution to a complex problem led to undesirable side effects.

Sclerostin inhibitors are a type of osteoporosis drug that mimics a mutation of the SOST gene, preventing it from encoding the protein sclerostin. Sclerostin regulates bone formation, ensuring that too much bone doesn't get formed. Scientists developed the drug Evenity (romosozumab) to artificially inhibit sclerostin, but, not surprisingly, unwanted side effects followed.

The study we're looking at today compiled two related sources of information about the effects of sclerostin inhibition on the cardiovascular system.

First, the researchers looked at clinical trials of Evenity (romosozumab), focusing on the occurrence of cardiovascular events. Then they examined data from studies of people with the rare genetic mutation that naturally inhibits sclerostin encoding, to see whether they experienced similar cardiovascular events or conditions.1

This is how the study authors described their meta-analysis:

The results of Evenity's phase three trials showed that the drug increases the risk of a cardiovascular event. To remove any doubt that this negative side effect is intrinsic to the action of the drug, the authors looked at the drug's naturally occurring analog. Indeed, people with the SOST gene mutation that prevents encoding sclerostin also had a higher risk of cardiovascular disease.

The authors concluded their study with the following statement:

Researchers compared the results of Evenity's drug trials to the studies of people with the naturally occurring gene mutation that prevents the formation of sclerostin. They found that both causes of sclerostin inhibition increased the risk of cardiovascular disease.

The road to get Evenity approved by the FDA was not a smooth one. In fact, the FDA initially rejected romosozumab in 2017 because clinical trials revealed that these cardiovascular problems occurred in a significant percentage of women.2

Of the 4,900 postmenopausal women in the drug's phase 3 trials, 50 (or 2.5%) developed cardiovascular symptoms or experienced cardiovascular events such as a stroke. That was enough for the FDA to reject the drug.

But Amgen, the manufacturer of Evenity, resubmitted the drug for FDA approval the next year. Since they couldn't make their drug safer, they simply claimed that the life-threatening cardiovascular risks are worth it for women at the highest risk of fracture.2

The FDA took the bait, and approved Evenity for women with a high risk of fracture, with the stipulation that studies should continue after the drug entered the market. In effect, they told Amgen that they could sell their dangerous drug, and figure out just how dangerous it is after it has already been prescribed to tens of thousands of women.

It’s worth noting that the European equivalent of the FDA (called the Committee for Medicinal Products for Human Use) simply rejected the drug, on the grounds that the side effects were too risky.

This is part of a pattern of Big Pharma pushing dangerous drugs through the FDA's ineffective approval process.

Evenity was initially rejected by the FDA because it caused cardiovascular disease and events, such as stroke, in women. When Amgen, the drug's maker, reapplied with the promise it would only be prescribed to women at the highest risk of fracture, the FDA approved the drug. Meanwhile, European drug agencies protected EU citizens by rejecting Evenity.

This study provides more damning evidence of what Savers already know. Osteoporosis drugs make you less healthy and less safe. However, there are highly effective, scientifically proven ways to increase the density, strength, and quality of your bones to avoid fractures, without taking drugs.

Those natural approaches are the bedrock on which the Save Institute's Osteoporosis Reversal Program is built. A healthy pH-balanced diet, regular bone-building exercise, and simple but effective lifestyle changes can improve your bone health, enhance your wellness, and enrich your life.