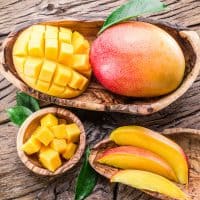 The average person, eating a typical Western diet, consumes a radically different balance of omega fatty acids than our evolutionary ancestors did.

Studies have shown that consuming significantly more omega-6 than omega-3 can lead to bone density declines and other unwanted health problems. Today we’ll review the research that confirms this, and we’ll look at the nine best plant-based food sources of omega-3.

Omega-3 and omega-6 are the two classes of essential fatty acids (EFAs). They are called essential because we can’t synthesize them. Here are some quick facts about these EFAs.1

That large EFA imbalance is responsible for a slew of health problems. They include:1,2

Studies show that the incidence of these often chronic conditions can be reduced by correcting the dietary imbalance of EFAs. Many of those positive effects are thought to be the result of a reduction in inflammation.3

Omega 6 and omega 3 are essential fatty acids that our body converts to other fatty acids used for the maintenance of our cell membranes and bodily functions. Western diets that include many times more omega 6 than omega 3 result in health problems ranging from coronary heart disease to diabetes, to osteoporosis.

Many studies have linked EFA deficiency to bone loss. One study, which included 1532 participants over the course of 4 years, found an inverse association between the ratio of dietary LA to ALA and bone mass density (BMD) at the hip- regardless of the participant’s age, lifestyle or body mass index. This means that the bigger the omega-6 to omega-3 divide, the lower the BMD.4

This relationship has to do with cytokines.

Cytokines are secreted proteins that induce cells to proliferate and differentiate. There are many kinds, but the cytokines interleukin-1 (IL-1), interleukin-6 (IL-6) and tumor
necrosis factor alpha (TNFα) increase osteoclast formation, activity, and lifespan.

Osteoclasts are cells responsible for removing old bone material. In a healthy body, their work is balanced against that of osteoblasts, cells that deposit new bone.

When our bodies contain an imbalance of omega-6 to omega-3 EFAs, it changes the function of our cell membranes and increases the production of the cytokines IL-1, IL-6, and TNFα.

A glut of IL-1, IL-6 and TNFα ramps up the production and activity of osteoclasts, which throws off the balance of the bone remodeling process, resulting in reduced BMD and increased risk of fracture.

A dietary EFA imbalance causes bone loss because it increases the cellular production of cytokines that disrupt the balance of our natural bone remodeling process.

You Can Restore Balance, And Recover Bone Density

Just as a diet with an imbalance of EPAs can result in overproduction of cytokines that remove bone material, consuming increased amounts of foods high in omega-3 fatty acids can restore balance to EPA levels and decrease the production of these cytokines.5

In one study, titled “The effect of dietary supplementation with n-3 polyunsaturated fatty acids on the synthesis of interleukin-1 and tumor necrosis factor by mononuclear cells” researchers gave nine participants 18g of omega-3-rich fish-oil concentrate in addition to their regular Western diet for six weeks. At the end of the six weeks, the participants IL-1 beta level was reduced by 43%. Ten weeks after the supplementation had ended, the reduction had increased to 61%. After an additional ten weeks with no supplementation, the IL-1 beta levels had returned to their pre-supplementation levels. IL-1 alpha and TNFα showed similar results.6

A 1998 study conducted with 65 women with a mean age of 79.5 examined the impact on bone mineral density of receiving gamma-linolenic acid (GLA) and eicosapentaenoic acid (EPA) supplements versus a coconut oil placebo capsule.

The results showed that supplementation with these omega-3 EFAs resulted in increases of femoral bone density and lumbar spine density and are safe to administer for prolonged periods of time.7

The evidence shows that a dietary increase of omega-3 fatty acids not only reduces the production of the cytokines that disrupt the bone-remodeling process, it increases bone mineral density.

How To Get More Omega-3 EFAs In Your Diet

You’ve probably heard about taking fish-oil, or eating more fish as a way of increasing your omega-3 intake. Although several fish are Foundation Foods for this very reason, they are still acidifying animal products.

You can also get the omega-3 you need by incorporating more of these plant-based omega-3 rich foods into your diet, all of which, except for beans and winter squash, are alkalizing.

You don’t have to load up on acidifying fish to get an omega-3 rich meal that supports healthy bone-remodeling. Foods like flaxseed, leafy greens and mangoes all contain more omega-3 than omega-6, leading you on the path to strong bones.

Savers are accustomed to eating meals containing the foods listed above. It’s a delicious part of a pH-balanced diet. Today you’ve expanded your knowledge of EFAs to help you maintain a desirable omega-6 to omega-3 ratio. This improved dietary practice reduces inflammation and keeps osteoclast synthesis in check, balancing bone remodeling and allowing your bones to increase in density.