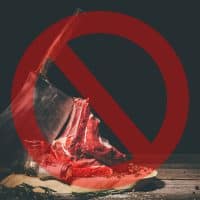 Today we bring you a recently-published meta-analysis (a statistical procedure used to assess previous research studies) that has laid to rest a long-standing argument on the value of low-carbohydrate diets. In fact, this study confirms a desirable outcome from moderate protein consumption and ample complex carbohydrate intake.

This is especially relevant, since diets that profoundly reduce carbohydrates and replace them with animal proteins and a variety of fats, such as the Atkins diet or paleo diets, have become popular in recent years.

The Save Institute has advocated a pH-balanced diet from the get-go, which requires consuming moderate amounts of protein and plenty of healthful carbohydrates. We’ll analyze this fascinating study and its positive implications on life extension and more.

Moderation In All Things… Including Carbohydrates

For this groundbreaking study, researchers in the United States examined 15,428 participants aged 45-64 years in four US communities to investigate the association between carbohydrate intake and mortality. Their primary question was simple: Does carbohydrate consumption impact longevity?

To answer this question, the researchers asked about the dietary habits of the study’s participants via detailed questionnaires to learn about the percentage of carbohydrates in their typical diet. Twenty-five years later, 6,283 of those participants had died. Researchers then charted the relationship between the deceased participants' carbohydrate intake and their lifespan.

The researchers also examined other studies from around globe comparing the lifespan and carbohydrate consumption of an additional 135,335 people. The conclusion was overwhelmingly clear:

“Both high and low percentages of carbohydrate diets were associated with increased mortality, with minimal risk observed at 50–55% carbohydrate intake.”1

This outcome is a strong reinforcement of The Save Institute’s long-held dietary guidelines, which emphasize a well-rounded diet that maintains an alkaline pH.

The Detriments Of Replacing Complex Carbohydrates With Animal Protein And Fat

As explained in the study:

“Low carbohydrate dietary patterns favouring animal-derived protein and fat sources, from sources such as lamb, beef, pork, and chicken, were associated with higher mortality, whereas those that favoured plant-derived protein and fat intake, from sources such as vegetables, nuts, peanut butter, and whole-grain breads, were associated with lower mortality, suggesting that the source of food notably modifies the association between carbohydrate intake and mortality.”1

While this study didn’t examine the causes of death, all animal proteins are acidifying, which would have had an impact on the health of people consuming large amounts of those foods.

Not All Carbs Are Created Equal

The message is clear- a diet that comprises ample carbohydrate consumption is associated with the longest lifespan, but the type of carbohydrate makes a big difference.

Simple carbohydrates refer to sugars like fructose, glucose or sucrose, starches, and polyols like sorbitol and mannitol. With such a range of sugars, it should come as no surprise that they have different effects on the body.

Your body quickly breaks down simple sugars like monosaccharides and disaccharides, causing an insulin spike. They make you feel satisfied, but their energy is short lived. You find these simple carbs in sweets, foods baked with white flour, and fruit juice concentrate.

Complex carbohydrates (polysaccharides) take longer for your body to break down since they contain starches and fiber. These foods cause a more gradual increase in insulin, controlling the release of insulin. Complex carbs include legumes, whole grains, fruits, and vegetables.

Spikes in blood sugar have been linked to cardiovascular problems and even cognitive decline.2 Fortunately, it’s possible to find out which foods cause this unwanted physical response by checking their glycemic load.

Glycemic load describes how much a single serving of a type of food will increase your blood sugar level. Nutritionists based glycemic load on an older model for describing the impact of foods on blood sugar- glycemic index. Glycemic load is a more practical measurement because it describes the effect of a typical serving of food. Whereas, glycemic index describes the impact of whatever amount of that food would contain 50 grams of carbohydrates- no matter how much or little of the food that may be.

Raisins, for example, have a high glycemic load. So even though they’re a fruit, they aren’t as healthy as the carbohydrates contained in a portion of food with a lower glycemic load. Strawberries, on the other hand, have a low glycemic load (and many health benefits!)

A moderate-carbohydrate diet is the healthiest choice, but simple carbohydrates put a strain on your body- spiking your blood sugar, and causing other detrimental health issues. Complex carbohydrates, like those found in legumes, grains, vegetables, and certain fruits provide more benefits without spiking your insulin.

Intentional Eating Can Fortify Your Future

The meta-analysis we reviewed in this article further confirms the many health benefits of a pH-balanced diet, including an increase in life expectancy.