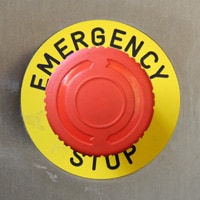 When I read a brand new study just published last week in the Journal of Clinical Endocrinology & Metabolism, it was like a breath of fresh air. “At last! Mainstream scientists are telling the truth about this toxic and dangerous osteoporosis drug”, I thought to myself.

But then I began to wonder – why did it take so long for this information to surface? After all, I wrote about these very same issues six years ago in the Osteoporosis Reversal Program.

I knew there had to be good reasons for the delay in getting this crucial information out. And after a bit of detective work, I found out why. Today, you will too. But first…

For this study,1 40 postmenopausal women were divided into 2 groups of 20 each. One group received a zoledronic acid (Reclast) injection. The other group received a placebo – a solution of harmless saline solution. Then the researchers tested for changes in the participants’ levels of a particular protein that regulates bone resorption.

The protein is called sclerostin, and it is crucial to the proper bone remodeling that takes place in your body every day. Simply put, bone remodeling involves the shedding of old bone cells, followed by new bone cell formation.

Sclerostin is produced by osteocytes, cells that are found in mature bone. It plays a relevant role in the remodeling process, since among other functions, it stops the production of new bone by osteoblasts.

Participants on Reclast Showed a Marked Increase in Sclerostin Levels

What does this mean?

As I’ve been saying all along, this means that Reclast (zoledronic acid) stops new bone formation, just like the rest of the bisphosphonates. The new study now pinpoints the main reason why: by increasing the levels of sclerostin. (Remember, these results can be applied to any bisphosphonate, because that’s exactly what zoledronic acid is.)

“ ‘The key to effectively treating osteoporosis lies in increasing bone mass,” said the study's lead author, Antonino Catalano, MD, PhD, of the University of Messina in Italy. ‘Zoledronic acid halts bone loss, but it also signals the body to stop forming new bone mass. The drug may need to be combined with other treatments to add bone mass.’ ”1

Notice how the researcher avoids the “new” problems with his discovery. Instead of saying that bisphosphonates are useless, he came up with the ridiculous recommendation of combining zoledronic acid with other drug “treatments” (more on this later).

Fortunately, this is not breaking news for the Save Our Bones Community. “Savers” know that the process of bone remodeling is absolutely crucial to bone health. I’ve written about the importance of bone remodeling from the get-go – it’s one of the foundational elements of Osteoporosis Reversal Program. In fact, I devote an entire chapter in the Program to this vital process of bone breakdown, followed by bone renewal.

That’s exactly what I wrote in the Osteoporosis Reversal Program six years ago. Quoting the Program, here’s one example of many:

“Bisphosphonates attach themselves to the bone matrix, altering its normal function by affecting the normal replacement of old bone with new bone. Indeed, bone loss can be reduced; but at what price? A very high price, because what the makers of these prescription drugs don’t mention is that, as explained in Chapter 3, inhibiting bone loss also inhibits new bone formation. Bones remain thick, but old bone is more prone to fractures than less dense yet more flexible newer bone.”

So you see, losing bone regularly is important to bone health. Unless you shed the worn out bone cells, the remodeling process comes to a halt. That is why the Osteoporosis Reversal Program emphasizes tensile strength and flexibility over density and hardness.

Getting rid of osteoporosis and improving your bone health is really simple if you work with your body’s natural processes. But the drug companies don’t like the simplicity of this concept. They’d rather complicate things so uninformed “patients” will think that they must take osteoporosis drugs to build their bones.

Get Ready for the Toxic Osteoporosis Drug Cocktail

In discussing the results of the above-referenced study, head researcher Catalano encouraged scientists to look out for “…an opportunity to increase bone mass by combining zoledronic acid with a drug that suppresses the resulting sclerostin's effect.”1

Just what we don’t need – another osteoporosis drug!

Researches at Amgen, Prolia’s manufacturer, are currently working on a drug (romosozumab) that blocks sclerostin. Romosozumab has recently failed to show that it can help with fracture healing. So what better than using the same sclerotin-blocking drug along with bisphosphonates in a pathetic attempt to correct the damage caused by bisphosphonates?

If osteoporosis “patients” are given Reclast (zoledronic acid) in combination with romosozumab, we can conjecture that the outcome will involve a deviant, drug-induced version of bone remodeling. With sclerostin inhibited, will bones grow unnaturally dense or even grow spurs or perhaps other abnormalities? We can’t say for sure, but given osteoporosis drugs’ dubious and damaging past, who would want to be the guinea pig?

Another odd coincidence is the sudden scramble for new and different osteoporosis drugs, such as romosozumab. But most likely, it’s not a coincidence. Why? Because the patents of many bisphosphonates are about to expire. Big Pharma now has a good reason to come out with new osteoporosis drugs in their rush to keep its monopoly on prescription osteoporosis treatments.

And guess which drug is on the patent expiration list? If you guessed Reclast, you’re right.

You see, when drug patents expire, sales decline, because Big Pharma loses its exclusive rights to market the patented brand-name drug. Then, as if by magic, the suppressed negative information on soon-to-expire drugs becomes available.

It seems as though mainstream science and, by extension, the Medical Establishment, are operating on “auto pilot” – Big Pharma’s mindset is always piloting the healthcare plane! They only think in terms of treating every health condition with drugs, and because this mentality is so deeply entrenched in “Modern Medicine,” it’s not likely to change any time soon.

The Save Our Bones Mentality

Thankfully, the Save Our Bones community is way ahead of the times. Its mentality is entirely opposite from that of Mainstream Medicine. Because this is the basic approach of the Osteoporosis Reversal Program: osteoporosis is not a disease, and drugs are not necessary to treat it. Instead, osteoporosis is the body’s response to an unbalanced environment in the body, which is easily corrected with the right diet, exercises, and lifestyle changes.

When you nurture a healthy, balanced body environment, your bones respond positively, just as they responded negatively to the unbalanced environment by developing osteoporosis.

Drugs Have No Place in Osteoporosis Management

All of this confirms that if you’ve never taken osteoporosis drugs (or if you’ve ditched them), you can be proud of yourself, because you’ve made the right decision. If you’re still not sure about stopping the osteoporosis drugs, rest assured that more and more negative information on those drugs will continue to come out over time. This is particularly true when the patents are about to expire!

I hope that if you’re still doubting whether to stop the osteoporosis drugs, this study on Reclast and the subsequent explanation of how Big Pharma really works will give you the confidence to stop them once and for all.