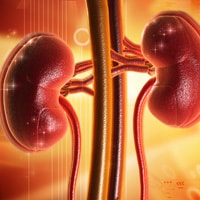 When I first started researching drug-free ways to prevent and reverse osteoporosis, balancing the pH emerged as a crucial element in bone health. It’s so important to preserve and increase bone density, that I based the Osteoporosis Reversal Program on this concept.

At the center of the pH balancing act are the kidneys, and today we’ll discuss six foods that you’ll want to avoid to keep these organs healthy, and how that plays into preventing bone loss.

A Brief Overview Of The Kidneys’ Role In Preventing Bone Loss

As your kidneys filter out toxins and excess acid from the blood, they also put a buffer or acid neutralizer back into the bloodstream in the form of bicarbonate. This shows how crucial it is for your system to be alkaline, and it’s also why the kidneys get overworked when, for example, you take a lot of medications (which are acidic) and/or eat an acid-forming diet.

And just as there are certain foods that help cleanse and alkalize the body and ease the load on the kidneys, there are also foods that are not only acidic, but actually damage these important organs.

Remember, no food is strictly off-limits on the Osteoporosis Reversal Program. So when I mention “avoiding” a food or foods, it’s more about raising awareness of how these foods act in your body so you can make informed choices and limit their consumption.

The following 6 foods (and food components) can actually harm your bones or your kidneys (especially when consumed in large quantities) and some of them may surprise you.

When my doctor announced I had osteoporosis, he also told me to “drink plenty of milk.” I’m sure that many of you in our community got the same advice, but fortunately, by now you know that most doctors have it all wrong about milk. Here’s a brief refresher why.

For one thing, milk contains animal protein. This protein is highly acidifying, whether it comes from a goat, sheep, or cow. This is why the consumption of milk and other dairy products increases calcium secretion in the urine – the body must take calcium from the bones to neutralize the acid in your system before your kidneys get bombarded with the excess protein.

And as you might suspect, this puts a tremendous amount of stress on your kidneys and “ages” your bones by depleting them of calcium. In fact, research from Harvard Medical School clearly shows that drinking milk does nothing to prevent fractures, and in fact may increase fracture risk.

Meat is, of course, straight animal protein, and a 2003 study shows that meat-rich diets increase the risk of uric acid kidney stones.1 This is direct evidence that animal protein harms your kidneys.

“…a balanced vegetarian diet with a moderate animal protein … and a high alkali-load with fruits and vegetables results in the lowest risk of uric acid crystallization compared to the omnivorous diets,”1 the study concludes.

The good news is that the pH-balanced nutrition of the Osteoporosis Reversal Program is low in animal proteins and rich in fruits and vegetables, so you’re doing more than building and rejuvenating your bones. You’re also protecting your kidneys!

I know how easy it is to become caffeine dependent. But while this stimulant may make you feel more energy temporarily, it ultimately makes you feel older and more tired.

The problem with caffeine is the very thing we like about it: it’s a stimulant, and if your kidneys are already taxed, long-term caffeine use can increase your risk of renal failure.2 Even brief caffeine consumption increases your risk of developing kidney stones, especially on an empty stomach. A 2002 study analyzed the immediate effects of drinking caffeine after 14 hours of fasting. The results showed greater calcium excretion in the urine and a higher risk of kidney stone formation.3

So have caffeine in moderation. Here’s a trick I use for my morning coffee: I brew half regular and half naturally decaf coffee to reduce the amount of caffeine.

While it’s true that sugar is bad for your bones, the “fake stuff” will rapidly decrease your kidney function. The fact is, these artificial sweeteners are synthetic chemicals that are toxic and acidifying.

The heaviest consumption of these chemicals is from drinking diet colas. In fact, it’s been scientifically proven that just two cans of diet soda cause a decline in renal function.4

So use plant-derived stevia instead of the toxic artificial sweeteners.

These bubbly beverages rob your bones of their youthful vitality in other ways besides crippling your kidneys. They literally melt your bones because of the enormous amount of caustic phosphoric acid they contain. This acid dissolves calcium, making it just about impossible to prevent bone loss.

Like the study above involving two or more cans of cola a day, another study showed that this same amount of carbonated beverages – regardless of the kind of sweetener they contained – increased the risk of chronic kidney disease.5

With their high concentration of sugar or artificial sweeteners, caffeine, and phosphoric acid, such beverages are best avoided if you want to prevent your bones from losing density. Instead, drink plenty of distilled water with a few drops of lemon juice, and feel free to indulge in the occasional homemade soda alternative.

Plus table salt, which contains 40% sodium, is devoid of other trace minerals or healthful components, thus bombarding your kidneys with excessive amounts of a single element. For example, a high sodium diet that’s low in potassium has been linked to heart attack and, startlingly enough, death from any cause.5

Americans tend to consume far too much table salt and sodium. The kidneys must try to keep up with the resulting salt levels in the blood, increasing the need for water to keep intercellular fluids balanced. The body then holds the water as it tries to correct for the excess salt, creating excessive blood volume. The cardiovascular and renal systems must work very hard under this pressure.

There’s more bad news for sodium lovers – salt robs your bones of the calcium they need to be resilient and strong. Urinary output of calcium increases greatly when excess sodium is ingested, accelerating the aging process and damaging bones.6

Savers know that the Program recommends using sea salt instead of table salt. Plus when you follow the Program, you’re eating a potassium-rich diet, which counteracts the damaging effects of excessive sodium.

The artificial introduction of foreign genetic material into foods is a relatively new science, but research is emerging with ominous implications about this practice.

Some very common foods like corn, canola, and soy are almost always genetically modified these days, while evidence mounts that these foods cause kidney damage. When GM corn was tested on rats, the researchers concluded as follows:

…our data strongly suggests that these GM maize varieties induce a state of hepatorenal toxicity. This can be due to the new pesticides (herbicide or insecticide) present specifically in each type of GM maize, although unintended metabolic effects due to the mutagenic properties of the GM transformation process cannot be excluded.”7

Clearly, these foreign “invaders” overwhelm your kidneys and liver, detoxification organs that are crucial for preventing bone weakening and preserving youthful bones.

Take Action To Ensure Your Kidneys Are Functioning Properly

Besides just avoiding the above foods whenever you can, there are many cleansing, kidney-friendly foods you can eat to reverse the loss of bone density associated with age. The good news is, there are far more healthful, detoxifying foods than the six culprits listed above.

You’ll find a comprehensive list of these age-defying, kidney-cleansing foods and beverages in OsteoCleanse™, the 7 Day Bone Building Accelerator.

Even if you’ve been doing “all the right things,” it’s a great idea to give your kidneys a “tune-up” so they’ll function better and more efficiently.

OsteoCleanse™ flushes out the toxins that speed up the aging process, essentially “turning back the clock” on renal function. OsteoCleanse helps give new life to these crucial organs that play such an important role in maintaining the pH balance.

So if you haven’t yet, I encourage you to learn more about OsteoCleanse™, the 7 Day Bone Building Accelerator.