What Do Five Monkeys And One Banana Have To Do With Your Bones? - Save Our Bones

What Do Five Monkeys And One Banana Have To Do With Your Bones? 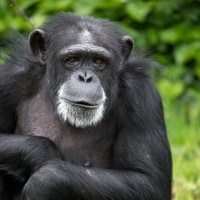 Have you ever wondered what makes people do what they do? Are you amazed, as I am, at why the majority of people unthinkingly conform to conventional behavior patterns that when analyzed seem completely nonsensical?

Today I’ll share with you a fascinating study that illuminates some startling insights into human behavior. What’s more, they can also be applied to bone health.

Five Monkeys, One Banana, and Some Ice Water

This study1 is really intriguing. For one thing, despite citations, some people claim the study never even happened. Perhaps the insights it provided are just a little too close for comfort…

Here’s how the researchers conducted the study (and please understand that I don't condone animal research). They placed five monkeys in a cage and hung a banana from the ceiling. They also placed a step-ladder under the banana, and when a monkey would race for the banana and grab it, that monkey and the other four were sprayed with ice-cold water. Eventually the message got conveyed: “No one should go for the banana, because we’ll all get sprayed.”

To make sure no monkey went for the banana (which they had learned would result in a spray of cold water), the monkeys would attack and beat up any monkey that tried to get it.

After a while, the scientists removed one of the monkeys and replaced it with one that had never been hit with cold water. Like clockwork, when the new monkey went for the banana the other monkeys attacked it and prevented it from getting to the banana.

Sounds familiar? If it does, it’s because…

Humans Behave in Much the Same Way

Amazingly, humans tend to behave like the monkeys in the study. And that applies to health as well. But thankfully, this does not apply to the Save Our Bones community.

How many people truly question what their doctor tells them? The majority of patients take what their doctor says at face value, assuming that the doctor is somehow “above” the patient. (Just as an aside, isn’t it interesting that the word “patient” ever became a noun to refer to people who are under the care of a doctor?)

Doctors are seen as infallible for reasons that really can’t be pinpointed. Like the monkeys who jumped the newbie going for the banana, most people simply don’t know why they don’t question doctors; they just don’t.

2. Trusting the FDA and its Drug “Approvals”

Despite numerous scandals linked to the FDA, people still continue to believe that FDA approval is the equivalent of a “safety seal.” There are just too many examples of the FDA getting caught with its corporate pants down to cite them all here; but let’s look at a few highlights.

Drinking fluoridated water has been proven unsafe time and again. Regular readers will know that fluoride in drinking water harms your bones (as I said above, these examples of health “mob mentality” do not apply to community members!). Numerous studies have shown the negative impact that fluoride has on the body, from thyroid dysfunction to brittle bones. It actually affects your body on a cellular level, changing the permeability of the cell membrane – any cell membrane. Your whole body is therefore at risk for damage by fluoride, including your bones.

Yet municipalities continue to add this costly toxin to the public water supply and the majority continues to drink it.

4. Ignoring Dangerous and Sometimes Lethal Side Effects of Drugs

The belief that drugs are the only way to cure a disease or manage a chronic condition is so deeply ingrained in most people, that they’re able disregard their side effects. Even when side effects are advertised on television, and even when they are drastic (such as death) or horrible (such as cancer), the mob mentality trumps caution and they take the prescription drugs anyway.

Amgen’s injectable arthritis drug Enbrel, widely advertised on many popular television channels, is a good example. Side effects and warnings range from serious infections to cancer. Here are some from the Enbrel2 website itself:

After reading a list like this, you’d think that nobody in their right mind would ever consider Enbrel, especially for a non-life-threatening condition!

5. Thinking that the next Osteoporosis Drug will be Safe and Effective

Followers of conventional wisdom actually hope and believe that the next osteoporosis drug will work without bad side effects. They’re somehow convinced that pharmaceutical companies will miraculously change their “modus operandi.”

But here’s a question everyone should ask themselves: if these drugs work, why are there so many of them? Aren’t they all supposed to do the same thing? If these drugs worked, then there would only need to be one of them. But they don’t work, and there never will be a synthetic osteoporosis drug that works without causing collateral damage.

Osteoporosis Drugs Are Not Necessary at All

Any supposed need for osteoporosis drugs has been eliminated with the Osteoporosis Reversal Program. Its scientific basis is thorough and sound, so there’s no need to wait for the next “approved” medication from the FDA.