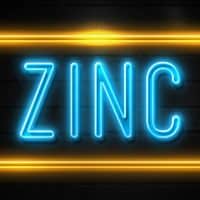 With autumn upon us, and cold and flu season right around the corner, it’s important to know that there are plenty of natural ways to stay healthy and strong right through the upcoming season. One such way is through ensuring that you get enough zinc.

Zinc, an essential trace mineral, is second to only iron in its concentration in the body. Sufficient amounts of zinc are needed for supporting the processes of various body systems. In addition to a plethora of health advantages, such as promoting bone density and protecting against oxidative stress, zinc is an essential component of a healthy immune system.

Unfortunately, zinc deficiency is a massive global problem that affects as many as two billion people worldwide. So today we present to you seven of the most common signs that may indicate that you are deficient in this essential mineral.

Why Is Zinc So Important?

As one of the Foundation Supplements in the Osteoporosis Reversal Program, zinc is scientifically proven to be indispensable to our bodies. A component of nearly every tissue in the body, it is involved in numerous aspects of cellular metabolism. In fact, zinc helps to stimulate the activity of at least 100 different enzymes.1

While approximately 12 percent of the general population suffer from zinc deficiency, the CDC also reports that as many as 45 percent of the elderly population is lacking in zinc, largely due to inadequate dietary intake and decreased absorption.

Zinc levels are not frequently tested, and even if they were, existing tests are inaccurate. Approximately 90% of the body’s zinc is found in muscles and bone tissues. As a result, blood tests do not adequately measure a zinc deficiency.

You may know that zinc boosts the immune system by activating T cells, a type of white blood cells called lymphocytes whose job it is to regulate our immune system and attack pathogens.2 While it is true that zinc plays a crucial role in warding off many common illnesses, the benefits of zinc extend far beyond the immune system.

Zinc is essential for both protein and DNA synthesis.3 It is highly concentrated in the cerebral cortex, hippocampus, and pineal gland, and thus adequate amounts of zinc are necessary for normal cognitive function.

A powerful antioxidant, several scientific studies have recognized zinc’s ability to slow oxidative processes.4 Zinc has also been shown to accelerate wound healing, to aid in sleep, and to improve the sense of sight, smell, and taste.5

Zinc intake is important to maintain strong and healthy bones. 50% of the zinc in our bodies resides in our bones, and it has been demonstrated to have a stimulatory effect on osteoblastic bone formation and mineralization.6 Zinc also suppresses the excessive activity of bone-destroying osteoclasts.

Zinc plays a critical role in the maintenance of a normal acid-base balance in the body, which Savers know is an integral part of the Osteoporosis Reversal Program. Carbon dioxide and water are converted to bicarbonate and water and then converted back again, to maintain acid-base balance in the blood. The enzyme responsible for this process is the zinc-dependent enzyme carbonic anhydrase. Studies have shown that a deficiency of zinc reduces carbonic anhydrase activity.7

Zinc is required for the proper functioning of another enzyme, alkaline phosphatase. Alkaline phosphatase boosts osteoblasts’ bone-building activity. Studies have shown that those with osteoporosis had low levels of zinc in their blood and bones.8

The Growing Problem of Zinc Deficiency

Since zinc is an essential mineral, and while there are supplements available, it’s also important to consume zinc-rich foods.

There are several risk factors for zinc deficiency, including advanced age, alcohol consumption, diabetes, and a strict vegetarian diet. The rising prevalence of intestinal disorders is also contributing to a zinc deficiency. For example, it is estimated that a significant number of Americans are infected with Helicobacter pylori, a bacteria known to cause stomach ulcers. H.pylori diminishes the acidity of the stomach, making it harder to absorb zinc. Another common health disorder, GERD, is often treated with medications that lower stomach acidity, thus contributing to lower zinc absorption.

How Much Zinc Do I Need?

Zinc is required in specific amounts, and there are hazards to both excessive intake and deficiency. Thankfully, it is nearly impossible to consume too much zinc through diet alone.

The current recommended daily allowance (RDA) for zinc is 11 mg for adult males and 8 mg for adult females.9 Pregnant and lactating females have higher requirements. These RDAs are suggested for maintaining adequate zinc levels. However, if you are already deficient, it is recommended that you consume up to 25 mg of zinc each day.

How Do I Know If I Am Zinc Deficient?

1. You Get Sick Often

As discussed earlier, zinc is essential to a healthy immune system. If you find yourself catching one cold after the other, you may be lacking zinc.

As mentioned earlier, zinc is vital for the growth and differentiation of T-cells into the infection-fighting white blood cells.10 Zinc also plays a significant role in the death of cells that occurs as natural part of life, called apoptosis. Without zinc, cells would continue to grow and replicate, possibly leading to an increased number of infections or cancer.11

Research has shown that when zinc is administered within 24 hours of onset of cold symptoms, the duration of the symptoms are significantly reduced.12

2. You Are Forgetful And Unfocused

If you find yourself becoming increasingly more forgetful, age may not be to blame. Several studies have shown a link between zinc deficiency and memory.

Scientists at Duke University and chemists at MIT performed a collaborative study on the effects of zinc on brain function in mice. The scientists used a chemical that binds with zinc to eliminate it from the brains of the mice. Once the zinc was removed, the communications between neurons were virtually nonexistent. The researchers concluded that zinc is vital for controlling the efficiency of nerve cells in the hippocampus.13

It has also been suggested that zinc deficiency leads to a faster decline in Alzheimer’s disease, and studies show zinc therapy to protect against cognitive decline.14

3. You Have Frequent Diarrhea

If you have frequent loose stools and find yourself going to the bathroom more often than you would like, zinc may be the culprit.

Diarrhea may be both a sign and a cause of zinc deficiency. The intestine is the site of zinc absorption as well as the primary source of zinc excretion. The mechanism by which zinc deficiency causes diarrhea is unknown, although a compromised immune system may contribute to bacteria that cause diarrhea. Studies have shown zinc supplementation to be beneficial in slowing diarrhea.15

4. You Have Troubled Skin

Your skin contains approximately six percent of your body’s total amount of zinc. Acne, pimples, and skin rashes can all arise from suboptimal zinc levels. Zinc assists in the proper structure of proteins and cell membranes, protects against UV radiation, and has anti-inflammatory effects.

Several scientific studies have illustrated the positive effect that zinc has on acne. One such study found that zinc was as effective at reducing acne as the commonly-used antibiotic, tetracycline.16

5. Your Hair Is Thinning

If you have noticed extra hair in your shower, on your pillow, or if your hair simply looks thinner when glancing in the mirror, you may want to consider zinc deficiency as a possible cause.

Zinc is vital for protein synthesis, and zinc deficiency can lead to deterioration of the protein structure that makes up hair follicle, resulting in hair loss. Additionally, zinc is essential for the production of DNA and RNA, both of which are required for the normal division of hair follicle cells. Therefore, a lack of zinc can interrupt the hair growing process.

Zinc deficiency has also been tied to low levels of thyroid hormones, or hypothyroidism. Hypothyroidism has been shown in studies to contribute to hair loss.17

6. You’ve Been Diagnosed With Leaky Gut

Although often overlooked by Mainstream Medicine, leaky gut is an intestinal condition that affects many people. The gut is naturally permeable to small molecules so that it may absorb vital nutrients, such as zinc. However, those with leaky gut experience breakage of the tight junctions in the intestinal linings. As a result, toxins, undigested food, and other microbes have a pathway from the gut straight to the bloodstream, triggering an immune system response.

Zinc is an essential component in maintaining intestinal wall integrity. In fact, zinc has been shown clinically to improve intestinal permeability.18

7. You Suffer From Allergies

Many people who suffer from itchy, watery eyes and frequent sneezing attribute it to the environment. While it may be true that pollen or grass may be triggering your allergy, the solution may be easier than you think. Allergies occur when your body’s immune system overreacts to substances around you. In response, your body releases a biochemical called histamine to help fight the invaders.

Zinc plays a key role in how your body stores histamine. A lack of zinc naturally causes more histamine to circulate throughout the body, thus triggering an increased response to allergens.19

Zinc is typically associated with animal protein, and for a good reason. Meat is a rich source of zinc, with one serving of beef containing nearly all of the recommended daily allowance (RDA). However, Savers know that meat is acidifying and should be consumed in moderation and in proper balance with alkalizing foods.

Nutrients that are typically associated with meat, such as zinc, can also be found in vegetarian foods. It is important to recognize that the zinc in plant-based foods is less bioavailable. Therefore, if you are not a meat-eater, it will be important to consume more plant-based foods to ensure that you are getting enough of this essential mineral, or opt for a zinc supplement.

Below are some of the best sources of zinc from both plant-based and meat-based sources.

Zinc Is Just One Piece of the Puzzle

As diverse and important of an element that zinc is, it is only one component of the entire health picture. The Osteoporosis Reversal Program is built around the premise that bone health is dependent on the interplay of micronutrients, antioxidants, enzymes, and more.

Those familiar with the Osteoporosis Reversal Program know that there is no single magic bullet to solve any health problem, and zinc is no exception. Rather, the Program emphasizes obtaining as many Foundation Supplements through whole foods as possible.

If you are among the many Savers who are already following the Osteoporosis Reversal Program, you are well on your way to not only building healthy bones, but to building a healthy body.