Evenity (Romosozumab): Everything You Need To Know About This New Osteoporosis Drug - Save Our Bones

Evenity (Romosozumab): Everything You Need To Know About This New Osteoporosis Drug 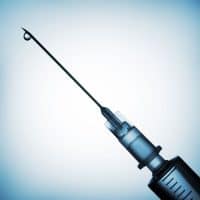 The Food and Drug Administration (FDA) has recently approved a new injectable osteoporosis drug, Evenity (romosozumab), developed by drug-maker Amgen. The same drug was rejected by the FDA in 2017 because of the health risks it poses.

Unsurprisingly, Amgen found a way to get Evenity on the market in spite of the damage it can cause.

Today we'll take a comprehensive look at Evenity, including an examination of its mechanism of action, its side effects, and why Amgen has now been allowed to sell a drug that was already known to be dangerous.

Romosozumab And How It Works

We know about the action of sclerostin because of a naturally occurring molecular defect which results in a deficit of sclerostin and unusually high bone mass. The drug aims to reproduce this defect artificially.

Its mechanism of action makes romosozumab different from bisphosphonates, which in essence depress all bone-remodeling, leading to suppression of both bone loss and new bone formation.

Romosozumab very quickly ramps up new bone production and adds on bone mass, but over the course of a year, the monthly injections have a declining effect, until finally, they no longer stimulate significant bone growth. Studies have found that after the drug was stopped, bone mass returned to pre-treatment levels.1

That's not a viable long-term solution for bone loss, but if you're a pharmaceutical company, it's ideal, because it creates the need for even more drugs. A year’s treatment of Evenity injections has to be followed by bisphosphonates, in an attempt to lock in the increased bone mass.1

This process amplifies the problems with bisphosphonates that Savers already know about: they suppress the natural bone remodeling process, creating stiff, brittle bones, instead of the flexible and resilient bones created by the body's natural process. Your body has an incredible built-in system for removing old and damaged bone to replace it with strong new bone. These drugs work in direct opposition to that natural process.

Studies have found that treatment with romosozumab led to increases in new bone formation and reductions in bone loss. However, after a year of treatment, the drug stopped working, so bisphosphonates are typically prescribed at the end of treatment.

The FDA rejected romosozumab in 2017 because clinical trials revealed that it caused cardiovascular (CV) problems in a significant percentage of women. The drug's phase three studies included 4,900 postmenopausal women at high risk of fracture. Fifty of those women (or 2.5%) developed cardiovascular symptoms or experienced cardiovascular events such as a stroke.1

The FDA has a history of approving drugs that turn out to be deadly. However, in 2017, they decided romosozumab was too dangerous. But Amgen wasn't prepared to give up on their investment, so the company applied the next year again with the same drug and the same clinical trials. This time though, they sought approval only for women at high risk of fracture, instead of for any woman diagnosed with osteoporosis or osteopenia.

The FDA took the bait. They added a stipulation barring women who have suffered a heart attack or stroke within the previous year and demanded a boxed warning about the increased risk of CV problems.

The FDA also decided that the CV risks of taking romosozumab were not adequately understood, but instead of rejecting the drug until more data could be collected, they are requiring Amgen to conduct a postmarketing study on the drug’s cardiovascular safety.

This means that unsuspecting consumers using this drug will be the guinea pigs for Amgen and the FDA to decide whether or not this drug is safe enough. The incredible backwardness of this decision is hard to fathom, and it's heartbreaking to think of the women who will be harmed by it.

Needless to say, the risks of this drug are not worth the potential for short-term increased bone mass. Especially considering its limited efficacy, the requirement of starting bisphosphonates after treatment, and the simple fact that there is a healthy and natural way to reverse osteoporosis without drugs.

Romosozumab's clinical trials determined that a significant percentage of users suffer cardiovascular problems. The FDA rejected the drug in 2017 for that reason but approved it in 2018 for a higher fracture risk population only, provided users don't have a recent history of CV incidents.

A Better And Safer Solution

In essence, there’s nothing new about romosozumab: it falls into the same category as all the other osteoporosis drugs. If anything, it's worse, because of the established dangers, and the necessity for additional drugs once the course is completed.

The truth is that none of Big Pharma's drugs are necessary for decreasing fracture risk and increasing the health and strength of your bones. The Osteoporosis Reversal Program is based on decades of scientific research that prove the positive relationship between diet, exercise, lifestyle, and bone health.

As science marches forward, new studies teach us more about nutrition and our bodies and continue to reinforce what Savers already know and practice. Osteoporosis drugs, new or old, are not a safe or effective way to prevent fracture and ensure a healthy and full life.