All About Your Biological Clock, Your Bone Health, And Overall Health - Is There A Connection? - Save Our Bones

All About Your Biological Clock, Your Bone Health, And Overall Health – Is There A Connection? 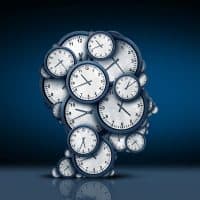 Just last month, a quarter of the world turned their clocks back one hour as daylight saving time concluded for the year. While many celebrated the “gained” hour by enjoying some extra sleep, few may know that our bodies must readjust our biological clocks.

All human beings, and most living organisms are dependant on a circadian rhythm. From the Latin circa “approximately” and diem “a day,” circadian rhythms are internally driven cycles that affect the pace of our daily physiological processes.

Scientific research has illustrated the importance of keeping our circadian rhythm in sync with the daylight hours, since it influences everything from temperature regulation to hormone release and even digestion. In fact, irregular circadian rhythms have been linked with various health conditions, including increased bone loss.

As the holidays approach, and the temptation to enjoy late-night parties increases, we want to share with you the importance of maintaining a balanced internal clock.

The biological clock has been studied for hundreds of years. In 1729, French astronomer Jean Jacques d'Ortuous de Mairan observed the opening and closing of plants in response to what appeared to be the sunlight. De Mairan placed the plants in constant darkness and noted that the opening and closing of the leaves continued despite the lack of sun. He concluded that there must be an internal clock that regulates the biological rhythms of living organisms. De Mairan is credited as the first scientist in Chronobiology, the field of study that examines the biology of time.

Our internal clocks are housed deep within our brain’s hypothalamus in an area called the suprachiasmatic nucleus (SCN). The SCN is situated close to the area of the brain where the fiber optic nerve fibers cross, enabling it to regulate itself on a 24-hour cycle using cues from the sunlight.

Some scientists believe that this “master clock” located in the SCN regulates several other internal clocks located throughout the body.1 Experiments on fruit flies, which, like humans, are affected by circadian rhythms, found that certain neurons relayed time information from the central clock in the brain to the peripheral clock of the prothoracic gland. The study suggests that SCN is the master regulator of all the internal clocks.

This incredibly intricate timing system is composed of both genes and proteins that work in tandem through a feedback loop to keep our biological clocks in tune with the outside environment. When internal clock genes are activated, they trigger the production of proteins. These proteins build up in the cells until they reach a point that signals the genes to switch off. As the proteins degrade, the genes switch back on. The recurring cycle takes approximately 24 hours in the human body.

This complex mechanism by which the cycle is maintained has been studied for the last four decades by three American scientists, Michael Young, Michael Rosbash, and Jeffrey Hall. Earlier this fall, the trio was awarded the 2017 Nobel Prize in Medicine or Physiology for their work on the circadian rhythm.

While researchers have known for years that the body’s internal clock is responsible for wakefulness and sleep, science is beginning to illustrate that nearly every function of our body is tied to our biological clocks.

Take melatonin production for example. This bone-building hormone produced in the pineal gland is responsible for our body’s daily cycle. As the sun sets, and there is less light input into the SCN, melatonin production increases. Rising melatonin levels in our blood signal the body to go into sleep mode.

Prior to the introduction of electricity in the 19th century, circadian rhythms were dictated by natural light. As the sun set, individuals went to sleep, only to be awakened at dawn. However, the invention of artificial light has allowed our schedule to be dramatically altered, having big impacts on our health.2

Further complicating the problem in recent years is the increased use of electronic media. Studies have demonstrated that evening use of light-emitting electronics negatively affects sleep. In fact, one study showed that melatonin was reduced by as much as 50 percent in those who read using electronic devices.3

Melatonin is only one of several hormones affected by the circadian rhythm. The hormones responsible for hunger and metabolism also rise and fall throughout the course of 24 hours. Ghrelin and leptin, the hormones responsible for promoting and suppressing hunger respectively, follow a rhythmic cycle as well. Studies have shown that sleep deprivation increases levels of ghrelin and decreases the levels of leptin, causing individuals to eat more when tired.4

While leptin has been known for its role in energy expenditure, recent studies have illustrated the importance of leptin in bone formation. Decreased levels of serum leptin have been associated with low bone mass.

Speaking of hunger, studies have clearly illustrated that blood glucose levels are directly influenced by the circadian rhythm. In one study, scientists were able to identify thousands of genetic pathways the internal body clock takes to dictate the timing of pancreatic insulin production.5

Our ability to effectively respond to stress is also impacted by our biological clocks. Various systems that regulate stress, such as hypothalamus-pituitary-adrenal (HPA) axis and the autonomic nervous system (ANS) receive strong circadian input.6 The adrenal glucocorticoid, cortisol, is responsible for regulating the stress response. In a healthy individual, blood cortisol levels rise dramatically as the night progresses, peaking as the sun begins to rise. It then begins to fall during the day, with the lowest levels occurring before bedtime. Studies have shown that even slight sleep disturbances result in elevated cortisol levels the next evening.7 As excess cortisol is linked to bone loss, it is vital to keep its levels in check.

Various other body systems are affected by the circadian rhythm. Take, for example, the temperature-regulating function controlled by the hypothalamus. Body temperatures also follow the 24-hour circadian rhythm, falling to their lowest between 3 and 6 am and peaking between 4 and 11 pm. This phenomenon tends to explain why fevers peak during the late-afternoon and evening hours of a day.

Our internal clocks impact more than just our physiological health. Studies have shown that our psychological health is influenced by circadian rhythms as well.8 People with mood disorders such as depression, schizophrenia, Seasonal Affective Disorder (SAD), and bipolar disease have been shown to have disrupted circadian rhythms. Production of serotonin, the “happiness” hormone, is directly related to sunlight exposure.9 Serotonin levels increase during the time of day when there is more light.

As a society, we are only starting to fully grasp the negative health impacts facing those who don’t heed the call of their internal clocks. A tremendous amount of research surrounds the health of shift workers, such as nurses who work nights in a hospital. Working nights has been linked with increased rates of heart disease, cancer, diabetes, obesity, and depression, just to name a few.

The health implications extend beyond those who work nights, however. Studies have shown that individuals who get insufficient sleep are also impacted by the same health problems facing shift workers.

Your Bones Also Affected By Your Internal Clock

As you can see, the majority of metabolic and physiological processes in the human body display functions influenced by the circadian rhythm. So it should come as no surprise that bone metabolism is also impacted by our internal clock.

A 2016 study examined mice who were deficient in the circadian clock protein BMAL1. Mice in the study demonstrated low bone mass that progressively worsened over their lifetime. The researchers concluded that the circadian clock plays a supportive role in the regulation of bone homeostasis.11

Given the plethora of research on the role that the circadian clock plays in maintaining our health, it makes sense that adequate and restful sleep is one of the most important health habits we can nurture.

A study published this fall found that healthy men who didn’t achieve adequate amounts of sleep for three weeks had substantially reduced levels of the bone formation marker P1NP in their blood.13 While bone formation decreased for the study subjects, bone resorption remained unchanged.

To make sure you get a good night’s sleep and to not disrupt your circadian rhythm, try to keep a steady bedtime schedule, avoid bright lights at night, get enough physical activity during the day, spend time outdoors whenever possible, and manage your stress.

At the Save Institute, we have been discussing the importance of sleep and maintaining a balanced internal clock from the get-go. It is clear that our bodies and bones depend on a predictable sleep-wake cycle. The additional recent research further confirms what we have been recommending in the Osteoporosis Reversal Program for the past decade.