Annoyed By Water Retention? Try These 6 Ways To Control It (And Build Your Bones Too!) - Save Our Bones

Annoyed By Water Retention? Try These 6 Ways To Control It (And Build Your Bones Too!) 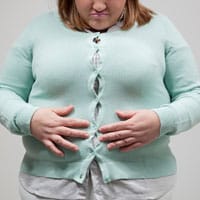 Water retention can be very uncomfortable. Not only do your clothes not fit, but you may feel overly full and sluggish. Relief from these annoying symptoms is not far away, however – in fact, it’s no further than your kitchen and grocery store!

Today we’ll look at six effective, scientifically-proven ways to reduce water retention, and unlike pharmaceutical diuretics, all of them are beneficial for your bones.

Before you undertake any remedies for water retention, it’s important to know…

Excessive water weight in the tissues can point to serious medical conditions such as hepatic, cardiac, or renal disease.

How The Body Retains Water

Your body is continually balancing water inside and outside of cells. Water forms the majority of your blood volume, carrying nutrients and oxygen throughout your body where they are taken up by the appropriate organs, which are themselves composed mostly of water.

In a complex interplay between hormones and prostaglandins, your body signals your kidneys to excrete more or less urine to compensate for the liquid being taken in or denied. It’s not uncommon for this system to become imbalanced, which can result in excess fluid accumulating outside the cells and in the body’s tissues.

To bring this process back into balance, you can make various adjustments in your diet to help the water get back where it belongs. Here are six bone-healthy tips for doing just that.

The first dandelions are blooming in the Western Hemisphere right now, and many homeowners consider them a weed. But all parts of this plant are edible, even the pretty yellow flowers, and its leaves have natural diuretic properties.

Dandelion has a long history of use in treating idiopathic edema, and recent research backs up this application. Seventeen volunteers discovered dandelion leaf’s effectiveness firsthand – when they took just three doses of dandelion leaf extract over the course of 24 hours, their fluid output increased significantly in the days following ingestion.1

The volunteers in the study took an extract, but dandelion leaf tea is also similarly beneficial (and you get the added benefit of the water used to make the tea). Dandelion leaves are easily obtained here in the U.S. from April to October, and some are even sold in grocery stores alongside kale, collards, and other traditional greens.

A word of caution, though – as I mentioned above, dandelions are considered a weed by many, so don’t gather dandelion leaves for tea unless you’re sure they have not been sprayed with weed killer or other chemicals. Dandelions grow readily in pots, too.

2. Consume Foods Rich In Vitamin B6

Have you ever noticed increased urination when you take B-complex vitamins? That’s due to the presence of B6 (pyridoxine), a water-soluble vitamin that has a significant diuretic effect. Vitamin B6 occurs naturally in foods such as the following (all of which are Foundation Foods):

For premenopausal women, Vitamin B6 has been shown to help relieve water retention associated with the menstrual cycle.2 So if you’re dealing with monthly bloating, it might be a good idea to increase consumption of the above foods. Aside from eating the foods mentioned above, it’s a good idea to take a B-complex supplement, to ensure that you’re getting adequate amounts of all B vitamins.

Table salt is sodium chloride; there are no other minerals present. That fact alone should alert you to the potential for imbalance – ingesting too much of one thing is never a good idea for your health.

In the absence of other minerals, particularly potassium, table salt can disrupt the passage of water across cell membranes, resulting in too much water outside the cells. In addition, excessive salt increases urinary calcium output, contributing to low bone density.

So if you’re dealing with idiopathic edema, you should cut back on your salt intake and avoid processed, packaged foods, since they typically contain lots of salt. And make sure to replace the salt you put in your food with alkalizing sea salt.

As I mentioned above, potassium balances sodium, decreasing sodium levels in the body and boosting urine production. If you’re following the Osteoporosis Reversal Program, then you’re already getting plenty of potassium-rich foods as part of the Program’s alkalizing diet. In fact, the following foods, high in potassium, are Foundation Foods:

5. Cut Back On Sugar And Refined Carbohydrates

Many people don’t realize that sugar contributes to water retention. But it does, because sugar influences insulin levels and insulin, in turn, regulates water resorption by the kidneys.

“Sodium transport through various nephron segments is quite important in regulating sodium reabsorption and blood pressure.”3

In a nutshell, too much sugar spikes insulin levels, and high levels of insulin signal your kidneys to reabsorb sodium and retain fluid. And as you cut back on sugar and its close cousins, refined carbohydrates, you’ll be doing your bones a big favor, too, because excessive table sugar consumption is deleterious to bones.

Magnesium is involved in a huge number of metabolic processes, so it’s not surprising that fluid retention would be influenced by this mineral. Research indicates that magnesium helps with idiopathic edema associated with premenstrual syndrome, particularly when taken in conjunction with Vitamin B6.2

Magnesium is a bone-building mineral as well. Eat these following Foundation Foods to increase your magnesium levels:

All of the foods listed here are excellent for your bone health, showing once again that a nutritional plan that builds bone also benefits the rest of your body.

Bone Health Is About More Than “Just” Bones

As the evidence mounts in favor of an alkalizing diet (as described in the Osteoporosis Reversal Program), Savers should be more and more confident that they are doing the best not only for their bones, but for their heart, liver, kidneys, muscles, nerves, digestive system, and so much more!

If you’re following the Osteoporosis Reversal Program, and you’re experiencing idiopathic edema, you can easily adjust your diet to include more of the foods listed above. This points not only to the myriad health benefits of the Program, but also its versatile, customizable nature.

This is in stark contrast to the medical model, which simply prescribes a drug for a coinciding symptom. The drugs don’t address the underlying problem – they simply mask the symptoms, holding you captive to long-term ‘treatment’.

The natural, scientifically-based dietary protocol of the Osteoporosis Reversal Program addresses the underlying issues by correcting metabolic imbalances. And you can customize it to suit your particular health situation and needs beyond bone health.

Remember, the fight against osteoporosis involves the whole body!