Fewer People Using Drugs To Treat Osteoporosis - Save Our Bones 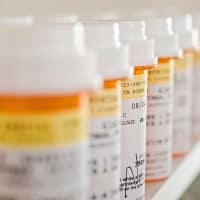 As Savers surely know, May was National Osteoporosis Awareness and Prevention Month. Fortunately, we have evidence that awareness is indeed growing, as more and more people are learning about their options for reversing and preventing osteoporosis. A study published in February 2020 in the prestigious journal The Lancet shows that fewer people are taking osteoporosis drugs. We'll look at the details of that study, and why the authors consider this reduction a “crisis”.

Of course, it isn't a crisis. This reduction is evidence that patients (and some doctors) are learning about the dangers of these drugs. Hopefully, instead of taking osteoporosis prescription drugs, they are pursuing a bone-healthy diet, exercising, and making simple lifestyle changes, like the ones recommended by the Save Institute.

In fact, Savers can take credit for this encouraging trend of refusing to take osteoporosis drugs and advocating for doctors to rethink osteoporosis!

This new study, authored by two doctors, is a meta-analysis of previous studies. It purports to address the intersection of two trends: the aging of the world population and the reduction of osteoporosis drug prescriptions.

While the prescription rates of osteoporosis drugs vary worldwide, the researchers report that it is decreasing in most countries. They cite a combination of factors: low-risk and long-term patients who stop their course of treatment, and new patients who meet the prescription criteria but never start taking these drugs.

Here is a particularly telling figure, quoted from the study:

“After hip fracture, osteoporosis medication use in the USA within 12 months after discharge was 40% in 2002, and 20% in 2011. These results are similar in other countries, including European countries, and after various incident fractures.”1

Over that span of nine years, the prescription rate dropped by half. It has been another nine years since then, and the study suggests that the numbers have continued to decline. The researchers also cite a 2012 observational study in ten countries, in which only 35% of women who had experienced more than one incident fracture were taking an osteoporosis drug.1

Fewer and fewer people are taking osteoporosis drugs, as evidenced by several studies conducted in countries around the world.

Side Effects And Practitioner Perceptions

The study's authors point at two major factors to explain the reduction in prescription rates.

First, patients are refusing pharmacological treatment because they do not want to suffer the potential side effects.

Second, many physicians are refusing to consider osteoporosis a “disease” that must be treated with a drug, and are instead seeing it for what it is: a loss of bone strength that occurs naturally with age.

The researchers regard both of these shifts as negative, but at the same time, they explicitly list the horrific side-effects caused by drugs that more and more doctors are recognizing as ineffective and unnecessary. This is how the study describes the causes of declining prescription rates, which they deem a “crisis”:

“Among the reasons for this crisis in the treatment of osteoporosis are insufficient awareness of osteoporosis among health-care providers and the fear of side-effects of some of the treatments—ie, osteonecrosis of the jaw, atypical femoral fractures, atrial fibrillation, and hypocalcemia”1

Let's take a closer look at these side effects:

These are the only side-effects mentioned in the study, but osteoporosis drugs have other potential side-effects as well, including:2

It's no wonder that patients have chosen safer and more effective ways to reverse and prevent osteoporosis. And it's heartening to learn that more and more doctors are ignoring Big Pharma's ongoing attempt to pathologize this part of the aging process.

Although the study's authors have chosen not to see it this way, they're delivering good news. Doctors and patients alike are increasingly seeing osteoporosis for what it is, a physical change that can be counteracted through diet, lifestyle, and exercise.

The study's authors point to growing awareness of the devastating potential side-effects of osteoporosis drugs as a leading cause of declining prescription rates. They also note that more and more doctors are rejecting the idea that osteoporosis is a disease that requires pharmacological intervention.

What’s The Purpose Of This Study?

They argue that if patients could be made to understand how small the risk of debilitating side-effects is, that they would accept the prescriptions. Perhaps they should consider that patients are smart enough to understand that even a small risk isn't worth taking when there is a no-risk solution with numerous additional benefits.

The article acknowledges the body of scientific literature that proves that exercise and supplementation are effective at accomplishing the same thing that drugs attempt to accomplish, without the side-effects. But instead of recommending them, they argue that patients should take the drugs in addition to making those lifestyle changes.

This confusing stance, and the assertion that both practicing physicians and informed patients are somehow a problem, are explained at the very bottom of the study in a section listing conflicts of interest.

The “CR” and “KB” in the quotation below are the initials of the two authors. And the funding sources listed are all Big Pharma corporations that produce and sell osteoporosis drugs:

This study was funded by a number of osteoporosis drug manufacturers. The study discloses this massive conflict of interest, which explains why the study exists and why the authors view these positive changes as a “crisis.” They are paid by and speak on behalf of Big Pharma.

You're not alone in taking a healthier path to prevent fracture. As this study reveals, more and more people are choosing a drug-free approach to improve the quality of their bones and their lives.

Expect to see more panicked fear-mongering from Big Pharma as the wider public realizes that they have better, safer and more effective options. And give yourself a pat on the back for being part of the vanguard of a smarter, safer, more effective approach to bone health.