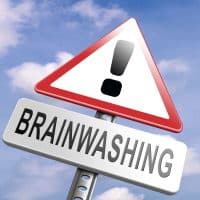 However, the work of the BHOF is undermined and marred by their cozy relationship with Big Pharma. It receives financial support and direction from pharmaceutical companies that sell ineffective and dangerous osteoporosis drugs like Fosamax, Prolia, and Forteo.

This year, with funding from Amgen, the manufacturer of Prolia, the BHOF produced a video that attempts to undermine what Savers know, and what everyone who gets diagnosed with osteoporosis deserves to learn: drugs are not necessary to avoid fractures, and they aren’t as effective as natural and safe treatments. Making matters worse, they sometimes cause atypical fractures.

On their website, BHOF openly thanks Amgen for supporting their advocacy efforts

So let’s begin our in-depth look at this deceitful video.

This is the video, titled The Osteoporosis Risk Equation:

There are three important facts we should take into account as we interpret the contents of the video:

As mentioned earlier, pharmaceutical giant Amgen, maker of the injectable osteoporosis drug Prolia, is offered a special thanks on the BHOFF’s website, “for providing a grant to support BHOF’s risk equation video.” This funding already undermines the credibility of this video as it it opens the door for a potential conflict of interest.

The video portends to offer an unbiased assessment of the risks of fracture (for an average person) versus the risks of taking osteoporosis drugs (like the one produced and sold by Amgen). However, the video is clearly not unbiased at all. This isn’t an educational video; it’s a commercial.

2. The Bone Health and Osteoporosis Foundation Is In Bed With Big Pharma

A cursory examination of the financial sponsors, history, and corporate advisory board of the BHOF reveals that it has deeply entrenched connections with pharmaceutical corporations.1

3. The BHOF Favors Osteoporosis Drugs Over Other Available Treatments

The conclusion of this video is foregone, for the reasons detailed above. The BHOF has positioned itself on the question of fracture prevention in the way most profitable to pharmaceutical companies. Their description of human biology seems to suggest that after a certain age, most people will eventually need to take osteoporosis drugs. Even the language the BHOF uses reinforces this idea, using scare-tactics as the basis for their arguments.

The Manipulation And Misinformation In The Video

Now that we have some context to help us interpret the video, we can dig into the specifics. Let’s start with how the video is presented.

Pathologizing Language – The Save Institute maintains that osteoporosis is not a disease. In this video the BHOF consistently uses the language of disease to disempower people who have been diagnosed with osteoporosis or osteopenia. By pathologizing fracture risk, they equate it with actual diseases that can be contracted and treated.

Invalid “Expert” Commentary – The video uses audio clips of people talking and briefly flashes digital business cards showing who they are as if to ensure the viewer of their credentials. But two of the people are the BHOF’s Director and the leader of an BHOF support group. These are not unbiased voices, they both work for the company making the video. If the video were genuinely presenting the pros and cons of osteoporosis drugs, it would have included scientists who study those drugs, real people who have suffered the consequences of taking them, and nutritionists and biologists who can explain the science behind bone loss.

Scare Tactics – The video is full of familiar scare tactics. They start small with the language of disease and diagnosis, attempting to stigmatize the natural reduction of bone density with age. Less than a minute into the video, it suggests that not seeking diagnosis and treatment (by which they mean drugs) for osteoporosis will lead to the loss of dignity, independence and result in death. Don’t be fooled by the cute animations and the soothing voices – this video is intended to frighten its viewers.

The offensive tactic or utilizing manipulative language further demonstrates that this video is not credible. Next we’ll look at some more specific text from the video.

You Don’t Need Drugs To Improve Your Bone Health

Here’s an excerpt from the video:

“Nobody likes to take medication… we want to believe that if we can change our lifestyle, eat healthy and get the recommended amount of calcium and vitamin D, and exercise then we don't need to take medication and we can still rebuild our bone density. Unfortunately, that's not the case”

The Save Institute’s articles are jam-packed with studies linking healthy foods to stronger bones and reduced fracture risk. Take for example our recent article on an Australian study that followed 1,200 women over the age of 75. It found that women who drank at least three cups a day of black tea were more than a third less likely to suffer a broken bone than occasional tea drinkers. The researchers concluded that the flavonoids in the tea were responsible for this remarkable benefit. 2

Or you could read the article that explains the study titled “Dietary carotenoids reduced hip fracture risk in lean men: The Singapore Chinese Health Study.” Carotenoids, as you could probably guess, are found in carrots, and many other fruits and vegetables.3

We could go on and on listing studies that prove BHOF’s statement wrong. And we promise that we will go on and on writing about them so that you have the latest discoveries published by scientific journals around the world in an easy to understand manner.

Sometimes though, a scientific report can feel detached from real people and real experiences, so here are real-life results from Savers who have found measurable success by following the Osteoporosis Reversal Program:

Been on your program one and a half years my dexa was -4.9 a year ago went back this year my dexa was -0.7. I am so happy with the exercises and the supplements.

Thanks to your Osteoporosis Reversal Program I have successfully changed my osteoporosis diagnosis in my hips to osteopenia (improving from a -3.0 in my left hip to -1.5 and -2.7 to -1.3!) at 49 years of age. That’s a 50% increase in the left and 48% in the right!!

I started your program of diet and exercise last September and achieved these great results in just 9 months! Now, I eat a great deal more fruits and vegetables, cut back on breads and sugars, have done your 10 minute Densercise exercises with other weight bearing exercises three times per week and take the vitamin supplements you recommended.

So glad I followed your program instead of taking my doctor’s advice!”

I became a Fosamax victim in March 2011, when my right femur broke as I walked on a level floor in my home. I lay on the floor for over six hours waiting for someone to come. I was told by the Surgeon it was definitely a stress fracture caused by some medication. Naturally I did not ever take Fosamax again, and finally was led to the “Save Our Bones” program. I have just had a Dexa Scan after one year on the program and I was classified as a marked improvement….some areas as much as 67%. I was so pleased I just felt I should share the good news.”

By examining published scientific studies as well as personal accounts of the relationship between bone health, fracture risk, and specific aspects of diet and exercise, we can see that the video’s assertion that only drugs can effectively prevent fracture is patently false.

The BHOF’s Amgen-funded video is desperate to cover up the truth about osteoporosis drugs. The truth is, they’re not effective, and they’re not safe. In the video, an unidentified narrator claims that, “Osteoporosis medications are effective at preventing fractures and can reduce the risk of future fractures by approximately 50%”

To say that these medications reduce the risk of fractures by 50% is misleading. One study found that women who took Actonel (risedronate) had a 30% relative risk reduction for hip fracture.4 Thirty percent is not “approximately 50%”. The statistic they provide is useless without any accompanying information, making it unverifiable. Which medication are they talking about? In what doses? For what population? This is simply unscientific.

Ironically, long-term use of these drugs has been shown to cause fractures. A study published in March of last year in the journal Scientific Reports found that participants who had been treated with bisphosphonates developed weak bones that were laced with microcracks.5

An even more recent study examined bone from the biopsies of patients who took bisphosphonates. They found that the bone contained unnatural magnesium whitlockite crystals. This is more proof that bisphosphonates disrupt bone remodeling, and ultimately deteriorate bone quality and tensile strength.6

The video touts osteoporosis drugs as highly effective and sufficiently safe, but scientific research shows that assessment to be short-sighted and easily disproved.

Why The Osteoporosis Reversal Program Is Different… And Better

We’ve covered a lot of problems with the BHOF’s video, and for each one, The Save Institute has the solution. Here’s how we do better, point by point.

Respect Instead Of Manipulation – The Save Institute doesn’t talk down to its readers, no matter who they are. We trust the intelligence of the Saver community, and we don’t dumb-down the science that supports our recommendations.

Osteoporosis Is Not A Disease – This is a core tenet of the Osteoporosis Reversal Program, and one that we have written about extensively. The Save Institute recognizes that pathologizing osteoporosis is a way of scaring people and selling drugs, not helping to avoid fracture.

No Fake Experts – When the Program cites a doctor or scientist, it’s clear who they are and why they are worth listening to. The Save Institute doesn’t need to pretend that experts in the field agree with our proposals- our proposals are based upon those experts’ findings and published research.

No Scare Tactics – The idea of breaking a hip, a femur, or a vertebrae is already frightening. Using that anxiety to scare readers into taking a particular action is both cruel and harmful. No one makes clear-headed decisions when they’ve been whipped up into a panic about their health or their life. The Osteoporosis Reversal Program offers facts and information, clearly and concisely, without resorting to scare tactics.

Legitimate Sources And Verifiable Findings – The Save Institute cites sources for the information we share. You know the facts we publish are real, because you can see where they came from.

The BHOF’s video is one more example of how pharmaceutical companies use non-profit organizations as marketing machines. In sharp contrast to their unsavory tactics, the Osteoporosis Reversal Program doesn’t resort to scare tactics and provides information on how to reverse osteoporosis and osteopenia based on evidence-backed data.

Get It Free Now
39 comments. Leave Yours Now →