New Study: Vitamin D Confirmed To Protect Against Cold And Flu - Save Our Bones 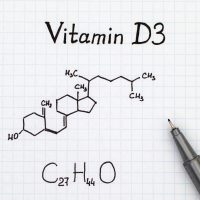 Savers know that Vitamin D is essential for building strong, fracture-resistant bones. But there’s more about Vitamin D that matters a whole lot, as you’ll learn in today’s article. A recently published meta-analysis of 25 randomized controlled trials analyzing the impact of Vitamin D supplementation on acute respiratory tract infection has confirmed that supplementation protects against the flu, colds, and other respiratory tract ailments.

The study uses the vast pool of data it examines to explain why certain past studies seem to suggest that Vitamin D supplementation had no effect. We’ll look at why we can now confidently say this isn’t true, and that Vitamin D offers protective benefits across the board.

This news is extremely relevant now, in the middle of a devastating flu season, and reinforces the Save Institute’s long-standing recommendation for Vitamin D3 (cholecalciferol) supplementation both as a measure for increasing bone density and quality and for the general improvement of your health.

A recently-published study in the BMJ analyzed the methods and results of 25 trials that included 11,321 participants of all ages. To be included in the meta-analysis, the studies had to be randomized, double-blind, placebo-controlled trials of Vitamin D supplementation. Studies of any duration were permitted, but only if they were approved by a research ethics committee, and they collected data on the incidence of acute respiratory tract infection prospectively and prespecified as an efficacy outcome.1

This extremely high bar of inclusion ensures that the studies are of the highest quality. The sheer magnitude of data shields against anomalous outcomes. The results of the analysis are ironclad and plainly stated in the publication: “Vitamin D supplementation reduced the risk of acute respiratory tract infection among all participants.”1

Individual studies included in the analysis did not always reach such a clear conclusion, but the researchers were able to isolate the differences between the trials that created these discrepancies. This information is incredibly valuable, as it isolates the methods of supplementation that are most efficacious.

Protective effects were seen in study participants who took daily and weekly supplements, but not those who only received one or more isolated doses of Vitamin D. This shows that regular supplementation is essential for protecting the respiratory tract.

A Safe And Healthful Alternative To The Flu Vaccine

“Use of vitamin D did not influence risk of serious adverse events of any cause or death due to any cause.”1

You can take vitamin D without concern that you’re poisoning your body or making yourself more susceptible to the virus you’re trying to avoid.

Each year the makers of the flu vaccine take a guess at which strains of the virus will strike, and produce a vaccine for such strains. This means it never covers all of the strains that will emerge, and often misses the ones that wind up being the most widespread, which is what happened this year and several previous years as well. And getting the flu shot comes with the risk of side effectst, many of which are the very flu-symptoms you’re trying to avoid.

Vitamin D has a far more natural and far-reaching effect, protecting your lungs from viral and bacterial infection by supporting the induction of antimicrobial peptides. It accomplishes this without causing side effects or putting your health at risk.

You have a choice between a flu shot that adds acidifying chemicals to your body in a most-often futile attempt to prevent the flu and a safe bone-building vitamin that protects against the flu, colds and other respiratory infections.

That’s an easy choice. Especially given how important Vitamin D is to the health of your bones.

Vitamin D, listed as a Foundation Supplement in the Osteoporosis Reversal Program, is essential for the proper absorption and synthesis of calcium. It stimulates the intestinal uptake of both calcium and magnesium. And without vitamin D, you can’t turn that calcium into the mineral matrix that adds density to your bone. It helps prevent fracture by improving balance and preventing falls. Plus it facilitates bone remodeling by stimulating osteoclast differentiation and calcium reabsorption of bone.

For all of these reasons (and more!), the Save Institute recommends a daily dose of 2000 IUs of vitamin D3. Make sure it’s D3 (cholecalciferol) and not D2. Vitamin D2 (ergocalciferol) does not have the benefits of vitamin D3.

The Osteoporosis Reversal Program has recommended Vitamin D3 supplementation from the get-go. It’s exciting to see that Mainstream Medicine finally recognizes what the Save Institute has long held true. You can learn more about Vitamin D3 and the rest of the Foundation Supplements (including recommended dosages) in the Program.

Keep your immune system primed and your respiratory tract protected with a healthy diet, regular exercise, and daily supplements to make it through cold-and-flu season unscathed.