Positivity And Bone Health: Positive Expectations Have A Proven Impact On Reversing Osteoporosis 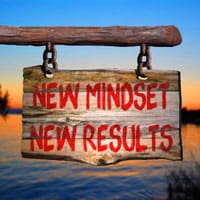 I often write about the interconnectivity of our body systems. For example, how the neurological system impacts the skeletal system and how your liver and kidneys affect your bone health .

But amidst all of these physical systems concerned with the impact of outside stimuli, it’s easy to forget that the body has a control center with the power to change every one of these other parts. I’m talking, of course, about the mind.

We’ve all heard the phrase ‘mind over matter’. If you’ve ever written it off as New Age nonsense, then contemporary science would have you reconsider. There is a great deal of evidence backing-up the very real physical effects that our minds have.

Today we’ll take a look at the power of thought over your body and wellness, examining placebos, nocebos, and the way that a diagnosis can do more harm than good. In particular, we’ll look at how all this relates to your bone health.

Could the ideas and expectations planted by an osteoporosis diagnosis be harming your health for no physically observable reason? Could the fear-mongering of Big Pharma and the Medical Establishment be the source of actual physical harm? The answer is yes, and you’re going to find out how and why in today’s post.

A placebo is any medical treatment that seems to be real, but which in fact is just a dummy. It could be sugar pills, saline injections, or other non-reactive fake drugs.

When a scientist is conducting a study that involves giving participants a drug or other substance to learn about its effect, they typically create a control group who doesn’t receive the drug. That way, they have a baseline against which to compare their data. To create a control group that has an experience as close as possible to the group receiving the drug, a placebo is given to the control group.

Remarkably, in virtually every sort of drug test, some members of the placebo group experience the benefit of the drug they think they’re taking. Even though they’re not receiving the real medication. Likewise, they experience negative side effects (more on this later). This is such a standard result that the effectiveness of drugs is typically measured not by how many people experience the desired result, but by how many more people have that result than got the same result from a placebo.

Sometimes pharmaceutical researchers can’t create drugs that are more effective than sugar pills! So the question is, why are sugar pills effective at curing diseases?

It’s Not The Pills!

The answer of course is that the sugar pills are not creating the change in the health of the participants, it is the belief that they will experience a specific result. By expecting to, for example, have their cold symptoms reduced, have a rash subside, or feel more energetic, they actually receive these benefits.

The mind is responsible for these changes. This should be no wonder, given what we know about the brain. Of course the control center of our body has the power to alter our physical selves. We know the brain releases hormones and neurotransmitters that trigger physical processes and change the way we feel.

These neurological events are not conscious acts in the way that taking a deep breath or tensing a muscle are. We can’t release endorphins in the same way that we can blink an eye. However, we are able to consciously create the conditions under which our brain executes certain functions. We just have to know what those conditions are and how to manifest them.

Sometimes this process is easy to understand: if you love coconut, then cracking open a fresh coconut and digging in is probably a good way to trigger the release of serotonin and other mood improving neurotransmitters. Said a different way, doing things that make you feel good… makes you feel good. But there are other ways to impact your body via your mind that are less tangible.

What you think, expect, or believe creates literal physical changes in your body. This article begins with placebos because they illustrate this truth with clarity, not to mention decades and decades worth of scientific evidence. If you expect to feel happier, there is a strong chance you will feel happier. If you think you’re being cured of a disease, there is a proven probability that this thought alone will lead to improvement.

This is a difficult feat to accomplish on your own. The reason placebos are as effective as they sometimes are, is because those who take them have been benevolently tricked by a trusted authority. In fact, the level of trust the patient has in doctors, and the doctor’s ability to instill trust, are observed factors in the efficacy of a placebo.1

Some doctors actually prescribe placebos and lie to their patients about what they are, because they know the placebo is more likely to work if the patients believe they’re the real thing.1

The power of thought and expectation is demonstrated in a study published in the Journal of Personality and Social Psychology that compared the health and lifespans of subjects to their self-perception of aging. Amazingly, those who had more positive self-perceptions of aging lived, on average, seven and half years longer than those with a less positive outlook.2

The expectation of being healthy and high-functioning into old age helped those people to meet that expectation and live longer, fuller lives. Setting positive expectations for yourself, and regularly thinking about or imagining those results can help you achieve those goals.

This is what people mean when they talk about the power of positive thought. But there’s also a dark side to the power of suggestion and expectation.

If a placebo might trick your brain into creating the positive result you think it should have, it shouldn’t be too surprising that it could also inspire any negative side-effects you think could result. This is sometimes called the “nocebo” effect, and it describes the parallel phenomenon in which the mind causes harm to the body based on a belief or expectation.

It seems our minds are better at carrying out our instructions than we realize. If we think of taking a placebo as asking our minds to rectify an issue in the body, we can think of expecting a negative side effect as asking our body to feel that symptom. People report feeling dizziness, nausea, changes in energy, and all manner of physical effects from placebos.

It’s not so different from the common experience of medical students in which they start to feel the symptoms of the diseases they are learning about. The brain misinterprets the information, obsessively imagined in the course of study, as a sort of instruction! Anxiety about a particular malady might lead you to obsessively think about it, and to question whether you’re feeling its effects, until you actually start to.

If you think it’s a foregone conclusion that you’re going to experience a particular condition, whether it’s back pain or headaches, you might be inadvertently instructing your brain to engineer that result.

A part of this effect has to do with the impact of stress and negativity on your body. High stress levels result in the release of epinephrine and cortisol. These hormones trigger a state of high alert and suppress many normal processes. If you are in a dangerous situation, this response could save your life. But if it becomes chronic, they have a deleterious impact on certain biological functions such as digestion, immune response, and even new bone formation.

This means, ironically, that anxiety about your well-being could actually be harming your health!

Diagnoses Can Make You Sick?

If the authority assumed by doctors makes placebos more likely to work, then imagine how that power translates to creating expectations around diagnoses. Since you’re more likely to suffer from a disease if you believe you’re going to have it, then having a trusted doctor tell you you’ll suffer basically insures it will happen. This isn’t the doctor’s intention of course, but it’s a byproduct of the focus of the Medical Establishment on sickness, instead of on health.

This is particularly a problem with osteoporosis and osteopenia diagnoses. First off, we must be clear that neither is a disease, as explained in the Osteoporosis Reversal Program.

Additionally, there are many issues with the way that bone density is tested (DXA scans), and thankfully, more scientists are recognizing that the amount of bone you have isn’t as important as the quality of the bone. It’s relevant to note her that the prevalence of osteoporosis in the past few decades has coincided with the development of expensive (and ineffective) drugs to bulk up bones. This is no coincidence.

The designation of what constitutes osteoporosis, the very existence of osteopenia, and the proliferation of drugs to ‘treat’ osteoporosis are clearly the work of Big Pharma.

The Negative Effects Of Fear

These diagnoses are also used to frighten patients into taking action. More specifically and almost universally within the halls of the Medical Establishment, these diagnoses more often than not scare people into buying osteoporosis drugs.

As you’ve learned today, the anxiety, fear, and negative expectations created by such a diagnosis from a trusted authority can actually create additional problems. Living in continual fear raises your stress levels, doing harm to your body’s ability to heal itself. This includes bone health, meaning that if your bone quality is not optimal, being scared and stressed will only do more damage.

Expect Better And Be Healthy

Focusing on your capacity for growth and positive change is far more productive. Understanding how your body builds bone can reduce the harmful effects of stress and fear and help you to harness the power of positive thought and expectation. This is one of the many benefits of the Osteoporosis Reversal Program.

The Program reveals how you can become the younger, healthier version of yourself, and embrace those positive changes in your life. Look forward to the way you want to live and see yourself enjoying that life as you work toward your goal. The Osteoporosis Reversal Program can show you how to get there: