Study Confirms Link Between Anxiety And Fractures - Save Our Bones 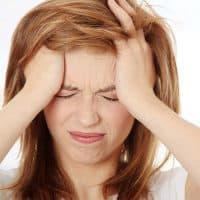 A study published in the scientific journal Menopause examined the association of anxiety levels with bone mineral density (BMD) among postmenopausal women. Today we'll examine its results, and analyze the implications for Savers.

Mental health and physical wellness are closely linked, so it's no surprise that anxiety and bone health are linked. This study provides specific data that describes just how closely the two are associated.

The study included 192 postmenopausal women who were divided to three groups according to their anxiety levels. Eighty-seven women were classified in the lowest anxiety group, 48 in the middle group, and 57 in the highest-anxiety group.1

Anxiety levels were assessed using a standard anxiety assessment tool called the Hamilton Anxiety Rating Scale. The participants were also evaluated for fracture risk using the FRAX assessment tool, history of fracture, and their bone mineral density was tested at the lumbar spine and femoral neck.

Then these data were cross-examined to identify relationships between past fracture, fracture risk, BMD, and anxiety levels.

A study examined the anxiety levels and bone health of 192 post-menopausal women. The study isolated three tiers of anxiety-level, an assessment of fracture risk, medical history, and bone mineral density at the lumbar spine and femoral neck.

The Results Of The Study

The study results were clear, and the authors included them right in the title, “Anxiety Is Associated with Fracture Risk In Postmenopausal Women.”

That finding is clearly articulated in the conclusion of the study as follows:

“This study demonstrated that anxiety levels in postmenopausal women were significantly associated with BMD in the lumbar spine and femoral neck.”1

How Anxiety Harms Your Bones

While this study didn't examine the physiological mechanism behind the relationship between anxiety and bone health, other research has illuminated how stress and anxiety create chemical changes that alter bone and the bone remodelling process.

The primary culprit in this harmful equation is the hormone cortisol. Also known as the “stress hormone”, cortisol is released by the adrenal glands in stressful situations as a survival mechanism to create heightened awareness, what you may have heard called the “fight or flight” response. While this hormonal boost is useful in a truly dangerous situation, the body may also release this hormone in response to situations that are merely stressful, or as a result generalized anxiety.

Cortisol is acidifying, so if too much is present in your system for too long, your body will respond in the same way it does to an acidifying diet. Once the alkalizing bicarbonate reserves are depleted, it will correct the pH-balance by pulling alkalizing minerals from your bones, decreasing their quality and density. Additionally, cortisol interferes with calcium absorption, so while it causes calcium to be pulled from bones, it also disrupts your ability to replace it.2

Anxiety and stress cause the adrenal glands to release a hormone called cortisol. Because cortisol is acidifying, high levels require the body to re-balance its pH by pulling alkalizing minerals from the bones. Additionally, cortisol interferes with calcium absorption.

Reducing your anxiety levels is part of the fight against osteoporosis. Try to cultivate an inner calm, even when stressful events occur, or when things start to seem out of control, to help your bones remain healthy and strong.

That's why the Save Institute's online platform SaveTrainer includes anti-anxiety classes that guide you in de-stressing practices like meditation. The certified professionals who created the guided video classes are experts who bring their years of experience to help you achieve greater peace and lower anxiety-levels.

As today's study shows, that's another powerful tool for building strong bones and improving your physical and mental well-being!