What's Behind The Sudden Decline In Osteoporosis Ads? - Save Our Bones

What’s Behind The Sudden Decline In Osteoporosis Ads? 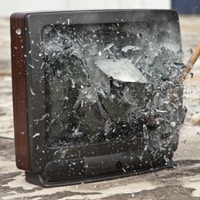 Did you notice that there are no Boniva ads on TV lately? In case you wonder why Sally Field’s career as its spokesperson has been suddenly “grounded”, I have the answer. You see, Boniva’s patent expired in March of this year, so the FDA immediately approved the generic version of the hugely popular osteoporosis drug.1

Now that doctors can prescribe the bisphosphonate ibandronate sodium instead of Boniva, the drug faces competition, so inevitably, sales will drop. In other words, Glaxo Smith Kline (GSK) and Roche no longer have a financial incentive to spend millions of dollars on marketing a drug that has competition. Big Pharma, aided by the monopoly granting agency known as the FDA, likes to give its undivided attention – and allocate huge funds – to…

Boniva’s 2011 ad campaign cost $73 million, and sales came in at $489 million.2 Indeed, the numbers are big! So now GSK is hoping to launch eight major new drugs and vaccines in the next two years.3 Get ready for new TV and print ads, new celebrities recommending the drugs, and maybe even newly invented “diseases” to fit new “miracle drugs”.

Now that the generic version of Boniva has entered the market, chances are that ibandronate sodium will reach an even larger audience. This means that yet more unsuspecting osteoporosis patients will be …

Risking the Exact Same Side Effects

Like all bisphosphonates, ibandronate sodium has a long list of side effects, including the dreaded osteonecrosis of the jaw. Judging by Boniva’s ad campaign, you’d never think that so many life-changing side effects are linked to this drug.

That’s why I wrote a Boniva ad that tells the truth. If you haven’t yet, I urge you to watch it. And for a good laugh about this serious topic, watch this short Saturday Night Live skit about Boniva.

As the saying goes, most jokes state a bitter truth…