Top 5 Questions About Calcium - Save Our Bones 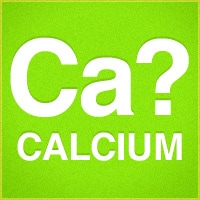 Did you know that calcium is the most abundant mineral in the body?

Today, as a follow up to my last article about calcium, I’ll answer the top five questions about this essential mineral.

1. What’s the difference between organic and inorganic calcium?

It has to do with what could be called the Circle of Life. Here’s how it works. The earth’s crust contains calcium, found in rocks such as granite and limestone. The inorganic calcium and other minerals are absorbed by plants, converting the inorganic minerals into organic elements that the body can utilize.

There’s a good reason why Popeye ate spinach and not nails! He couldn’t have digested and absorbed any of the iron found in nails. We can’t reap the benefits of calcium from rocks because the cells don’t recognize it as a viable life-giving element. This explains the health problems caused by taking inorganic calcium supplements and why you don’t need to worry about that if you take an organic calcium supplement, such as TrueOsteo.

2. How much calcium do I need to take?

The answer is: it depends. Because not all types of calcium are utilized by the body equally. In other words, it has to do with bioavailability. So if you take a highly bioavailable calcium, you can take less than if you take for example, calcium carbonate, which is inorganic. You’re always better off erring on the low side, especially if you take inorganic calcium.

For example, TrueOsteo, you'll take four capsules a day (two capsules with one meal, then two capsules with another meal) and get 790 mg of calcium a day. This is an ideal calcium dosage. It’s also a great idea to eat calcium-rich Foundation Foods, such as cabbage, broccoli, and lima beans – to name a few.

3. Are coral calcium and calcium in eggshells organic?

Since coral is a living organism, it would be logical to assume that the calcium found in coral is also organic. However, it’s not. As is the case with egg shells (and all mollusks), both are made of inorganic calcium carbonate. You’re better off taking an organic calcium supplement.

Chelation is a process by which the mineral molecule – in this case calcium – is bound to an amino-acid, so the digestive system recognizes it as food. Calcium aspartate, calcium citrate malate and calcium gluconate are examples of amino- acid chelated calcium typically found in supplements. They are a good second choice, following organic calcium, such as the kind found in TrueOsteo, as the first choice.

5. Can I get all the calcium I need from foods?

It’s a great idea to get extra calcium from foods, but it’s very difficult to get to the desirable calcium levels without using supplements as a baseline. What’s so good about getting calcium from foods is that they also typically contain other valuable nutrients.

For example almonds, one of the Foundation Foods listed in the Osteoporosis Reversal Program, are an excellent source of several Foundation Supplements, including calcium, magnesium, zinc, boron, copper and silicon. In other words, most foods don’t contain one mineral or vitamin in isolation.

Likewise, the best way to take calcium is together with other bone-healthy nutrients, such as Magnesium, Vitamin D3, Vitamin K2, Vitamin C, all of which are present in TrueOsteo.

And use the coupon code: SAVEOURBONES at checkout to save 20% off your order!