Why The Medical Establishment Keeps Ignoring The Real Cause Of Osteoporosis. (Plus 4 Mainstream Studies That Confirm They’re Dead Wrong!) - Save Our Bones

Why The Medical Establishment Keeps Ignoring The Real Cause Of Osteoporosis. (Plus 4 Mainstream Studies That Confirm They’re Dead Wrong!) 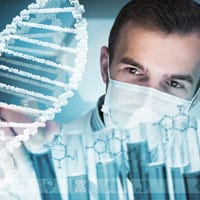 As Savers know, osteoporosis is not a disease. It’s the result of chronic acidosis in the body that depletes buffering reserves, forcing the calcium in bones to be utilized to alkalize the plasma pH. The ‘modern’ diet, loaded with acidifying and inflammatory foods and toxins, are the typical culprits.

Unfortunately, this simple truth is lost on a health system that’s driven by pharmaceutical ‘solutions’ instead of dietary and lifestyle changes. Yet the correct information has been available for decades; it’s simply been ignored (and continues to be ignored) by the Medical Establishment which is influenced by Big Pharma to push synthetic drugs that at best, cover up symptoms.

Not surprisingly, these drugs lead to a biochemical imbalance, often far worse than the condition it’s attempting to ‘treat’.

Today, I’m thrilled to bring you no less than four studies published in mainstream journals that confirm this fact: an acid pH causes bone loss and leads to osteoporosis and osteopenia.

These Studies Have Been Blatantly Ignored By The Medical Establishment

As mentioned above, these studies have been published in mainstream scientific journals, some of them over 25 years ago. So why have they been ‘buried’ for so long? We’re going to answer this question in more detail in a moment, but first I’d like to share and explain the data.

In 1996, researchers set out to “investigate whether systemic acid-base equilibrium changes with aging in normal adult humans.”1 In their analysis, which was published in The Journals of Gerontology, the scientists analyzed previously-published articles that reported the acid/base content of blood in the arteries, veins, and capillaries of healthy subjects whose ages were noted in the studies.

They then determined the participants’ blood concentration of hydrogen ions (H+), bicarbonate (HCO-3), and carbon dioxide (PCO2). Bicarbonate neutralizes the acid and both hydrogen and carbon dioxide are acidifying elements. Their ages ranged from 20 to 100 years, so the researchers constructed a linear regression analysis from the data. They found that increasing age was associated with a reduction in plasma HCO-3 and PCO2, and with an increase in H+. According to the study authors, this is “indicative of a progressively worsening low-level metabolic acidosis.”1

Because the data showed that metabolic acid levels increase with age, the researchers extrapolated that acidosis may in fact play a role in “diseases” associated with aging.1

It also plays a role in degeneration of bone, and it is reversible with an alkalizing diet, as the next study shows.

The Agricultural Research Service (ARS) released several studies indicating that consuming large amounts of calcium may not be the “magic bullet” in reversing bone loss. So researchers set out to find what would protect bone and reverse that.

As explained in the Osteoporosis Reversal Program, the scientists noted that fruits and vegetables are metabolized to bicarbonate, which is the biochemical essence of an alkalizing effect. Most people in the U.S.A, however, consume the complete opposite diet, which prompted the study authors to note the following:

“…the typical American diet is rich in protein and cereal grains that are metabolized to acid, and thus are acid-producing. With aging, such diets lead to a mild but slowly increasing metabolic ‘acidosis.’”2

They arrived at this and other conclusions by conducting a placebo-controlled study of 78 healthy volunteers over the age of sixty. The volunteers were divided into two groups: one group was given potassium bicarbonate and the other sodium bicarbonate in addition to their regular diet and activity level. The amount of potassium or sodium bicarbonate coincided with what would normally be found in about nine servings of fruits and vegetables daily.

The two groups were evaluated for specific biomarkers that indicate bone loss and fracture, and the results compared to a control group of 84 people who were of comparable age and activity level. In addition, to reduce variation in outcome, the researchers tightly controlled key bone mineral nutrients in the bicarbonate groups.

The bicarbonate-consuming group had significantly fewer of the telltale biomarkers than the control group, leading researchers to conclude that increasing consumption of alkalizing foods “merits further study as a safe and low-cost approach to improving skeletal health in older men and women.”2

But if you’re following the Osteoporosis Reversal Program, you already know this, because the Program is based on other studies that confirm this, but have been ignored by the Medical Establishment.

Published in The Journal of Endocrinology and Metabolism in 2008, this double-blind, placebo-controlled trial involved 171 men and women aged 50 or older who were given either a placebo or 67.6 millimoles (1/1000th of a mole) of potassium bicarbonate, sodium bicarbonate, or potassium chloride for three months. They all took 600mg of calcium triphosphate and 525IU of Vitamin D3 daily.

“Bicarbonate, but not potassium, had a favorable effect on bone resorption and calcium excretion. This suggests that increasing the alkali content of the diet may attenuate bone loss in healthy older adults.”3

Remember that fruits and vegetables are metabolized to bicarbonate following consumption, so they have a direct alkalizing effect on the body’s pH.

Elaborating on the findings, the study goes on to state that:

In contrast, acidogenic diets, which are high in protein and other acidifying foods, have the opposite effect, inducing calciuria (high urinary calcium) that can be reduced upon ingestion of alkaline potassium salts.4 This sheds light on the impact of potassium on calcium balance due to potassium’s ability to reduce calcium excretion.5

Additionally, high potassium intakes via diets rich in fruits and vegetables are associated with increased bone density in the femoral neck and lower biochemical markers of bone turnover in adult women.6

This is precisely the same clinical nutrition, bone-building strategy of the Osteoporosis Reversal Program, and it’s in direct opposition to the mainstream belief that animal protein and dairy (especially milk) are the primary bone builders. In fact, as the next study shows, diets that emphasize animal protein are associated with kidney stone formation and calcium excretion.

Different types of dietary protein have various effects on health, including bone health. Scientists investigated this concept in a 1988 study, in which participants were evaluated for three separate dietary sessions lasting 12 days each. During one session, they consumed vegetable protein; during the second, vegetable and egg protein; and during the third, animal protein.

Interestingly, the diets were congruent with respect to potassium, sodium, calcium, magnesium, and phosphorous as well as protein quantity. But the dietary sessions had progressively higher acid content.

“The inability to compensate for the animal protein-induced calciuric response may be a risk factor for the development of osteoporosis.”7

And that’s not all. In study subjects on the animal protein diet, the researches found that “oxalate excretion was lower than during the vegetarian diet,”7 and the risk for uric acid stones increased.7

Protein Is Not Forbidden On The Osteoporosis Reversal Program

Please don’t construe that all protein is bad, or that animal protein is off-limits while you’re on the Program. In fact, animal protein contains an amino acid called methionine, that when consumed in moderation, actually helps build bone; but in excess, it can cause bone loss. So healthful meats (such as free-range chicken or grassfed beef) are intended to be consumed as a balanced part of a meal, which means it should not make up the bulk of it.

This is what the Osteoporosis Reversal Program has been advocating all along. As these studies show (and they’re only a small sample of many studies that prove the same!) , solid research on this has been published for decades – notice how some of the studies go back to the 1980s. Yet few (if any) doctors will ever mention any of this information, much less recommend an osteoporosis treatment based on it.

Why not, you might ask? The answer is as simple as the concept of proper nutrition for your bones: in Medical School, doctors are taught to prescribe drugs for ailments, and this is further reinforced by Big Pharma. You see, only patentable drugs can enter the prescription drug market, and foods can’t be patented. Sadly, Big Pharma is clearly succeeding at this. Throughout the decades, the Medical Establishment has shown a clear preference to select research that allows them to increase the number of prescription drugs.

The Osteoporosis Reversal Program Brings You The Truth About Osteoporosis And The Most Effective, Safest Way To Reverse It

In contrast to the Establishment, at the Save Institute we’re committed to bringing you information that empowers you to make your own bone health decisions. You can be confident in the fact that the Osteoporosis Reversal Program is evidence-backed with solid, time-tested data extracted from more than 200 scientific studies published in mainstream journals. This flies in the face of the pharmaceutical model that dominates the medical landscape, where drugs are prescribed to cover up symptoms and not tackling the root cause. To make matters worse, the Establishment seems to turn a blind eye to the often dangerous side effects caused by the drugs.

Instead, the Osteoporosis Reversal Program reveals and explains the true cause of osteoporosis, as further confirmed by the above studies, and offers a natural, effective protocol to treat osteoporosis and osteopenia without the harmful drugs.

In short, with the Osteoporosis Reversal Program, the benefits are scientifically proven and far-reaching.