Fluoride, Bone Health, And How To Detox From It - Save Our Bones

Fluoride, Bone Health, And How To Detox From It 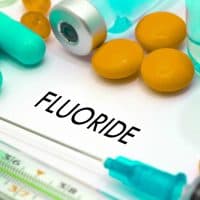 Fluoride is all around us: in tap water, toothpaste, cookware, and pesticides. Many people don't realize just how much fluoride we are exposed to every day, and even fewer are aware of its negative impact on our health, including our bone health.

Today you'll learn about fluoride, its sources, what it does to our bodies and our bones, and how to detox from it.

Fluoride is a naturally occurring mineral. It was first used as a treatment for preventing tooth decay in the early 20th century. A biochemist named Gerald J. Cox, while working for the Aluminum Company of America, confirmed the effect of fluoride on teeth.

The chemical companies that funded Cox's research were looking for ways to get rid of the fluoride that was a byproduct at their chemical plants, and Cox found it: fluoridating the water supply to reduce tooth decay in the general population.

He made the discovery after reports from a series of towns that their citizens' teeth were turning brown. The same phenomenon occurred in other places around the world, and sure enough, testing revealed that each location had a large amount of fluoride in the water.

Nobody wanted brown, mottled teeth, but researchers also observed that the people in those towns had remarkably low levels of cavities and tooth decay. The research by Cox established that a smaller quantity of fluoride, around one ppm (parts per million), didn't cause discoloration but still prevented tooth decay.

As a result, many municipalities around the world add fluoride to their drinking water. You can search your local district online, to find out whether your tap water contains fluoride.

Fluoride becomes a part of your teeth through a process called remineralization, which is how it prevents decay. That's not the only place that fluoride accumulates in the body, though. It also remains in the bones and the brain, especially in the pineal gland, which helps to regulate sleep by producing melatonin. About half of the ingested fluoride is expelled in urine, and the rest stays in the body.1

Fluoride is not only ingested via tap water. Here are some other sources:

Fluoride, a naturally occurring mineral, was identified in the early 20th century for its ability to prevent tooth decay. It was subsequently added to the municipal water supply of most cities in the US and many others around the world.

The Effect Of Fluoride On Bone

Fluoride's effect on bone is a source of confusion for health professionals. That's because fluoride has a complex relationship with bone formation that, on the surface, may seem beneficial (much like osteoporosis drugs) but actually results in weaker bones.

Fluoride impacts the function of osteoblasts (the cells that create new bone) and osteoclasts (the cells that remove old bone). Fluoride exposure results in increased bone mass, but the exact mechanism by which this happens is still unknown. Researchers can observe the effect though, and bone formed with fluoride lacks the structure and strength of normal bone. Here's a quote from a 2011 study published in the Journal of Dental Research:

An excess of fluoride causes dental fluorosis, a cosmetic condition that causes mottled teeth. But it can also cause skeletal fluorosis, in which fluoride progressively accumulates in bone over the years. Symptoms include stiffness and pain in the joints, and in severe cases, ligament calcification, impairment of muscles, and pain.1

Most fluorosis is caused by chronic moderate level exposure, such as water concentrations above 1.5 mg/liter. 1

Fluoride stimulates new bone formation, but the resulting bone is weak and of low quality, causing an increase in fracture risk. Chronic exposure to moderate to high levels of fluoride can cause skeletal fluorosis, which causes stiffness and pain in joints and ligaments.

Several studies have found that excessive accumulation of or exposure to fluoride causes severe health problems. While the amount of fluoride required to trigger these health problems is greater than the standard drinking water fluoridation recommended by the World Health Organization (about 1 part per million), it’s relevant to remember that fluoride accumulates in the body.1,2,3

The following excerpt is from a 2018 article published in The Indian Journal of Occupational and Environmental Medicine. Many water sources in India naturally contain more fluoride than is added to drinking water in the United States or Western European countries, making fluoride toxicity a pressing issue there:2

“Fluoride is an acute toxin with a rating slightly higher than lead. It is, in fact, one of the most bone-seeking elements known to human beings. Excess fluoride causes several diseases, such as osteoporosis, arthritis, brittle bones, cancer, infertility in women, brain damage, Alzheimer's disease, and thyroid disorders. A worrying scenario is daily ingestion of just 2 mg of fluoride could result in crippling skeletal fluorosis after 40 years. Most of the people affected by high fluoride concentration in groundwater live in tropical countries where the per capita consumption of water is more because of the prevailing climate.”2

Acute, chronic exposure to high levels of fluoride can cause many health conditions, including osteoporosis, cancer, brain damage, and thyroid disorders.

You can easily reduce your fluoride intake and detox fluoride from your system. Here are some simple suggestions to protect your bones and your overall health:

20% OFF Coupon For TrueCurcumin™ — The Premium Curcumin Suplement

Today's the day to replace your Teflon cookware with stainless steel and switch to a fluoride-free toothpaste. If you live somewhere with fluoridated tap water, don't drink it. Instead, drink distilled water with a few drops of highly alkalizing lemon juice.

The Save Institute recommends removing all fluoride from your diet and lifestyle. Detoxing fluoride and changing your lifestyle to reduce as much as possible fluoride exposure is an excellent example of how your daily choices can support strong and healthy bones.