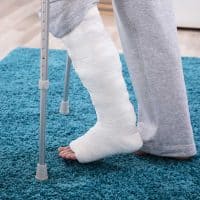 A recently published study has announced the discovery of a new type of bone cell. This groundbreaking research identified a previously unknown type of cell named osteomorphs.

This revelation provides new information about the bone remodeling process and how it interacts with genes that regulate bone growth and quality. It also explains the pernicious side effects of the osteoporosis drug Prolia (denosumab).

Today you'll learn all about osteomorphs and what they elucidate about Prolia's side effects and building strong and healthy bones.

Osteomorphs are created when osteoclasts have completed their life's work: breaking down old or damaged bone. Previously, scientists thought that when an osteoclast was finished with its task, it was destroyed through the natural cellular process of apoptosis. However, new research has discovered that there is a second possibility for old osteoclasts.

Researchers at the Garvan Institute of Medical Research and the University of New South Wales devised an entirely new technique for observing bone cells within living tissue. This new intravital imaging technique allowed them to watch as some osteoclasts broke down into smaller component cells, now known as osteomorphs.1

These cells have the ability to separate and travel to different locations through bone marrow or blood, and then to recombine to form new osteoclasts. The researchers have named this process osteoclast recycling.

We know that osteomorphs are distinct cells from osteoclasts because of the way they activate genes. Our genes contain specific instructions that our body carries out, but they aren't always activated. The researchers used a cutting-edge single-cell RNA sequencing technology to observe which genes osteomorphs switch on.

Osteomorphs activate several genes that osteoclasts don't affect. That means that osteomorphs are distinct cells that play a previously unknown role in the bone remodeling cycle.1

Osteoclast recycling vastly widens our understanding of where osteoclasts come from and what their life cycle is.

Osteoclasts begin their lifecycle through the fusion of monocyte and macrophage precursors. Both monocytes and macrophages are types of white blood cells. Compounds that might have become these cells sometimes become osteoclasts. That happens based on instructions from the signaling system that regulates osteoclast biology and bone resorption. The signaling system is called RANKL (receptor activator of nuclear factor kappa-B ligand).

When osteoclasts' work is done, some of them undergo a process of fission that breaks them down into osteomorphs. Then those osteomorphs can recombine into osteoclasts when the RANKL system signals the need for bone resorption. Clearly, the osteoclast lifecycle is much longer and more complex than previously thought.

Osteoclasts are created from white blood cell precursors. That process is regulated by a signaling system called RANKL. When osteoclasts have completed their bone resorption, some of them break down into osteomorphs. RANKL also regulates the recombination of osteomorphs into new osteoclasts.

Osteomorphs Likely Cause The Increased Risk Of Fractures After Stopping Prolia

This discovery may explain why the osteoporosis drug Prolia (denosumab) can cause bones to weaken and fracture when treatment ends.

Prolia inhibits RANKL, the signaling system that regulates osteoclasts. Until now, we didn't know that RANKL also mediates the recombination of osteomorphs back into osteoclasts.

The researchers postulated that denosumab's RANKL-inhibiting action results in a stockpiling of osteomorphs. Then, when treatment ceases and RANKL is no longer inhibited, all those stored up osteomorphs start rapidly recombining into osteoclasts. This sudden and unnatural rush of osteoclasts resorbs bone at a dangerous rate, resulting in rapid bone loss, frailty, and a higher risk of fracture.1

You might think that this revelation would give the Medical Establishment pause. Suddenly they can see how osteoporosis drugs are meddling with a complex system that is easily thrown off balance by artificial intervention. Unfortunately, they don't see it that way.

Instead, this research is heralded as a direction for developing new drugs. We will keep an eye on how osteomorphs and their role in bone health will be exploited by Big Pharma.

Prolia (denosumab) works by inhibiting RANKL, the signalizing system that regulates osteoclasts. Researchers suggest that osteomorphs build up during treatment with Prolia, and when treatment ends, the return of RANKL triggers a rush of new osteoclasts that weaken bone, leading to an increased risk of fracture. This knowledge, ironically, will likely be used to develop new osteoporosis drugs.

Instead of using this groundbreaking discovery to fuel Big Pharma's drug production, scientists ought to have observed that the delicate balance of our body responds better to support and care than to chemical tampering.

Until this year, we didn't know exactly why Prolia's intended effect (RANKL inhibition) was causing bone loss, fractures, and suffering when treatment ends — although we could clearly observe that it was. But we did know about the healthy behaviors that are proven to increase bone strength and health. The Osteoporosis Reversal Program was created using those decades of research. New discoveries only reinforce the Program's dependable structure.

Through a pH-balanced diet, regular exercise, and a healthy lifestyle, you can support the natural processes that build strong bones. The more of that complex process we come to understand, the clearer it becomes that a holistic approach to bone health is the best approach.