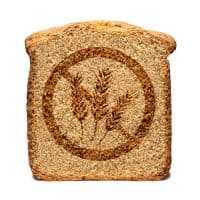 The cooler temperatures of fall often evoke a desire for a hot beverage and a hearty snack. There are very few things more comforting on a chilly day than a warm piece of bread.

Bread has long been a staple of the human diet. In fact, some historians estimate that people began making bread over 30,000 years ago. A rich and inexpensive source of carbohydrates, this portable food spans all cultures and countries.

Despite its deep-rooted history, bread has gotten a lot of negative attention in recent years, mainly because grains contain gluten, a family of proteins that can wreak havoc on the health of those who are sensitive or intolerant to it. Further, industrialization has dramatically changed the way we process grains, and especially wheat. Once a nourishing grain, wheat has become stripped of nutrients and is genetically modified.

Savers know that at the Save Institute we don’t believe in deprivation. So today we bring you three bone-healthy bread recipes made with coconut flour. An excellent alternative to store-bought bread, these alkalizing, grain-free loaves are as nutritious as they are delicious!

The short answer is yes. In most cases, commercially prepared bread contains unhealthy ingredients. There are a few exceptions to this rule, but they are few and far between.

Also, conventional breads are made with grains that can be difficult for some people to digest because of their gluten content. Gluten is a protein made up of the peptides gliadin and glutenin. Gliadin has a large amount of amino acids, such as proline and glutamine, that can challenge the digestive process and lead to inflammation.1

To further muddy the waters, we are no longer eating the bread that our grandparents ate. In an effort to grow wheat faster and more resistant to bugs and drought, wheat has been genetically modified. In fact, it’s estimated that up to five percent of proteins found in wheat are new proteins that were not in the original wheat plants.2 This hybridization also contributes to increased inflammation in the body.

Industrialization has changed the way that grains are processed. In the late 19th century, the invention of roller mills forever altered wheat. Milling strips away the bran and the germ part of the grain, leaving only the endosperm. As a result, most grain today has been stripped of many of nutritional qualities, such as vitamin B, vitamin E, and nearly all of its fiber. The food industry compensated for this by fortifying the food with nutrients, but the original nutritional value was lost forever. Additionally, certain healthy components, such as phytochemicals cannot be added back in.

If this is not enough to cause you to stop eating store-bought bread, just take a quick look at the ingredient list on the back of the package. A standard bread should only require few, natural ingredients. However, most breads at the grocery store have a lot of ingredients, with additives such as high fructose corn syrup, artificial flavorings and coloring, and chemical dough conditions such as azodicarbonamide, a chemical also found in rubber products. And more often than not, flour is typically treated with several different chemicals before it ends up on store shelves – including chemical bleach!

Is Bread Good Or Bad For My Bones?

Grains are one of the few plant foods that generate acidic by-products. They contain sulfur compounds, which break down into compounds like sulfuric acid. This process leads to an increase in the body’s overall acidity3, and as a result, calcium is pulled out of bones to maintain an alkaline pH. The net effect is decreased bone mineralization and brittle bones, unless grains are consumed in proper balance with alkalizing foods.

Additionally, your intestines are lined with small hair-like structures called microvilli, whose job it is to absorb micronutrients such as calcium and magnesium from the food that passes through. Over time, excessive consumption of gluten can break down the microvilli in your gut. When these microvilli become damaged, they are unable to absorb these vital nutrients required by your bones to renew themselves. Several studies have demonstrated this relationship between low bone mineral density and intestinal malabsorption.4 So moderation is key when it comes to eating gluten-containing grains.

How To Enjoy Bread Without Harming Your Bones

Fortunately, there are healthy and delicious ways to get your bread fix. Savers know that sprouted bread is a great option, as the sprouting process breaks down the proteins making them easier to digest, and also alkalizes the grains. Sprouted bread uses the whole grain, and although it still contains small amounts of gluten, the nutritional content is much higher. Also, when used in moderation and consumed in balance with alkalizing foods, whole wheat flour (preferably organic) is another option, unless you are gluten intolerant or sensitive, of course. And last but not least, spelt bread is alkalizing and contains moderate amounts of gluten.

Yet another bone-smart alternative is using coconut flour, which is rich in protein, fiber, and fatty acids, and 100% gluten-free. Its texture makes it perfect for baking hearty, nutritionally dense bread, such as the recipes listed below.

Preparation And Moderation Are Key To Building Your Bones

One of the keys to nutritional success when you follow the Osteoporosis Reversal Program lies in preparation and moderation. The recipes presented above can all be made ahead of time and stored in your refrigerator or even frozen. They can be pulled out with little notice when a friend is visiting or when you are attending an event where less nutritious food will be available.

Our companion cookbook to the Osteoporosis Reversal Program, Bone Appétit contains bone-healthy breakfast, lunch, dinner and dessert recipes that can be prepared and enjoyed later. Strawberry Muffins, Exotic Quinoa, Zesty Zucchini Sticks, Mambo-Jambo Salad, “Fool Me Twice” Burgers, and many more are a few examples of such dishes. Bone Appétit provides you with the tools you need to ensure that building healthy bones never means you are missing out.