Glutathione Cofactors: How They Protect Your Bones And How To Get Them - Save Our Bones

Glutathione Cofactors: How They Protect Your Bones And How To Get Them 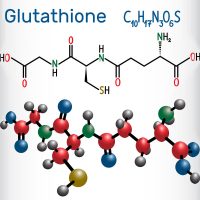 Savers know about the power of antioxidants to protect their bones from free radicals, but one stands above the rest: glutathione. Known as the Master Antioxidant, this compound not only shields bones from oxygen-stealing free radicals but also supports the health of the liver, helping you to retain bone density.

Today we’ll take an in-depth look at 11 cofactors of glutathione, which are the micronutrients essential for the processes that create and activate glutathione. We’ll review what they are, and how they work. By providing your body with these 11 key compounds, you can unlock the potential of glutathione and protect your bones and your body from oxidative damage.

Glutathione is a small but mighty molecule found in every cell of the human body. It’s so important, that your body produces it internally, although you can get more from the food you eat.

Its primary purpose is to neutralize free radicals by offering them an oxygen molecule, thereby protecting cells from damage. Glutathione keeps cells healthy and functioning all over the body, but its impact is particularly significant in the immune system, where it helps your body ward off disease, and in the liver, where it helps remove toxins, including drugs and pollutants.1

Many studies have shown that severely ill people have low glutathione levels, whether their conditions are cancer, AIDS, liver disease, or a chronic condition.2 People of advanced ages have been shown to have high glutathione levels, suggesting it helps to live longer lives. 3,4

For glutathione to have these desirable effects, it needs certain molecular helpers, called cofactors, that facilitate its function. They are:

These vitamins, minerals and antioxidants play a number of roles:

Without these 11 cofactors, glutathione would not be as plentiful, as active, or as efficacious. As seen in people with low glutathione levels, this results in cell damage, disease, and bone loss.5

You may have noticed when you read the list of the cofactors above that all but one (alpha lipoic acid), are Foundation Supplements. Let’s look at the specific function of each cofactor, their health benefits, and at the foods that contain the highest levels.

In each of the lists below, Foundation Foods are marked with an asterisk*.

Vitamin B1 (thiamine) maintains glutathione and its enzymes in their active form, helping to ensure your cells have the compound available as protection, reducing oxidative stress.6 It also promotes the normal function of the nervous system and supports the metabolism of carbohydrates.

Vitamin B2 (riboflavin) has the same impact on glutathione and its enzymes as Vitamin B1, and it additionally participates directly in the formation of a glutathione molecule. 7

This B vitamin helps the body use energy from food. A deficiency in Vitamin B2 can result in a sore throat, hypersensitivity to light, or migraine headaches. Riboflavin supports the formation of collagen, which is an important part of the bone matrix.

Foods rich in Vitamin B2 include:

This vitamin, essential for proper protein metabolism and a healthy nervous system, increases the amount of magnesium that can enter cells. This allows magnesium to play its cofactor role in the creation of glutathione, as described later in this article.

Vitamin B6 works with the other B vitamins to build bone and promote healthy mental function. Elevated levels of homocysteine, an amino acid that inflicts damage to the inner arterial lining and contributes to many diseases, including Parkinson’s, can be lowered through supplementation with Vitamins B6, B12 and B9.8

Food sources of B6 include:

Vitamin B9 (folate or folic acid) directs the amino acid cysteine towards the production of glutathione instead, simultaneously increasing glutathione and keeping levels of the inflammatory compound homocysteine in check. Folic acid also works with Vitamin B12 to metabolize amino acids and synthesize protein. It is also vital for red blood cell formation, DNA synthesis, and cellular reproduction.

Vitamin B12 is particularly important for bone health. Deficiency can result in low bone density particularly of the hip.9 In a study conducted in 1992, 15% of adults over the age of 65 were Vitamin B12 deficient.10 This means that those adults are not experiencing the increase in glutathione levels, and the corresponding decrease in homocysteine levels that this vitamin orchestrates.8

Vitamin B12 is mostly found in animal protein, meaning that Savers should be especially sure to get this vitamin in a supplement form, since a pH-balanced diet prioritizes plant-based foods. The foods listed below will help you boost your B12 levels:

A zinc deficiency causes glutathione levels to drop, especially in red blood cells.11 This Foundation Supplement is involved in nearly every tissue and many parts of cellular metabolism. Zinc activates the T cells of the immune system, helping us to fend off infectious intruders, preventing many common illnesses. 12

It’s also essential for protein and DNA synthesis and promotes normal cognitive function in the cerebral cortex, hippocampus and pineal gland. Importantly for savers, Zinc stimulates osteoblastic bone formation and mineralization, while suppressing the activity of bone resorption by osteoclasts.13

This mineral is often associated with meat because animal protein is a rich source. A single serving of beef contains nearly all of the recommended daily allowance. However, zinc, like other nutrients found in meat, can also be found in plant-based foods.

Magnesium is a mineral that clinical studies have linked to intracellular glutathione levels. This is due to its role in ATP production, which fuels glutathione synthesis (along with every other action in the body!)14 ATP transports energy between cells and powers every motion your body makes, facilitating muscle contraction.

Magnesium is involved in more 300 enzymatic processes throughout the body, where it ranks as the fourth most abundant mineral. It is responsible for balancing two hormones (calcitonin and PTH) that stimulate calcium absorption and resorption. In fact, 60 percent of your body’s magnesium is stored in bone, and magnesium supplementation has been shown to increase bone density.15

The mineral selenium accelerates the antioxidizing action of glutathione. It accomplishes this as a component of the enzyme glutathione peroxidase (GPx). 16 Its benefits as an antioxidant enzyme is the subject of ongoing study, and include promoting liver health, antihistamine action, and asthma relief. 17

Vitamin E supports glutathione on multiple fronts, bolstering its antioxidant action, protecting glutathione enzymes, and recycling Vitamin C and alpha lipoic acid back to their active states. 18 It further bolsters bone health by working directly on the membranes of muscle cells to speed and enhance healing. This allows you to maintain and build muscle strength and integrity, which is essential for the building of new bone, as described by Wolff’s Law.

Vitamin C (ascorbic acid) is one of the most well- known antioxidant vitamins, and it supports glutathione by neutralizing free radicals, also known as reactive oxygen species (ROS). It also raises glutathione levels in the short term, creating a beneficial cycle in which glutathione recycles Vitamin C back to its active state.19

All of these Vitamin C sources are Foundation Foods:

Alpha lipoic acid (ALA) is an endogenous antioxidant (produced in the body), that stimulates enzymes involved in the synthesis of glutathione, as well as increasing cellular uptake of cysteine. Cysteine is a critical building block of glutathione. Alpha lipoic acid also recycles Vitamins C and E, returning them to the bioactive form in which they can provide antioxidative support. It is also synergistic with B vitamins. Plus ALA protects against cognitive decline and memory loss20 , preserves eye health,21 and is effective as a natural diabetes treatment.22

ALA already helps protect your bones by supporting glutathione, but it also works independently to strengthen bones by reducing osteoclast formation (thus slowing bone resorption) and by reducing inflammation that leads to bone loss.23

While ALA does occur in the foods we eat, in its dietary form, it binds to the amino acid lysine, that prevents it from serving the function endogenous ALA performs.24 A study on ALA conducted at Oregon State University states the following on its bioavailability:

”Typical dietary sources of LA are muscle meats, heart, kidney, and liver, and to a lesser degree, fruits and vegetables [11-13]. Though available from these normal nutritional sources, it is not likely that appreciable amounts of LA are consumed in the typical Western diet; rather, dietary supplements that typically range from 50 to 600 mg are the primary sources of LA, and most information as to its bioavailability comes from studies using supplements.” 20

For these reasons, the Save Institute recommends taking a daily supplement of at least 100 mg of alpha lipoic acid, and specifically a stabilized R-ALA. R-ALA is the naturally occurring bioavailable form of the compound.

Highest food sources of ALA: 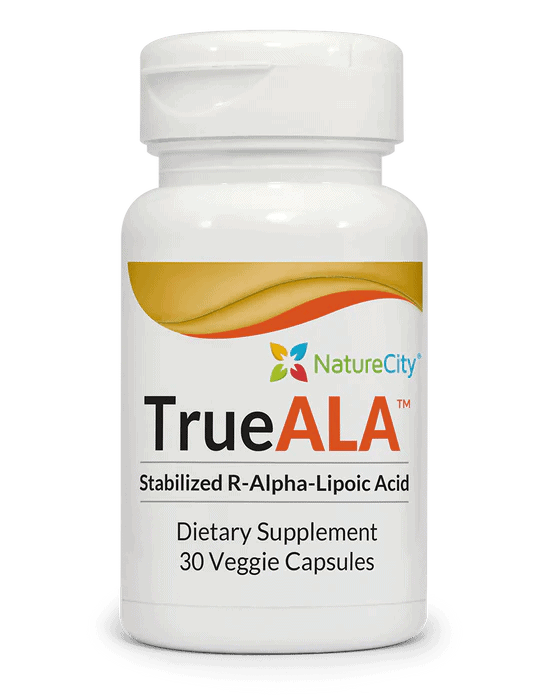 Exclusive 20% OFF TrueALA Coupon Code for Save Our Bones Readers!

If you are following the Osteoporosis Reversal Program, then you’re already consuming many of these foods, since the majority are Foundation Foods, and you’re also taking the Foundation Supplements in the correct dosages. And now you know that you are also increasing your glutathione levels to protect your bones and overall health.

15 Abraham, GE and Grewal, H. A total dietary program emphasizing magnesium instead of calcium. Effect on the mineral density of calcaneous bone in postmenopausal women on hormonal therapy. The Journal of Reproductive Medicine. May 1990. Web: https://www.ncbi.nlm.nih.gov/pubmed/2352244